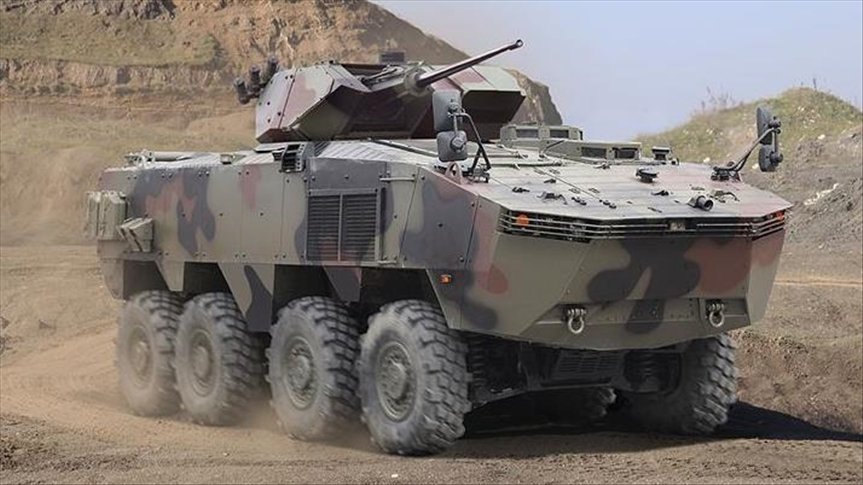 The vehicles were handed over to officials of the Somali Defense Ministry and Gen. Odowaa Yusuf Rage, head of the Somali National Armed Forces, at in the capital Mogadishu on Sunday evening.

The MRAP vehicles will be used by Somalia’s elite Gorgor Commandos in the fight against the al-Qaeda affiliated terrorist group al-Shabaab.

“Glad to participate in the handover ceremony of 8 fully armored Mine-Resistant Ambush Protected ‘Kirpi’ military vehicles and 14 military trucks donated by Turkey to Somali National Army,” the Turkish envoy said in a short statement on the embassy’s Twitter page.

Turkish forces have also been training Somali soldiers in Mogadishu and Turkey.

The 15th batch of Somalia’s Haramcad Special Forces completed their training by Turkish personnel at the TURKSOM Military Training Center, the Turkish Embassy said in another tweet on Sunday.