A hand recount of Georgia state's five million ballots has confirmed that Joe Biden is the first US Democratic presidential candidate to win the southern state in almost three decades. 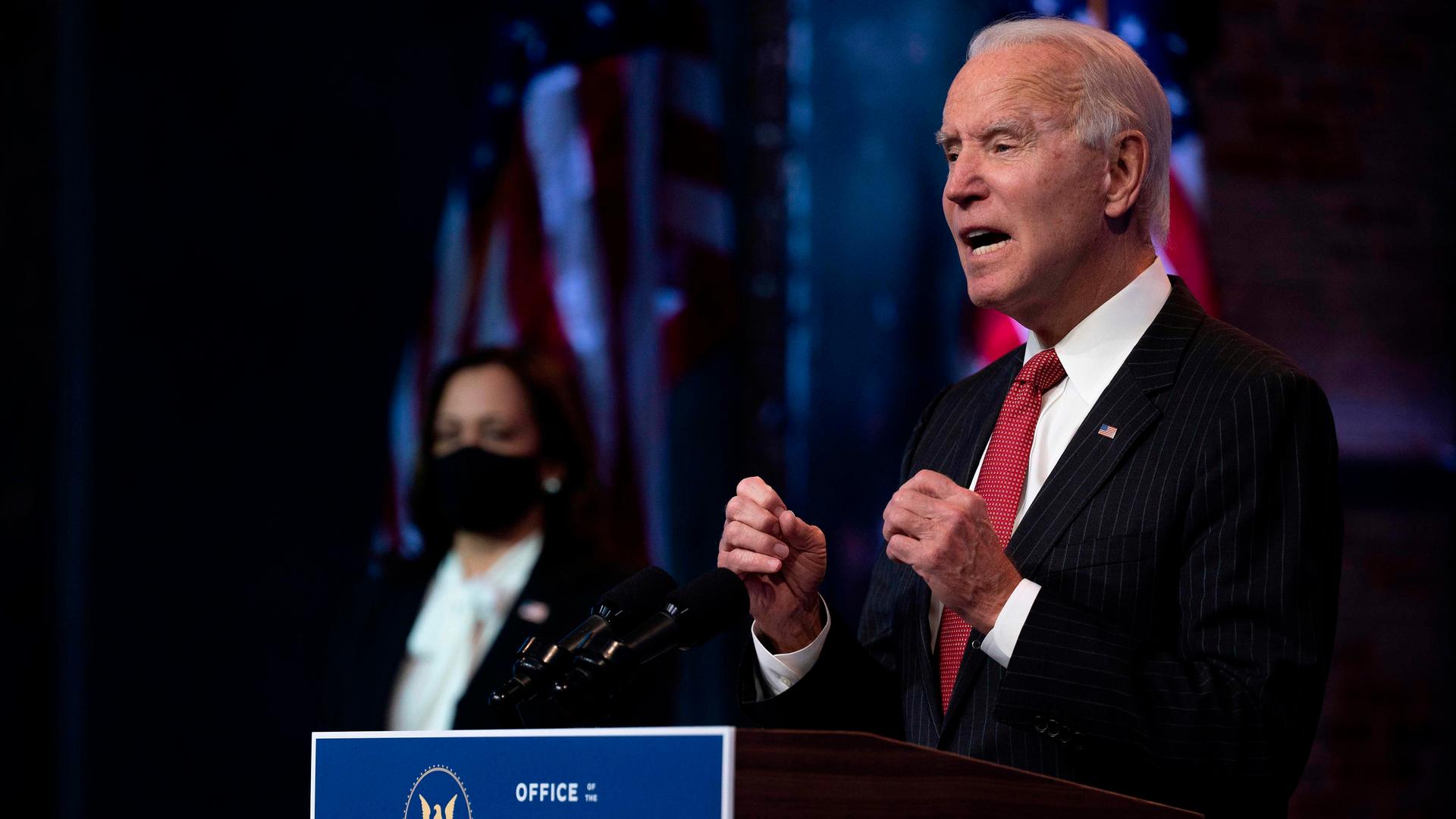 US President-elect Joe Biden has accused Donald Trump of brazenly damaging democracy, as the incumbent’s campaign to reverse his election loss through fraud claims was dealt another blow with a recount in Georgia.

Trump was behind “incredibly damaging messages being sent to the rest of the world about how democracy functions,” Biden told reporters in his home state of Delaware on Friday.

The incumbent US president has refused to accept his loss on November 3, despite his opponent getting over six million more votes.

Biden also won the Electoral College votes that ultimately decide who takes the White House by 306 to 232, flipping five states that went to Trump four years ago.

That includes Georgia, where a hand recount of its five million ballots confirmed Thursday that Biden is the first Democratic presidential candidate to win the southern state in almost three decades.

The recount showed Biden had won by 12,284 votes, according to figures posted on Georgia secretary of state Brad Raffensperger’s website – slightly fewer than the approximately 14,000 he originally led by.

According to law Georgia passed in 2019– Georgia is required have a state-wide hand Risk Limiting Audit (RLA), trigging a recount.

We are committed to counting every legal ballot. Georgia voters deserves accurate, secure results. We stand by our numbers.

After initially making baseless claims of widespread fraud, Trump has appeared to shift his strategy to asking states to overrule the will of voters.

In Michigan, Trump placed a telephone call to a Republican on a once-obscure board who wants to withdraw her certification of the election result in a heavily Democratic county that includes majority-Black Detroit.

“He was checking to make sure I was safe after seeing/hearing about the threats and doxxing,” Wayne County Board of Canvassers chairwoman Monica Palmer told the Detroit Free Press, referring to personal information posted about her on social media.

Trump also reportedly invited Michigan Republican lawmakers to the White House, even as his campaign withdrew a federal lawsuit that asked the courts to block final certification of the state’s results.

Asked about Trump’s calls with officials there, Biden said it was “another incident where he will go down in history as being one of the most irresponsible presidents in American history.”

“It’s hard to fathom how this man thinks,” Biden said. “I’m confident he knows he hasn’t won, is not going to be able to win and we’re going to be sworn in January 20th.”

Earlier Thursday Trump had dispatched his lawyer Rudy Giuliani to give a news conference where he read affidavits claiming fraudulent voter activity in multiple states and said the campaign would file a new lawsuit in Georgia.

Giuliani, a former mayor of New York, brazenly accused Democrats of being “crooks” who committed massive fraud in several battleground states “to steal an election from the American people.”

“It changes the result s of the election in Michigan if you take out Wayne County,” said Giuliani, who repeatedly wiped sweat from his brow and at one point had a dark liquid which may have been hair dye snaking down the side of his face.

As Giuliani and other Trump lawyers outlined claims that included charges of communist involvement, the president – apparently watching on television – took to Twitter to applaud them for laying out “an open-and-shut case of voter fraud.”

Chris Krebs, the top US election security official who was fired by Trump after calling the election the most secure ever, wrote on Twitter that the news conference was “the most dangerous 1hr 45 minutes of television in American history” and “possibly the craziest.”

Recount ‘did its job’

In Georgia, some discrepancies were found in Republican leaning counties, according to Gabriel Sterling, Georgia’s voting system manager who helped monitor the so-called risk-level audit.

“The good part was, the audit did its job. It found those tranches of votes,” he told Fox News.

Raffensperger, who like Sterling is a Republican, said prior to the results being released that there was no widespread voter fraud.

The focus on Georgia is not just because of the recount. The state’s two US Senate races are going to runoffs on January 5 that will determine control of the chamber and Biden’s ability to push through his agenda.

READ MORE: Does Trump stand a chance at overturning US election results?