Two Senate seats in the state are now held by Republican incumbents. They were forced into the January runoff contests after no candidate reached the 50 percent threshold needed to win outright in multi-candidate races. 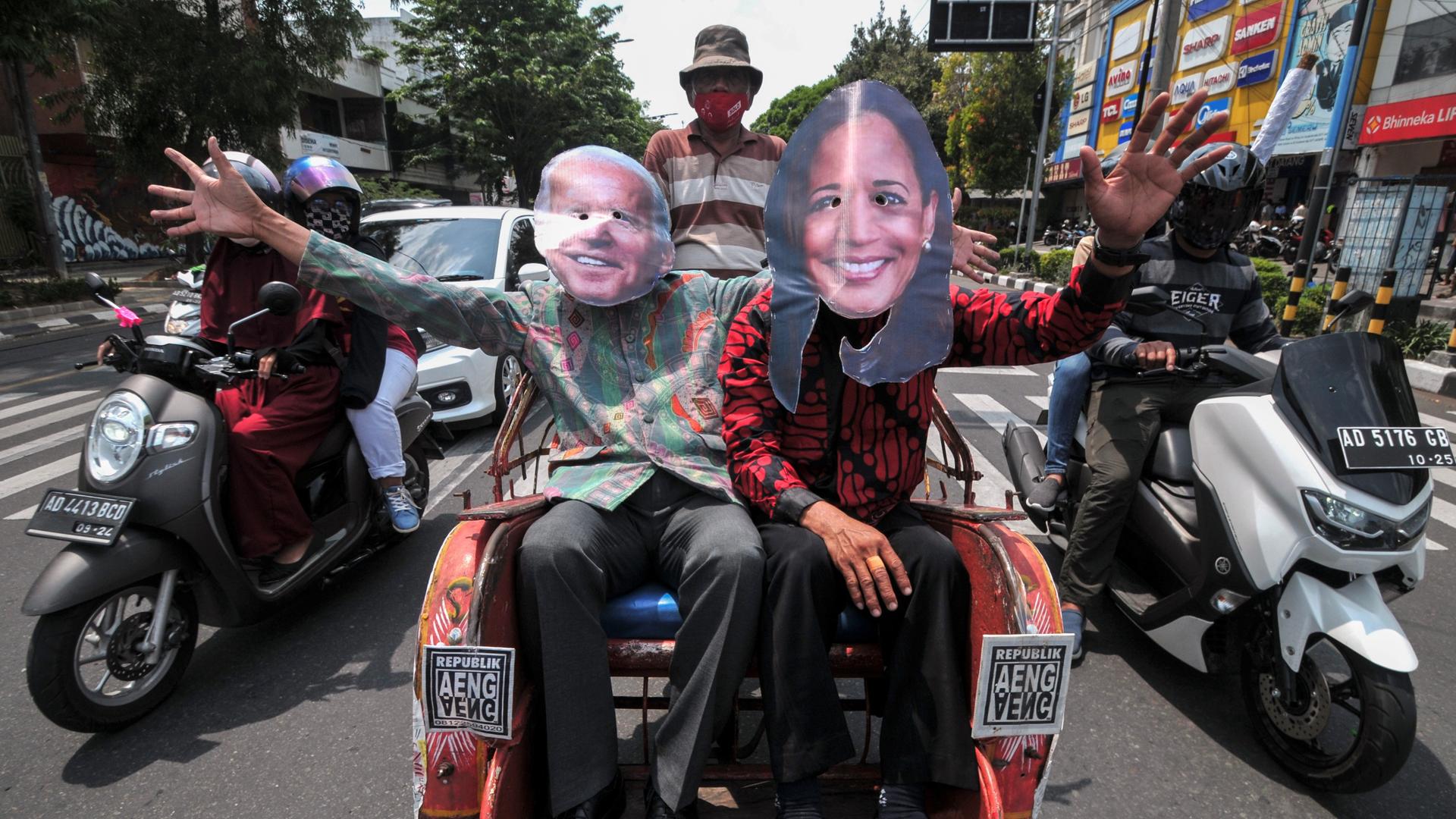 Control of the Senate likely won’t be decided until a January runoff in Georgia, even after Democrat Joe Biden won the White House on Saturday.

That post-election cliff-hanger will determine the balance of power in Washington, as neither party appears to have a lock on a Senate majority right now.

So far, the tally for the next Senate is 48 Republicans and 48 Democrats after Tuesday’s election. Two seats in Georgia are headed to runoffs on January 5. And seats in North Carolina and Alaska are still too early to call.

The stakes are high for a momentous political struggle in Georgia during President Donald Trump’s final days in office. The state is closely divided, with Democrats making gains on Republicans, fueled by a surge of new voters. But no Democrat has been elected senator in some 20 years. As much as $500 million could be spent on the two races, one strategist said.

“Now we take Georgia, and then we change America,” Senate Democratic leader Chuck Schumer told a crowd celebrating Biden’s victory Saturday on the streets of Brooklyn.

With a Democratic majority in the Senate, the party that also controls the House would have a firm grasp on power in Washington. Biden would have latitude over nominees, including for his Cabinet, and a chance to push major portions of his legislative agenda through Congress. If Democrats fall short, Senate Majority Leader Mitch McConnell, a Kentucky Republican, could wield the power to check Biden’s ambitions.

“The Senate is the last line of defense,” tweeted the National Republican Senatorial Committee as soon as the presidential race was called for Biden. It was a fundraising appeal.

The Senate is the last line of defense. #HoldTheLinehttps://t.co/Nhh9QR9EVl

Republicans have been working to retain their majority, but even if they secure the final two races where ballots are still being counted in North Carolina and Alaska, they would still fall short of the 51 seats needed.

In North Carolina, Sen. Thom Tillis is trying to fend off Democratic challenger Cal Cunningham in a tight race that is too early to call. Alaska GOP Senator Dan Sullivan is favoured for another term against Al Gross, an independent running as a Democrat.

The political math problem for Republicans is that the vice president of the party holding the White House casts the tie-breaking vote in the Senate. Next year that would be Vice President-elect Kamala Harris. That means 50 seats for Democrats would result in control over the chamber. But Republicans would need 51 seats to cement their hold on power.

That would put Georgia centre stage, as many expect is about to happen.

Both Senate seats in the state are now held by Republican incumbents. They were forced into the January runoff contests after no candidate reached the 50 percent threshold needed to win outright in multi-candidate races.

“Now more than ever, we NEED to keep the Senate in Republican hands,” tweeted Loeffler. She said Saturday that she and Perdue are “the last line of defense against the radical left.”

READ MORE: What’s next for Trump?

Ossoff’s campaign aired a new ad, detailing a “path to recovery” from the coronavirus pandemic and its economic fallout. He calls for following the advice of medical experts to deal with the virus and a massive infrastructure plan to create jobs.

“We need leaders who bring us together to get this done,” Ossoff says in the ad.

Biden had been mum on the Senate balance as he awaited the results in his own election, but he offered a preview before Tuesday’s election.

“I can’t tell you how important it is that we flip the United States Senate. There’s no state more consequential than Georgia in that fight,” Biden declared at an Atlanta rally on October 27, when he campaigned alongside Ossoff and Warnock.

Republicans agree. “It’s all on the line in Georgia,” said Steven Law, the president of Senate Leadership Fund, the outside group aligned with McConnell that spent big trying keep Senate control.

House Speaker Nancy Pelosi reminded her colleagues of the stakes for the entire party during the lame-duck sprint ahead.

“How we conduct it in the next two months will affect how we do in Georgia,” Pelosi told House Democrats, according to a person granted anonymity to discuss the private caucus call. She reminded colleagues to be “respectful.”

US election 2020: Biden takes Pennsylvania to become US president-elect