Central American authorities have confirmed more than 30 deaths with the majority of the victims in Nicaragua. The US National Hurricane Center has warned of "life-threatening flash flooding" due to heavy rainfall from Iota's tail. 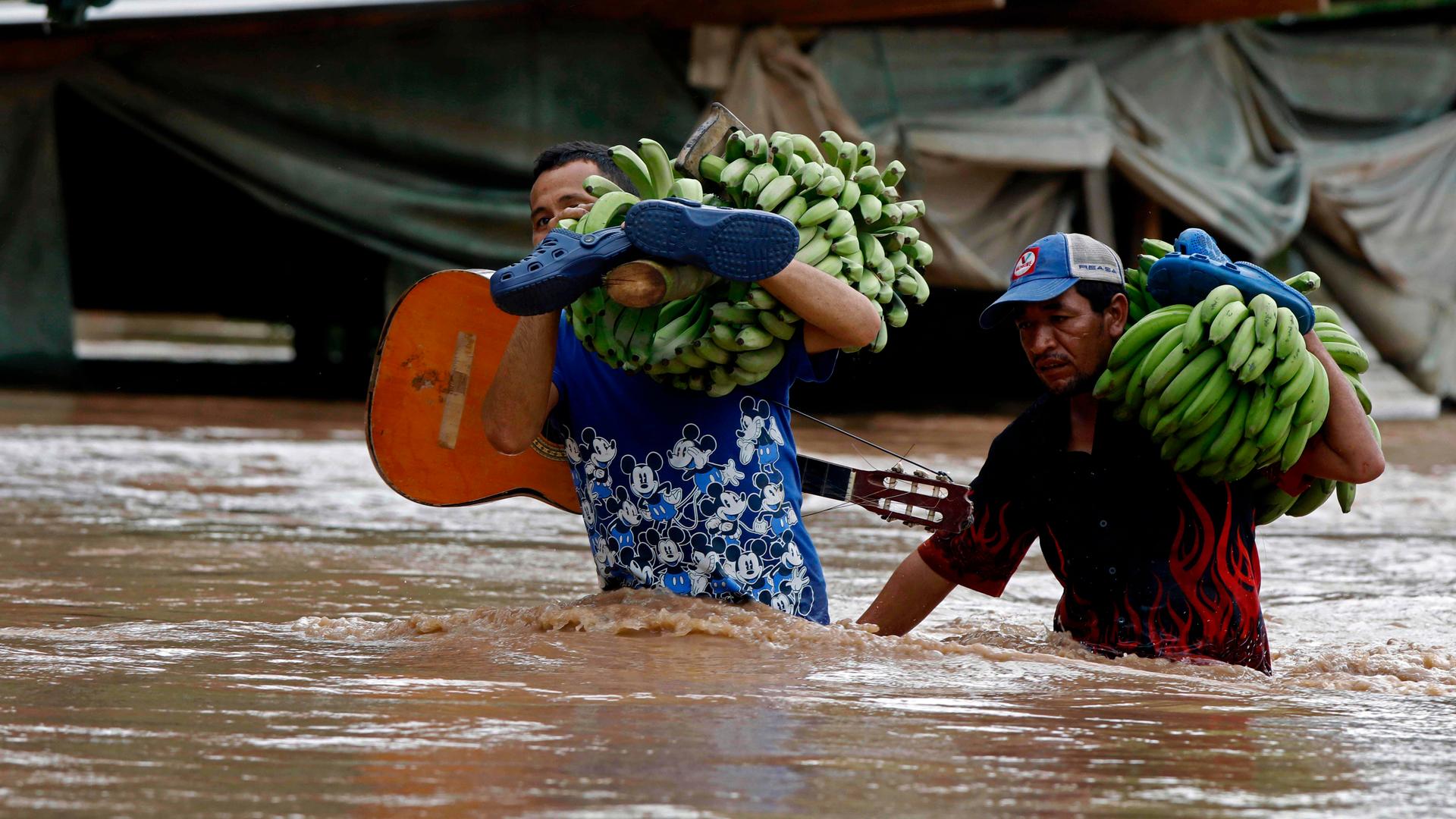 Iota’s death toll has risen to over 30 after the storm unleashed mudslides, smashed infrastructure and left thousands homeless in its wake across Central America, revisiting areas devastated by Hurricane Eta just two weeks ago.

Iota made landfall in Nicaragua as a “catastrophic” Category 5 hurricane on Monday, but its remnants will continue to be deadly through Thursday even as 2020’s biggest Atlantic storm subsided over El Salvador.

The US National Hurricane Center warned of “life-threatening flash flooding” across portions of Central America, due to heavy rainfall from Iota’s tail.

“Flooding and mudslides across portions of Honduras, Nicaragua and Guatemala could be exacerbated by saturated soils in place, resulting in significant to potentially catastrophic impacts,” the NHC said.

READ MORE : Iota weakens to tropical storm as it rips through Central America

Nicaragua has so far suffered the highest death toll from Iota. The giant hurricane slammed the country on Monday at its most powerful, leaving 18 dead, including two children who were trying to cross a river in the south.

The bodies of three of the victims were recovered after a landslide in the northern department of Matagalpa, and three others died in floods in Carazo in the west.

Five members of the same family died when their home was swept away in a landslide in El Trapiche, in northern Honduras, with at least one other person also dead in the country.

Another two people died in the Colombian Caribbean archipelago of San Andres, Providencia and Santa Catalina, as well as one woman in the indigenous community of Ngabe Bugle in Panama, where about 2,000 people hunkered down in shelters even as rains began to ease.

After blowing through Honduras, where it weakened from a hurricane to a tropical storm with sustained winds of 80 kilometres per hour, it swept into El Salvador on Tuesday.

A motorcyclist died after a tree was blown over by the wind, the Salvadorian government said. More than 800 people were evacuated from risk areas and placed in 230 shelters.

Roberto Gonzalez, a meteorologist from El Salvador’s environment ministry, told AFP Iota had sustained winds of up to 40 mph (65 kph) as it moved towards the west of the country, and was expected to be downgraded to a “low pressure system” from Wednesday.

Iota became the only Atlantic hurricane this year to reach Category 5 status – the maximum level on the Saffir-Simpson wind scale – soon before it made landfall in Nicaragua on Monday evening.

The hurricane made landfall in the same area as a Category 4 hurricane in early November, bringing widespread flooding and landslides that left 200 people dead across Central America.

Bilwi, the main city in Nicaragua’s northern Caribbean region, was devastated by the impact of Iota, only two weeks after being hammered by Eta.

He said Iota had demolished much of the infrastructure in the city of more than 40,000 people.

Thousands had been left homeless, and electricity and water services were destroyed.

Trees were downed and roofs ripped off houses, including one hotel, said the disaster agency Sinapred. The coastal city’s dock had been swept away.

Authorities had rushed to evacuate thousands of people from coastal areas of Nicaragua and Honduras in the immediate path of the storm.

The Atlantic has seen a record storm season this year, with 30 named storms and 13 hurricanes.