Iota has weakened from a hurricane to a tropical storm with maximum sustained winds of 80 kph after leaving at least six dead in Nicaragua. 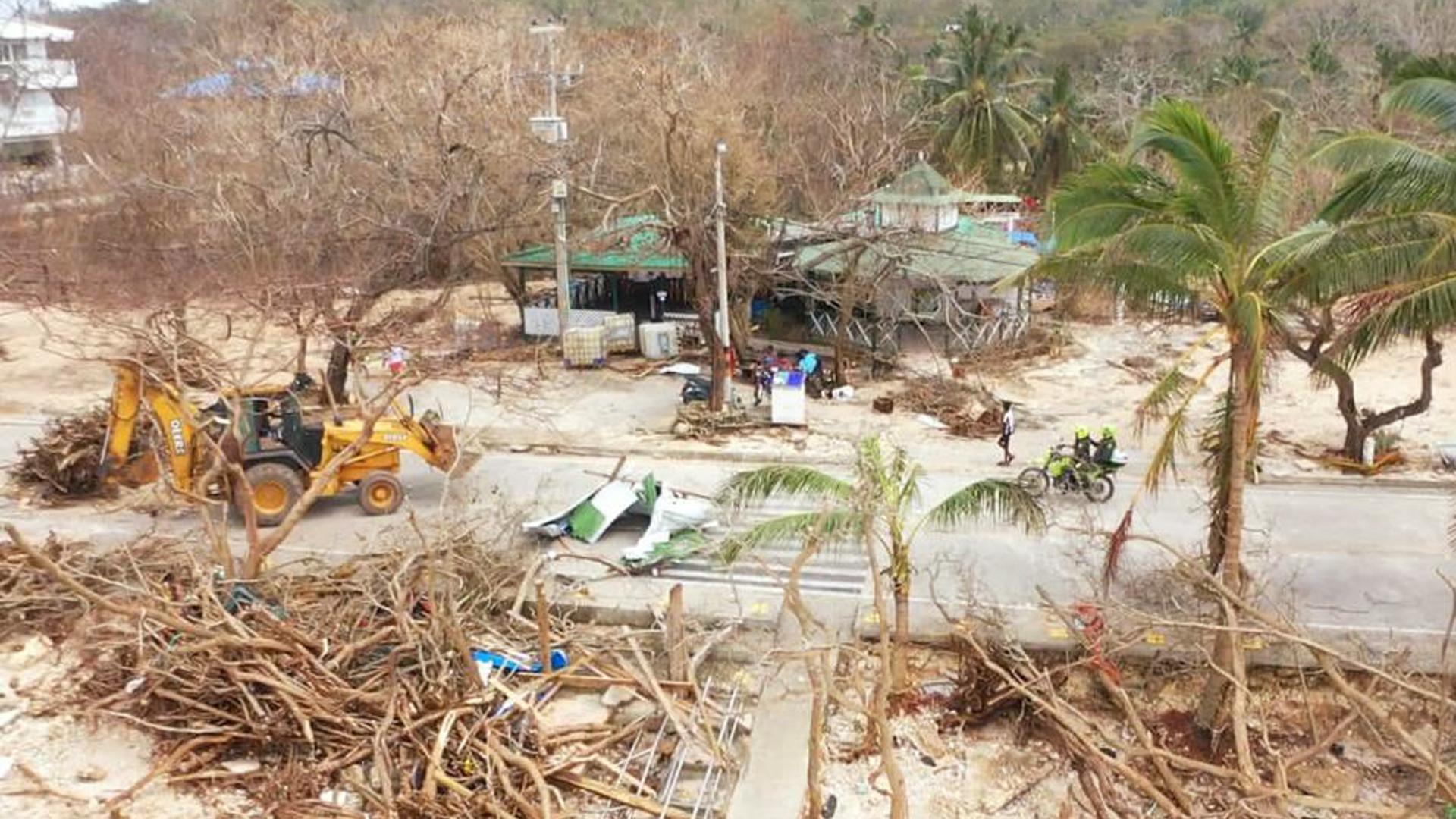 Colonel John Fredy Sepulveda, the police chief on Providencia, said the local hospital had lost part of its roof and the territory of around 6,000 people was without power.

Rescuers in the Honduran community of Tocoa helped evacuate hundreds of people who were left trapped by the rising waters of the Aguan River, which had overflowed its banks and flooded several homes.

In Nueva Jerusalen, winds had destroyed the roof of a health center, damaged at least 38 homes and uprooted trees, according to Copeco.

Hurricane Eta made landfall in the same area as a Category 4 hurricane in early November before easing to a tropical storm, bringing widespread flooding and landslides that left 200 people dead.

Prinsila Glaso, 80, told AFP on Monday that her community south of Bilwi had been “destroyed” in the wake of Eta, and worried Hurricane Iota would leave little behind.

The Atlantic has seen a record storm season this year with 30 named storms and 13 hurricanes.

Shelters in Nicaragua, already stretched by those made homeless by Eta, were overwhelmed by new arrivals, Eufemia Hernandez, coordinator of a centre at Uraccan University, told AFP.

El Salvador and Panama declared a “red alert” ahead of the hurricane’s projected path through Central America. Neighboring Guatemala, with vast areas still recovering from Eta, was also on high alert.

Local media reported that more than 175,000 people had been evacuated since Saturday, mostly in areas previously flooded by Eta.