President Ilham Aliyev says his country's troops have freed 23 more villages from Armenian occupation, a day after liberating the key town of Shusha in landlocked region. 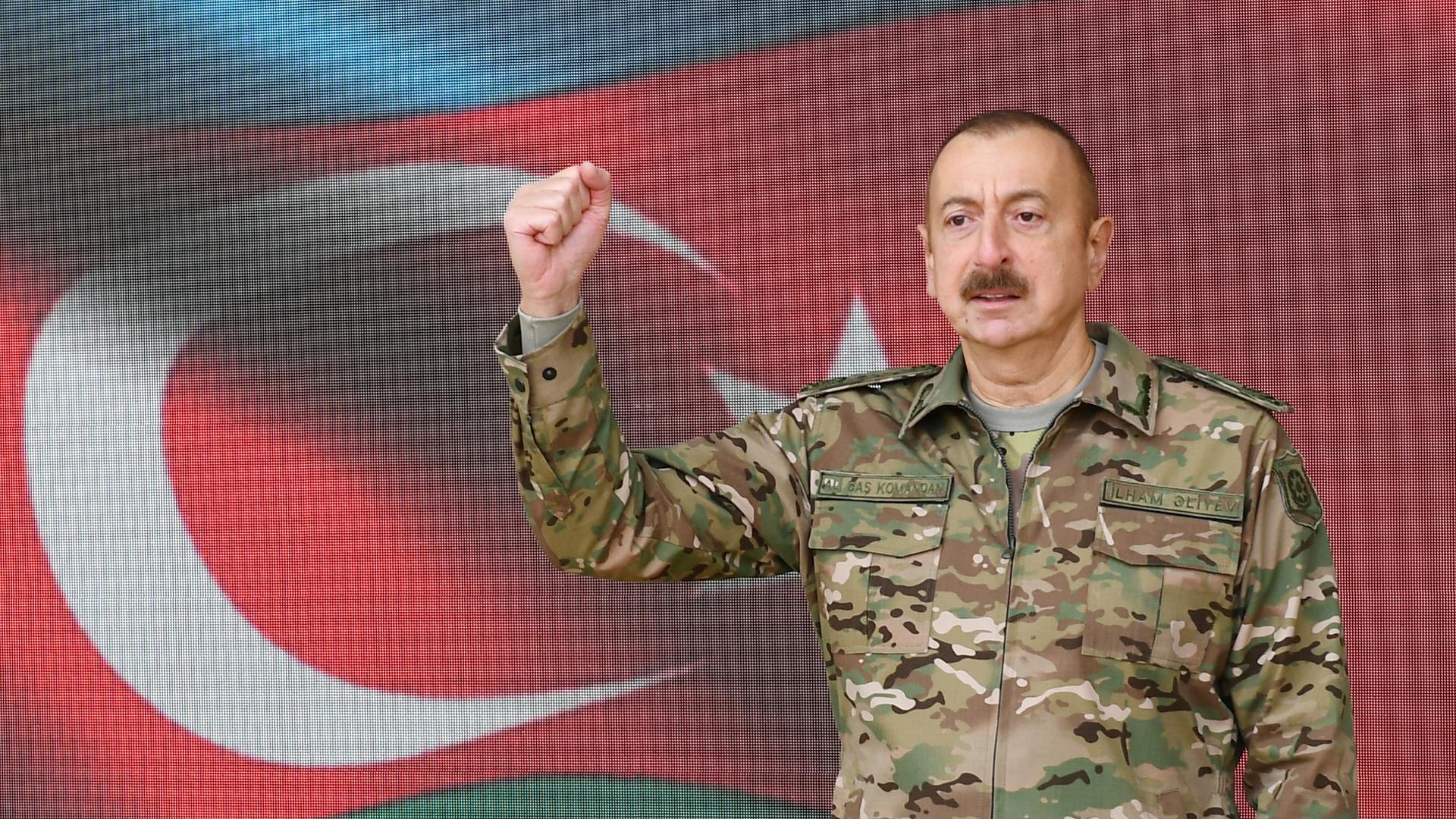 Azerbaijan’s military has retaken almost two dozen villages from Armenian occupation as fighting continues inside the South Caucasian region of Nagorno-Karabakh, a site of deadly clashes since late September.

On Monday, Azerbaijan’s President Ilham Aliyev announced that his country’s troops have freed 23 more villages in the ongoing clashes.

Azerbaijan’s army has liberated five cities, three towns and nearly 240 villages as well as some strategic hills from Armenian forces’ occupation since it launched an operation in Nagorno-Karabakh region on September 27.

Also on Monday, the self-declared Defence Ministry of the Karabakh region said its military reported 44 new casualties, pushing its military death toll to 1,221 since fighting began in late September.

Azerbaijan has not shared its military casualties yet.

The latest success comes a day after Baku retook the key town of Shusha from the Armenian soldiers and militants.

The fortress town sits on cliffs around 15 km from Nagorno-Karabakh's largest city Stepanakert and on the main road to Armenia.

"After 28 years, the adhan [call to prayer] will be heard in Shusha," Aliyev said in his address to the nation on Sunday, adding Shusha has critical importance in liberating the entire Armenia-occupied Karabakh.

On Monday, Armenian forces in Karabakh said they're no longer in control of Shusha, the enclave's second-largest city, and Azerbaijan's soldiers are closing in on the main city Hankendi (or Stepanakert).

Relations between the two former Soviet republics over Nagorno-Karabakh have remained tense since 1991 with the latest clashes starting in September.

Since then, three ceasefires have been violated.

Armenia has been accused of attacking Azerbaijani settlements and killing civilians.

#Moscow, the Azerbaijanis celebrate the liberation of #Shusha from #ArmenianOccupation! #Armenia must understand that nothing can break the determination and resilience of the brave people of #Azerbaijan and should admit the defeat!#StopArmenianAggression pic.twitter.com/7LDsOVsKFM

About 20 percent of Azerbaijan's territory – including Upper Karabakh and seven adjacent regions – has been under Armenian occupation for nearly three decades.

President Erdogan on Monday said Turkey was supporting Azerbaijan, which has been forced to take up this fight against Armenian oppression in the face of no viable alternative resolutions.