At least 41 people have been wounded after anti-government demonstrations turned violent, medics say. 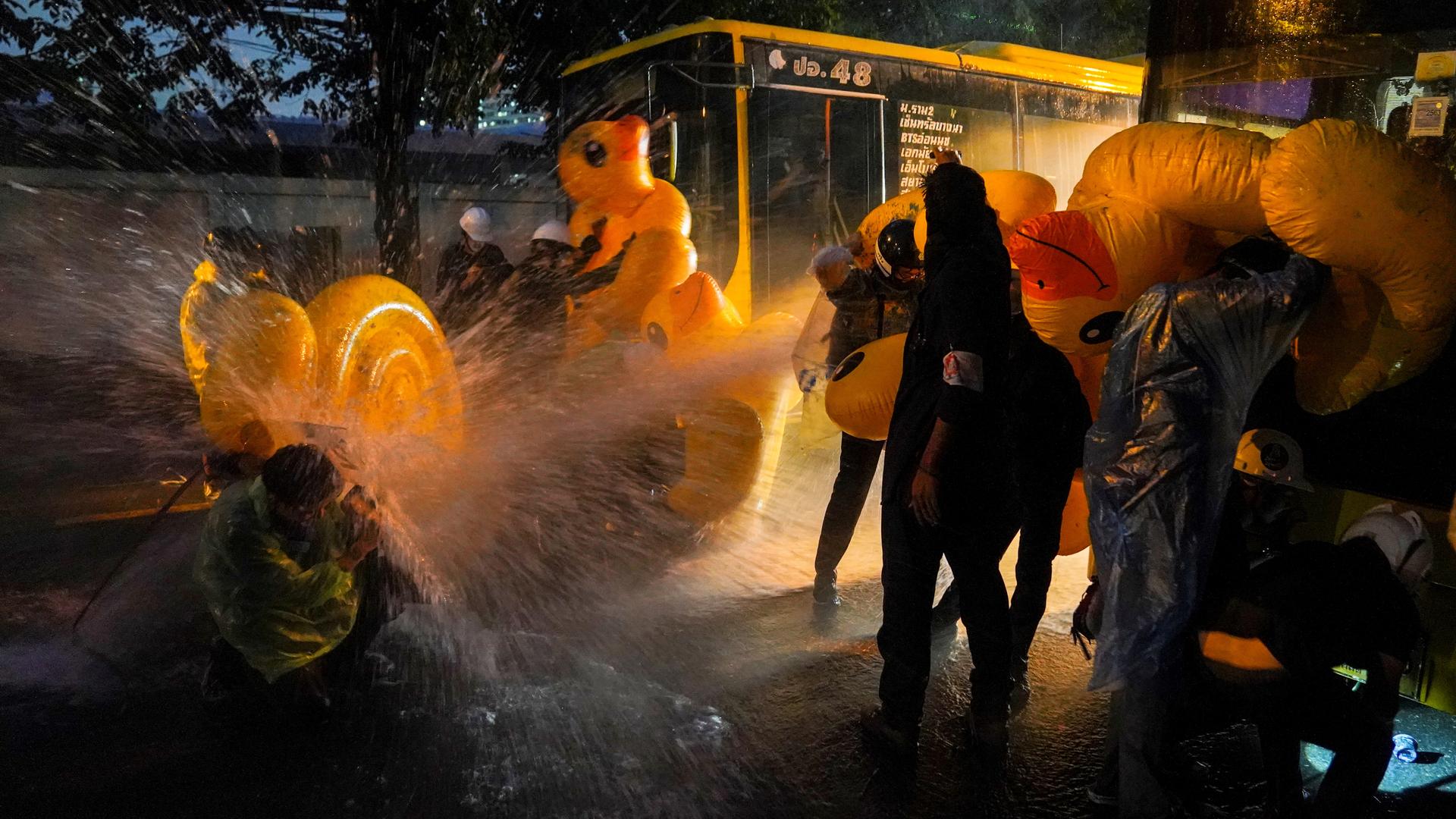 At least 41 people have been hurt during protests in Thailand’s capital Bangkok, including five with gunshot wounds.

The city’s Erawan Emergency Medical Centre did not give a full breakdown of the injuries on Tuesday but earlier it said that 12 people had suffered from teargas fired by police.

It did not say who had been shot or how they had been wounded.

In addition to the confrontation between police and protesters, there was also a fight between protesters and a group of royalists.

It was by far the most violent day of protests that began in July to demand the resignation of Prime Minister Prayuth Chan-ocha, a new constitution, and curbs on the powers of King Maha Vajiralongkorn.

Riot police officers stand guard as water cannons are being used during an anti-government protest as lawmakers debate on constitution change, outside the parliament in Bangkok, Thailand, November 17, 2020. REUTERS/Soe Zeya Tun #ม็อบ17พฤศจิกา pic.twitter.com/dGTzlapGLx

Thousands of protesters gathered at different points and the number grew into the evening.

"This is brutal," said a 31-year-old volunteer with the FreeYouth protest group, who gave his name as Oh.

"Police had to use teargas and water cannon because protesters were trying to break through the barriers," deputy head of Bangkok police, Piya Tavichai, told Reuters news agency.

The Royal Palace has made no comment since the protests began, although the king himself recently described Thailand as a "land of compromise" when asked about the protests.

"This is not a compromise," said Thanathorn Juangroongruangkit, a former opposition leader who was banned from parliament in a legal decision he says was politically motivated.

Prayuth took power as the head of a military junta in 2014 and remained in office as prime minister after an election last year.

Prayuth rejects opposition accusations that the election was unfair.

The last five months have seen the rise of a protest movement demanding deep reform to a system that demonstrators say entrenches the military's grip on power.

Lawmakers were discussing several proposals for constitutional changes, some of which would exclude the possibility of altering the monarchy's role.

There is also discussion of the role of the upper house Senate, which was entirely selected by Prayuth's former junta and helped ensure that he kept power with a parliamentary majority after last year's disputed vote.

Some protesters scuffled with dozens of yellow-shirted royalists who had remained behind after an earlier demonstration by hundreds of right-wing Thais calling on lawmakers not to make changes to the constitution.

"Amending the constitution is going to lead to the abolition of the monarchy," royalist leader Warong Dechgitvigrom told reporters.

Protesters have said they do not want to abolish the monarchy.