Azerbaijani President Ilham Aliyev announced in a televised message that the strategic city of Shusha, which remained in the illegal occupation of Armenia for more than two and a half decades, had been retaken by Azerbaijan's army. 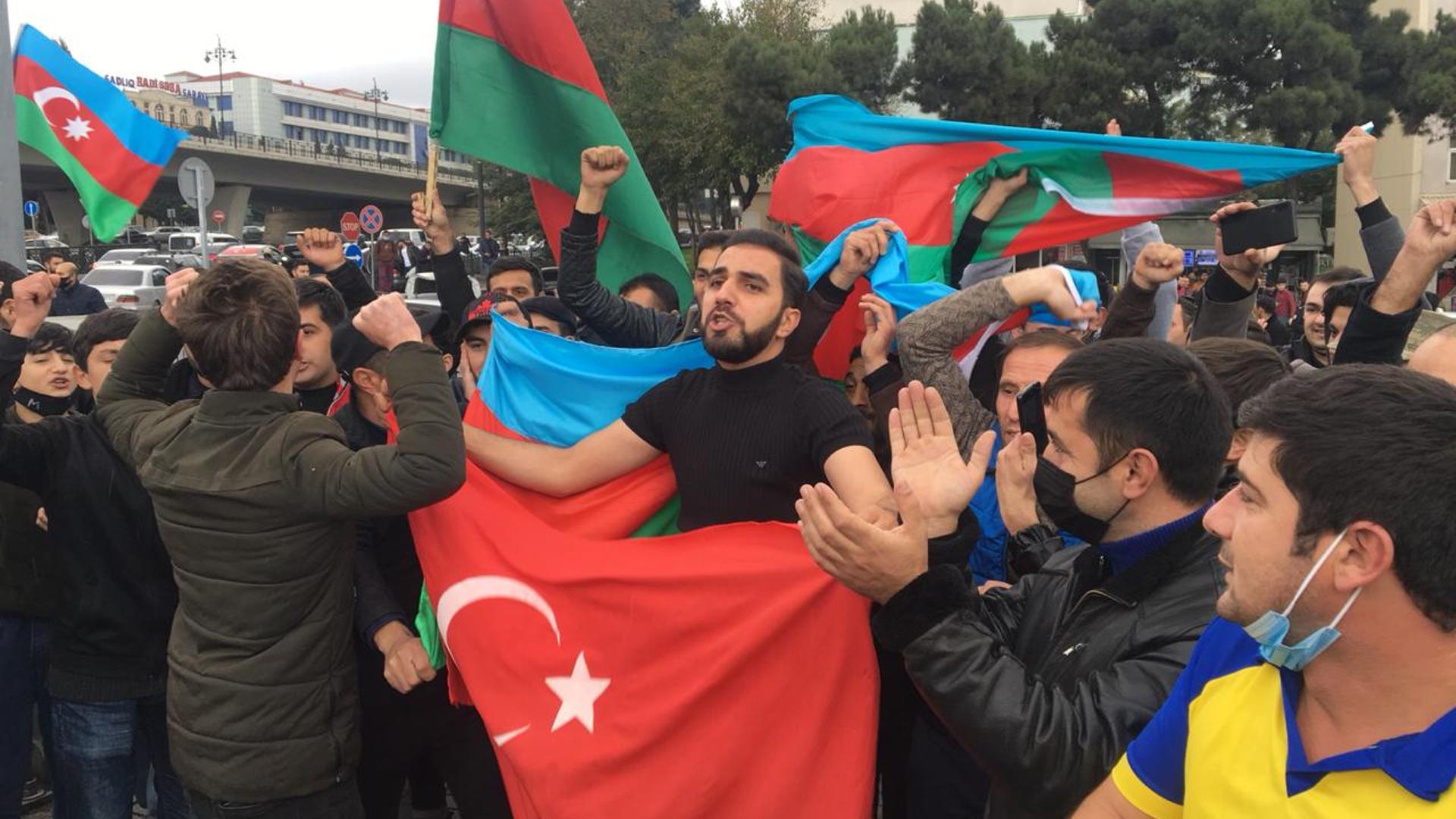 The Azerbaijani city of Shusha has been retaken from Armenian forces.

“After 28 years, the adhan [call to prayer] will be heard in Shusha,” Azerbaijani President Ilham Aliyev said in his address to the nation on Sunday.

“We proved to the world Upper Karabakh is historical Azerbaijani lands,” he said.

“Our victory march continues. If the Armenian leadership does not respond to my demands, we will go till the end,” Aliyev said in his speech in the Alley of Martyrs in the capital Baku. Shusha was occupied by Armenia on May 8, 1992.

He also said Turkey shares the happiness of Azerbaijani people, who have been liberating their occupied cities and Karabakh step-by-step.

What has been Turkey’s reaction to the liberation of Shusha from Armenia’s occupation? We ask our correspondent Andrew Hopkins pic.twitter.com/TNIHxEAEGH

Also welcoming the news, Vice President Fuat Oktay said that the establishment of sovereignty is an important development and good news for Azerbaijan.

"Shusha is liberated from the Armenian occupation. Congratulations on your victory, my dear brother [country]," Oktay said on Twitter.

Foreign Minister Mevlut Cavusoglu joined them in welcoming the liberation of Shusha, which he called the capital of culture.

"On the National Flag Day, the glorious Azerbaijani flag will fly over Shusha forever. Live in happiness with your tricolor flag, Azerbaijan," he said.

Presidential spokesman Ibrahim Kalin also shared his congratulations on the liberation of the strategically important city of Azerbaijan via Twitter.

Also, Omer Celik, the spokesman for the ruling Justice and Development (AK) Party, expressed happiness over the Shusha victory.

Fresh clashes broke out on September 27, and since then Armenia has repeatedly attacked Azerbaijani civilians and forces, even violating three humanitarian cease-fire agreements since October 10.

To date, at least 92 civilians have lost their lives, including 11 children and infants, and some 404 people, with at least 36 children among them, have been injured in recent attacks by Armenian forces, according to Azerbaijan's Chief Prosecutor's Office.

Some 3,064 houses and 100 multi-apartment residential buildings have been destroyed, while 504 civilian facilities have been damaged.

The latest US-brokered temporary humanitarian ceasefire between Azerbaijan and Armenia went into effect on October 26. However, it was short-lived, as only a few minutes after it got effective, Armenian forces again violated the truce.

The first armistice, reached on October 10, was violated within 24 hours as Armenian missile attacks on the Azerbaijani city of Ganja claimed many civilian lives.

Another truce on October 17 was also violated by Armenia troops.

Relations between the two former Soviet republics have been tense since 1991, when the Armenian military occupied Upper Karabakh, or Nagorno-Karabakh, an internationally recognized territory of Azerbaijan, and neighbouring regions.

About 20 percent of Azerbaijan's territory – including Nagorno-Karabakh and seven adjacent regions – has been under illegal Armenian occupation for nearly three decades.

Multiple UN resolutions also call for the withdrawal of the invading forces.