Pakistan’s Prime Minister Imran Khan’s first visit to Kabul comes amid surging violence across Afghanistan that has worsened despite peace talks between Afghan government negotiators and the Taliban in the Qatari capital Doha in September. 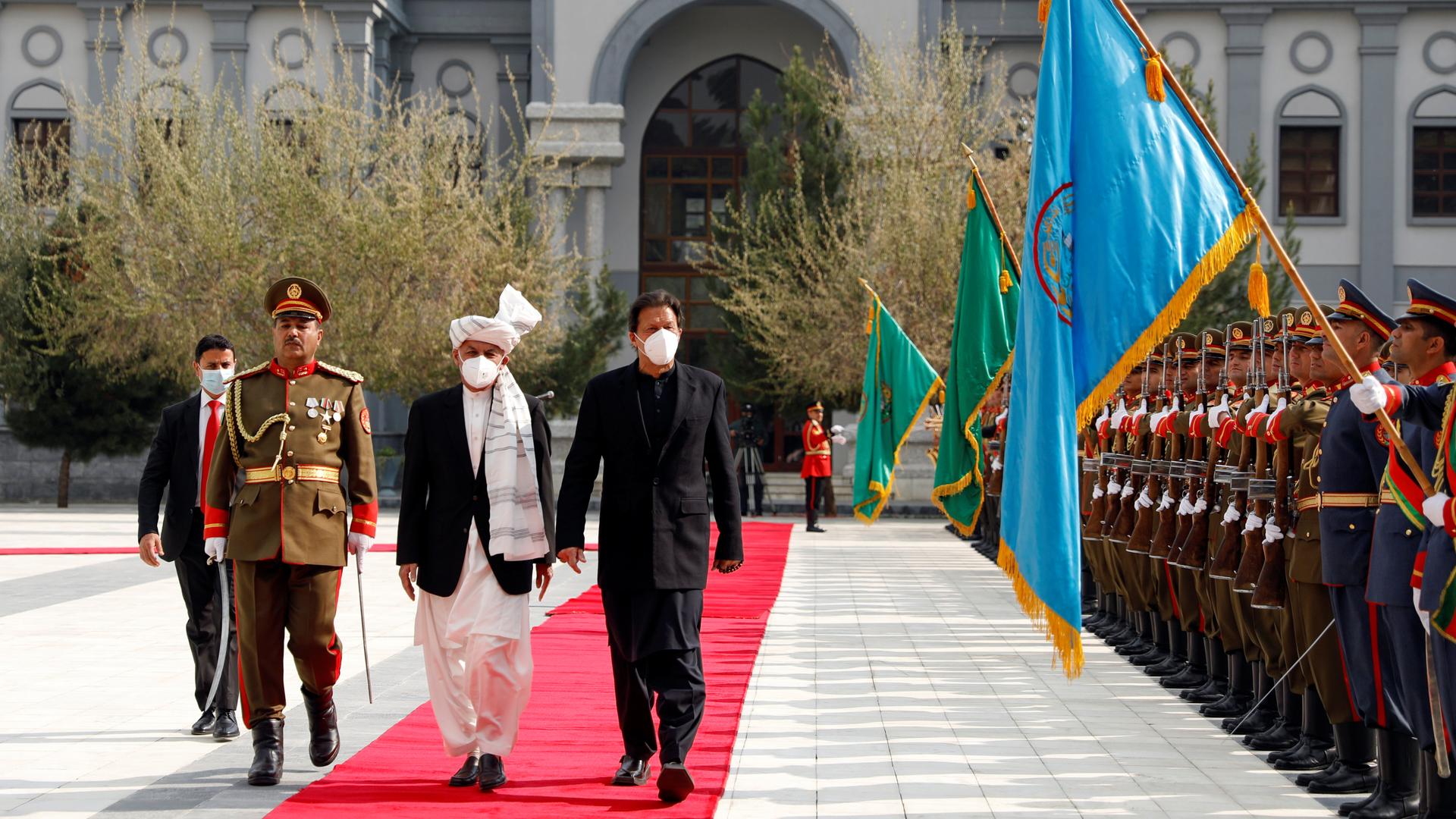 Pakistani Prime Minister Imran Khan has met with Afghan President Ashraf Ghani on his first official visit to Kabul, focusing on the ongoing peace talks with the Taliban as well as on building trust and strengthening relations between the two often acrimonious neighbours.

Ghani called Khan’s Thursday visit “historic” while the Pakistani prime minister assured the Afghan leader that his government would do “everything possible” to help reduce violence in the war-torn country.

The visit comes at a crucial time for Afghanistan as Kabul government negotiators and the Taliban are holding US-brokered negotiations in Qatar, where the Taliban maintain a political office, to chart a course for a post-war Afghanistan.

“You come with a series of very important messages ... but fundamental to this is that violence is not an answer, a comprehensive political settlement for an enduring peace within the framework of our values, our Constitution in the Islamic Republic is the way to the future,” Ghani told Khan at the presidential palace.

Khan acknowledged Pakistan had played a key role in getting the Taliban to the negotiating table and that Islamabad remains concerned that “despite the talks in Qatar, the level of violence is rising."

“Whatever is possible, we will do to help reduce the violence," and help move the Afghan-Taliban talks toward a ceasefire, Khan said. “The whole objective of this visit is to build trust, to communicate more. ... We will be helping you.”

Neither of the leaders addressed this week's announcement from Washington of an accelerated US troop withdrawal from Afghanistan, which has rattled both sides in the Afghan conflict.

There are fears of worsening violence and regional chaos, which some say could embolden the local Daesh group's affiliate to regroup and perhaps even try to build another “caliphate.”

Under an earlier deal between the US and the Taliban that outlined a gradual pullout, the remaining US forces were to leave Afghanistan by next April.

The Pentagon now says some 2,500 troops will leave by January, just days before President-elect Joe Biden’s inauguration, leaving another 2,000 or so US forces in place.

Pakistan has been applauded by Washington and Kabul for its role in getting the Taliban to the peace table, the first indirect talks with the United States, which resulted in an agreement that led to the so-called intra-Afghan negotiations now underway in Doha.

Khan's visit followed that of Afghanistan’s chief peace envoy Abdullah Abdullah, who visited Pakistan in September as the uneasy neighbours turned a corner from a relationship marked by suspicion and downright hostility toward a partnership for peace in the region.

Former Afghan prime minister and leader of Hezb-e-Islami, Gulbuddin Hekmatyar also visited Islamabad in October, where he underlined the importance of exercising vigilance and guarding against the role of "spoilers" both within and outside.

Many Afghans still view Pakistan with deep mistrust, blaming it for the resurgence of the Taliban and for giving the insurgents a safe haven from which to operate.