Protests since July have increasingly called for reforms to the powerful monarchy, breaking a long-standing taboo against criticising the institution, as well for the removal of Prime Minister Prayuth Chan-ocha and a new constitution. 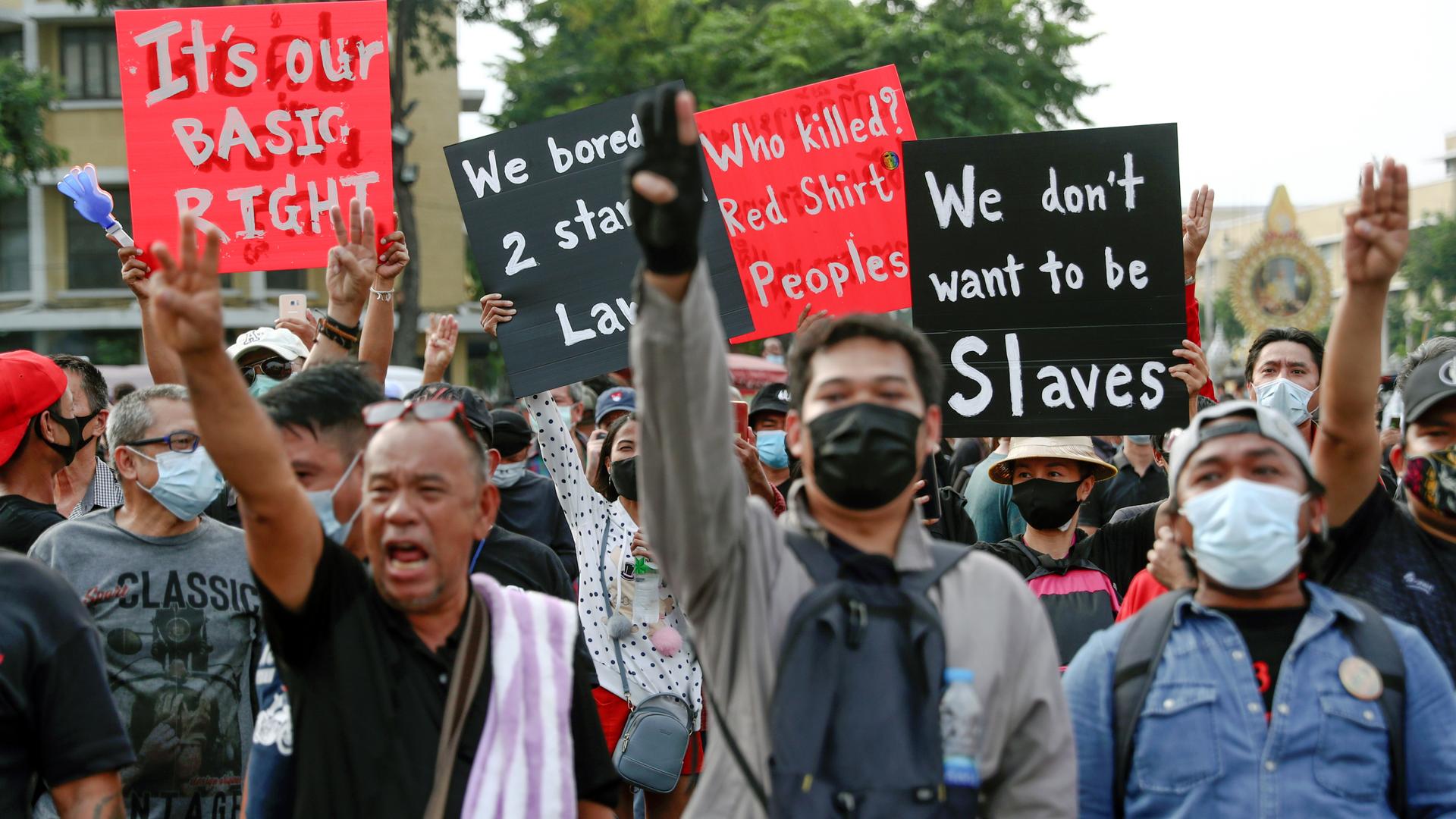 Thai protesters have called on King Maha Vajiralongkorn to reach out for dialogue as they gathered for the latest demonstration in months of protests, while counter-protesters chanted royalist slogans nearby.

“We hope you will change your behaviour once and for all and become a King of all people,” rights lawyer and protest leader Arnon Nampa said in a letter to the king posted online on Sunday.

“I hope Your Majesty will open your mind and reach out to dialogue with us to solve the crises together.”

The Royal Palace was not available for comment. It has not commented since the start of the protests, but the king said a week ago that the protesters were still loved and that Thailand was a land of compromise.

Criticism of the monarchy can be punished with 15 years in jail under Thailand’s lese majeste laws, but it has become widespread in recent weeks.

Protesters at Bangkok’s Democracy Monument were asked to bring letters for the king. Some of the more than 1,000 who gathered there had folded letters into paper darts. Organisers have not said how the messages would be delivered.

Police told a news conference that public gatherings were banned within 150 metres of royal buildings.

Several dozen royalists also gathered on the other side of Democracy Monument, wearing yellow shirts in the colour of the king and waving Thai flags. Many held up pictures of the king and his late father, King Bhumibol Adulyadej.

“I want to protect the monarchy and the king,” said Chutima Liamthong, 58. “The monarchy is the identity of Thailand. We cannot stand without the monarchy,” she said.

Monarchists see the student-led protesters’ demands for reforms to the institution as a way of getting rid it of entirely, although protesters deny that is their goal.

READ MORE: Why has Thailand declared a state of emergency?

The protesters seek to put the king more clearly under the constitution, reversing changes he made shortly after taking the throne as well as moves he made to take personal control of the palace fortune and some army units.

The protesters say the monarchy has helped enable decades of military domination of Thailand, most recently by approving the premiership of Prayuth, who seized power in a 2014 coup and kept it after disputed elections last year.