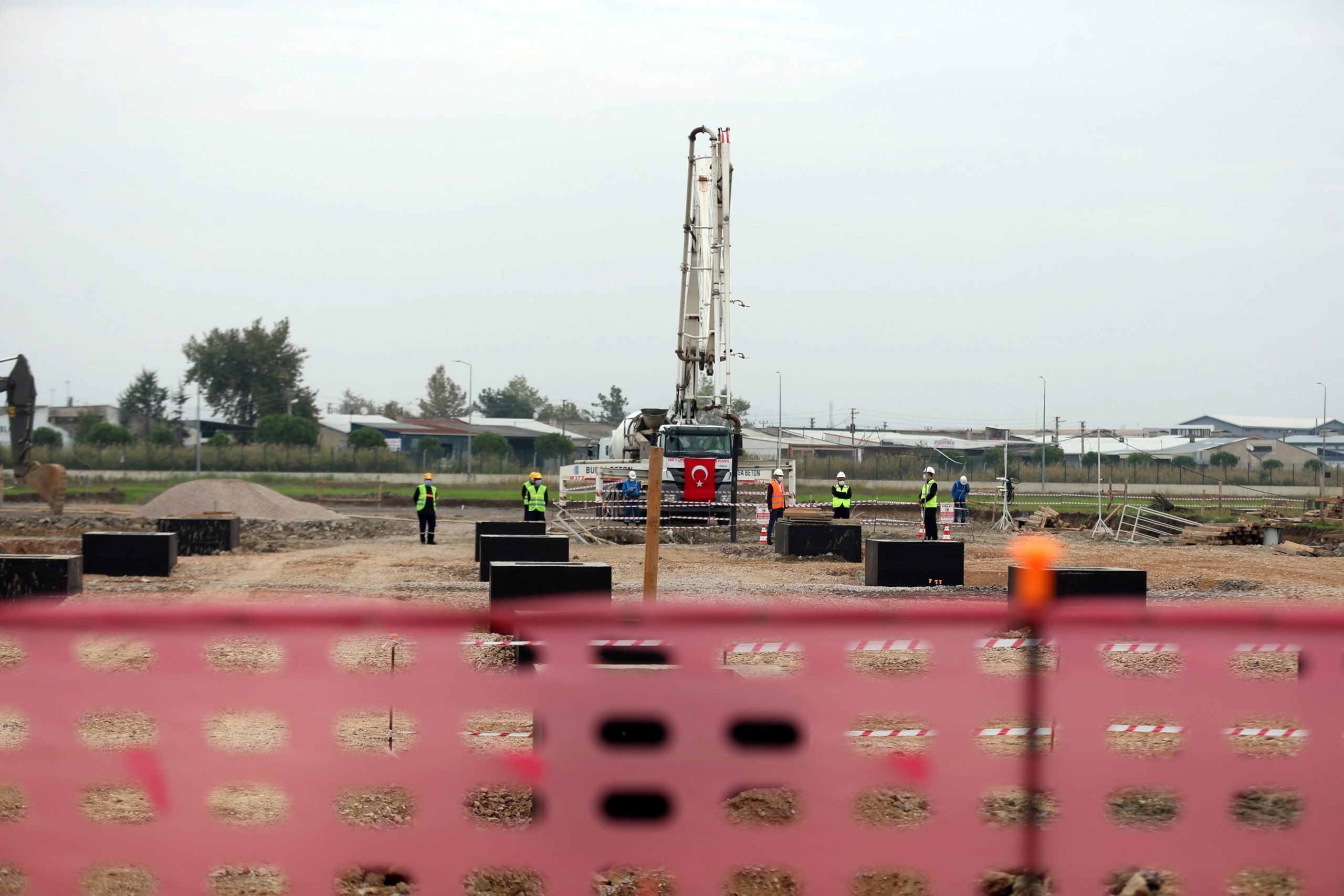 A general view of the area in the northwestern Bursa province where Nestle will build Turkey’s first medical nutrition plant, Oct. 30, 2020. (Industry and Technology Ministry via AA)

Set to be established with an investment worth TL 250 million ($30 million), the facility will be Nestle’s largest investment in Turkey since 2011 and its fifth factory in the country.

It will generate approximately 400 direct and indirect jobs, Industry and Technology Minister Mustafa Varank said, speaking at the groundbreaking ceremony.

Once the factory starts production, it will meet 63% of Turkey’s medical nutrition product imports, Varank said.

“In other words, with this investment, a major indigenization move in the field of medical nutrition has been implemented,” Varank noted.

Nestle stands as one of the most established companies in Turkey, where it has been doing business for 114 years.

The company has a similar investment in China as well, Varank said. “After China, they establish such a factory in Bursa for the first time, taking into account the potential that our country carries. This factory, which will use the most advanced automation techniques and the latest technologies, will begin production in August 2021,” the minister noted.

The investment will enable the production of nutritional products prescribed by doctors and sold in pharmacies.

“These products offer solutions to different health problems, from pediatric allergies in children to malnutrition problems in the elderly. Unfortunately, due to reasons such as cancer, surgery and neurological disease, some of our citizens may face difficulty in eating. Thanks to this factory, the medical products needed for these patients to eat in a healthy way will now be produced in our country,” Varank explained.

Nestle has one of the largest research and development (R&D) networks in the food and drink field in the world and is a brand that makes over $1.7 billion R&D investments per year, said the minister.

Varank stressed they would want Nestle to establish an R&D center in the northwestern province.

Nestle pioneers many firsts in Turkey

The factory in Bursa will meet an important need in the field, said Nestle Turkey CEO Ansgar Bornemann, addressing the ceremony via video link.

Bornemann said the medical nutrition products to be produced in the new facility will also be exported.

“By moving 100% of the production of our oral medical nutrition products to this land, we will produce locally a large part of the products currently obtained from abroad,” he noted.

In addition, Bornemann said, the factory will also take an important role in the development of the country’s economy, as products produced in the facility will be exported all over the world.

“As one of the country’s first global investors, we pioneered many firsts in Turkey. In the 97th year of the republic, where we have been close witnesses since the beginning, we are making another first with this pioneering investment. We are also proud to contribute to Turkey, where we have been existing for many years and which is one of the fast-growing, valuable markets of the Nestle world,” he added.

Incentive certificates for over TL 142B investments

Elaborating on the investments and incentives in the country, Varank said there was a noteworthy increase in fixed investments.

From January through September of this year, he stressed incentive certificates were issued for investments exceeding TL 142 billion. “More than 220,000 jobs will be created once these investments are completed,” Varank said.

Varank said that foreign companies in Turkey are working very efficiently and profitably and that they are very pleased particularly with the logistics opportunities the country offers.

“With the outbreak, global companies have personally experienced the drawbacks of adhering to a single center in production. They are now reconsidering their investment decisions. The center of gravity in global production is beginning to move away from the Far East, spreading to wider geographies. New centers will emerge, the balance of power will change. Turkey can be a very strong regional center of production and innovation. There are no obstacles to this,” Varank noted.

With its strong industrial infrastructure, well-trained workforce and near-perfect supply networks, Turkey will not disappoint anyone who invests in the country, the minister added.

“The Turkish industry has proved itself during the pandemic. It demonstrated its strength in its capacity to respond to emergencies. It has proven how it can create innovative solutions in difficult times,” Varank added.

The minister further stressed the country, under the leadership of President Recep Tayyip Erdoğan, managed the coronavirus pandemic with a proactive approach, stressing that similar moves were taken to ensure the sustainability of production.

Eurozone economy posts record 12.7% growth in Q3 but fears hinges on for winter

Tech giants, including Facebook, Amazon, report higher profits – some more than others