France’s Interior Minister Gerald Darmanin last month proposed a measure long sought by police unions that will make it a crime for the press to show images of an officer’s face unless it has been blurred. 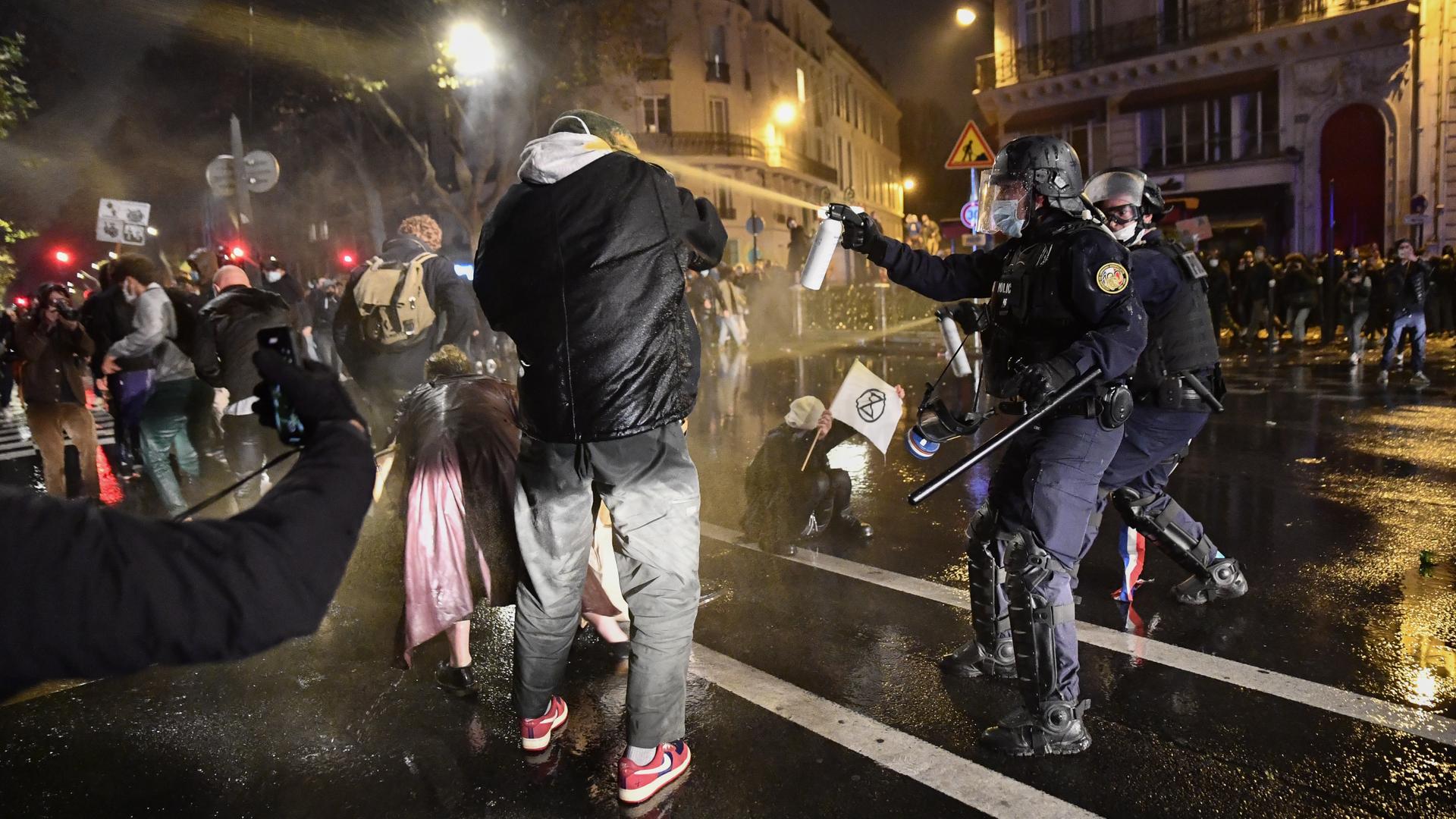 The new bill, if passed, would permit the imprisonment of people who publish images of police officers during their interventions to protests with “the intent to cause them harm”.

@EmmanuelMacron has been vocal recently about France’s devotion to its fundamental principle of freedom of expression, but is he comfortable with these images of journalists being arrested at a protest in Paris? Protest was against new security law that has rung alarm bells at UN https://t.co/quNxUlJbXa

Near the hours when the draft law began to be discussed in the National Assembly, thousands of people gathered on the Saint-Germain boulevard near the parliament building and protested the bill.

[1/2] Widespread protests in #Paris against the “Global Security” law, which forbids publishing any videos or pictures of security forces on duty on media. #StopLoiSecuriteGlobale#LoiSecuriteGlobale pic.twitter.com/3oR1T3KdpT

The bill’s most controversial measure would make it a new criminal offence “to disseminate, by whatever means and on whatever media, with the intent of causing physical or psychological harm, an image of the face or any other element that could identify a police officer”.

Speaking last week, he said it is needed because officers “are constantly threatened in their personal life” after being identified and because there are “calls for female officers to be raped”.

He downplayed any impact for journalists, saying they’ll “obviously still be able to film any police intervention.”

“The publication of images relating to police interventions are legitimate and necessary for democratic functioning,” she said.

Amnesty slams French claims of being champion of free-speech