Pfizer and its German partner BioNTech say their experimental vaccine was more than 90 percent effective in preventing Covid-19. Behind the vaccine, however, is an understated "dream team" of children of Turkish immigrants. 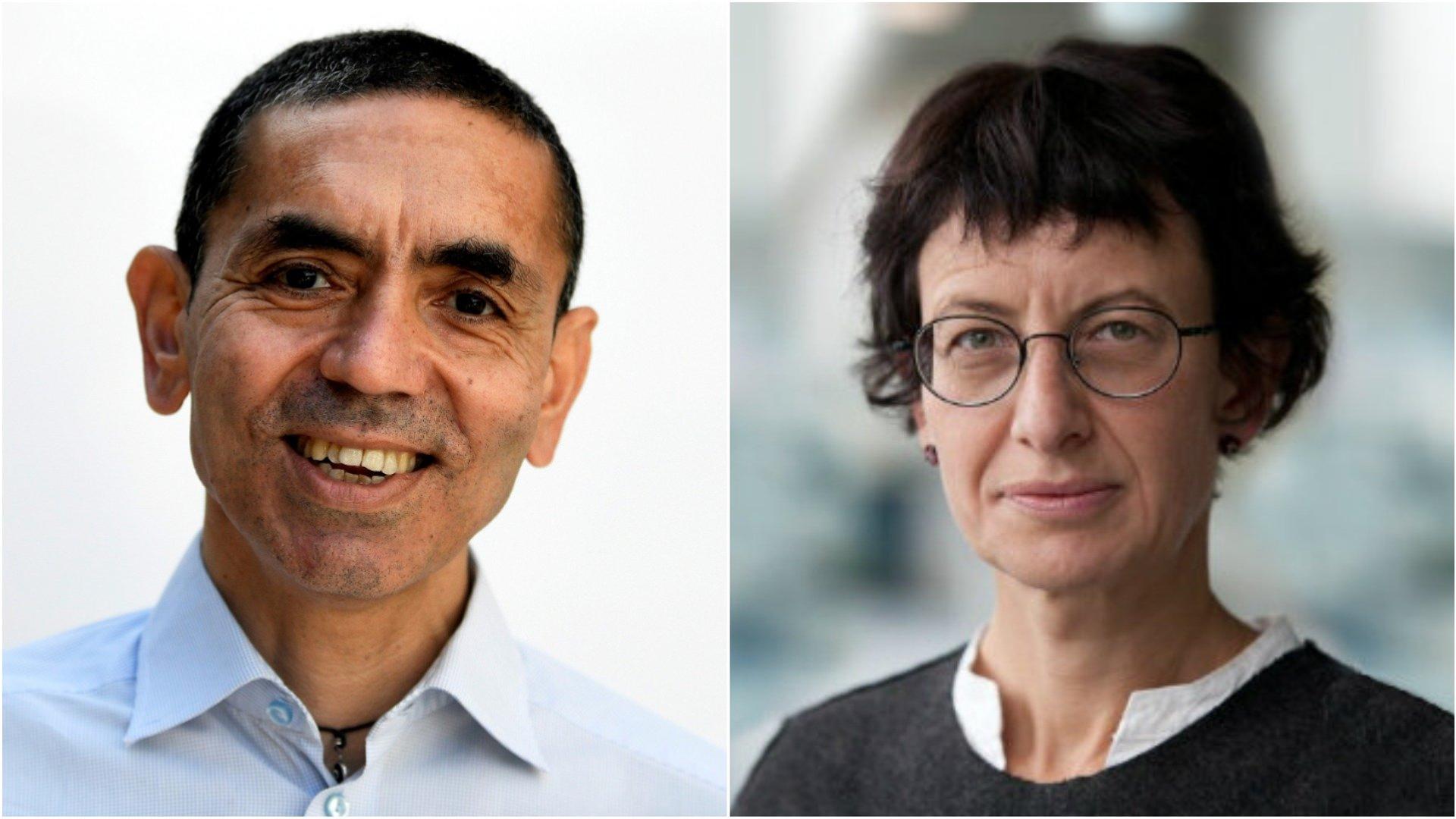 A vaccine jointly developed by Pfizer and BioNTech has 90 percent effectiveness in preventing Covid-19 infections in ongoing Phase 3 trials, the companies have announced.

The statement on Monday was released as soaring coronavirus cases across the world have forced many millions of people back into lockdown, causing further damage to ravaged economies.

European stock markets and oil prices jumped on the announcement.

And US President Donald Trump, who lost last week’s election to Joe Biden in part over his administration’s response to the pandemic, hailed the announcement as “such great news.”

Biden welcomed the development but said it doesn’t change “urgent reality” that masks, distancing and other health measures are needed well into 2021.

“The first set of results from our Phase 3 Covid-19 vaccine trial provides the initial evidence of our vaccine’s ability to prevent Covid-19,” Pfizer Chairman and CEO Albert Bourla said in a statement.

“We are a significant step closer to providing people around the world with a much-needed breakthrough to help bring an end to this global health crisis,” he said.

“We are reaching this critical milestone in our vaccine development programme at a time when the world needs it most.”

UPDATE: We are proud to announce, along with @BioNTech_Group, that our mRNA-based #vaccine candidate has, at an interim analysis, demonstrated initial evidence of efficacy against #COVID19 in participants without prior evidence of SARS-CoV-2 infection.

The positive data on BioNTech and Pfizer’s vaccine is, however, an unlikely success for the married couple behind the German biotech firm, who have devoted their lives to harnessing the immune system against cancer.

From humble roots as the son of a Turkish immigrant working at a Ford factory in Cologne, BioNTech Chief Executive Ugur Sahin, 55, now figures among the 100 richest Germans, together with his wife and fellow board member Oezlem Tuereci, 53, according to weekly Welt am Sonntag.

The market value of Nasdaq-listed BioNTech, which the pair co-founded, had ballooned to $21 billion as of Friday’s close from $4.6 billion a year ago, with the firm set to play a major role in mass immunisation against the coronavirus.

Today is a great day for both science and humanity, as the first set of results from our Phase 3 COVID-19 vaccine trial provides compelling evidence of our vaccine’s ability to help prevent COVID-19. https://t.co/UjcoSD75tT

“Despite his achievements, he never changed from being incredibly humble and personable,” said Matthias Kromayer, board member of venture capital firm MIG AG, whose funds have backed BioNTech since its inception in 2008.

He added Sahin would typically walk into business meetings wearing jeans and carrying his signature bicycle helmet and backpack with him.

Doggedly pursuing his childhood dream of studying medicine and becoming a physician, Sahin worked at teaching hospitals in Cologne and the southwestern city of Homburg, where he met Tuereci during his early academic career.

Tuereci, the daughter of a Turkish physician who had migrated to Germany, said in a media interview that even on the day of their wedding, both made time for lab work.

How a Little-known German Biotech Firm Founded by the Children of Turkish Immigrants Became a Leader in Global #Coronavirus Vaccine Race https://t.co/IeDPy0Axan

‘Within the realms of possibility’

The BioNTech story took a twist when Sahin in January came across a scientific paper on a new coronavirus outbreak in the Chinese city of Wuhan and it struck him how small the step was from anti-cancer mRNA drugs to mRNA-based viral vaccines.

Matthias Theobald, a fellow oncology professor at Mainz University who has worked with Sahin for 20 years, said his tendency towards understatement belies a relentless ambition to transform medicine, exemplified by the leap of faith to a Covid-19 vaccine.

“He is a very modest and humble person. Appearances mean little to him. But he wants to create the structures that allow him to realise his visions and that’s where his aspirations are far from modest,” Theobald said.

Can judicial reforms save Argentina’s vice president from corruption trial?

Sahin told Reuters news agency on Monday the read-out amounted to an “extraordinary success rate” but that he did not know earlier in the year how difficult the task overall would be.

“It’s certainly not something that you would easily voice as a serious scientist, but it was within the realms of possibility from the beginning.”

Mardin kids show off their photography skills in Istanbul

WHO warns of ‘explosion’ of virus cases in Europe – latest updates