The Armenian-run Nubar Ozanyan Brigade was formed under the leadership of the YPG, the Syrian wing of the terrorist PKK. Some sources suggest its members are moving to the occupied Karabakh to fight Azerbaijanis. 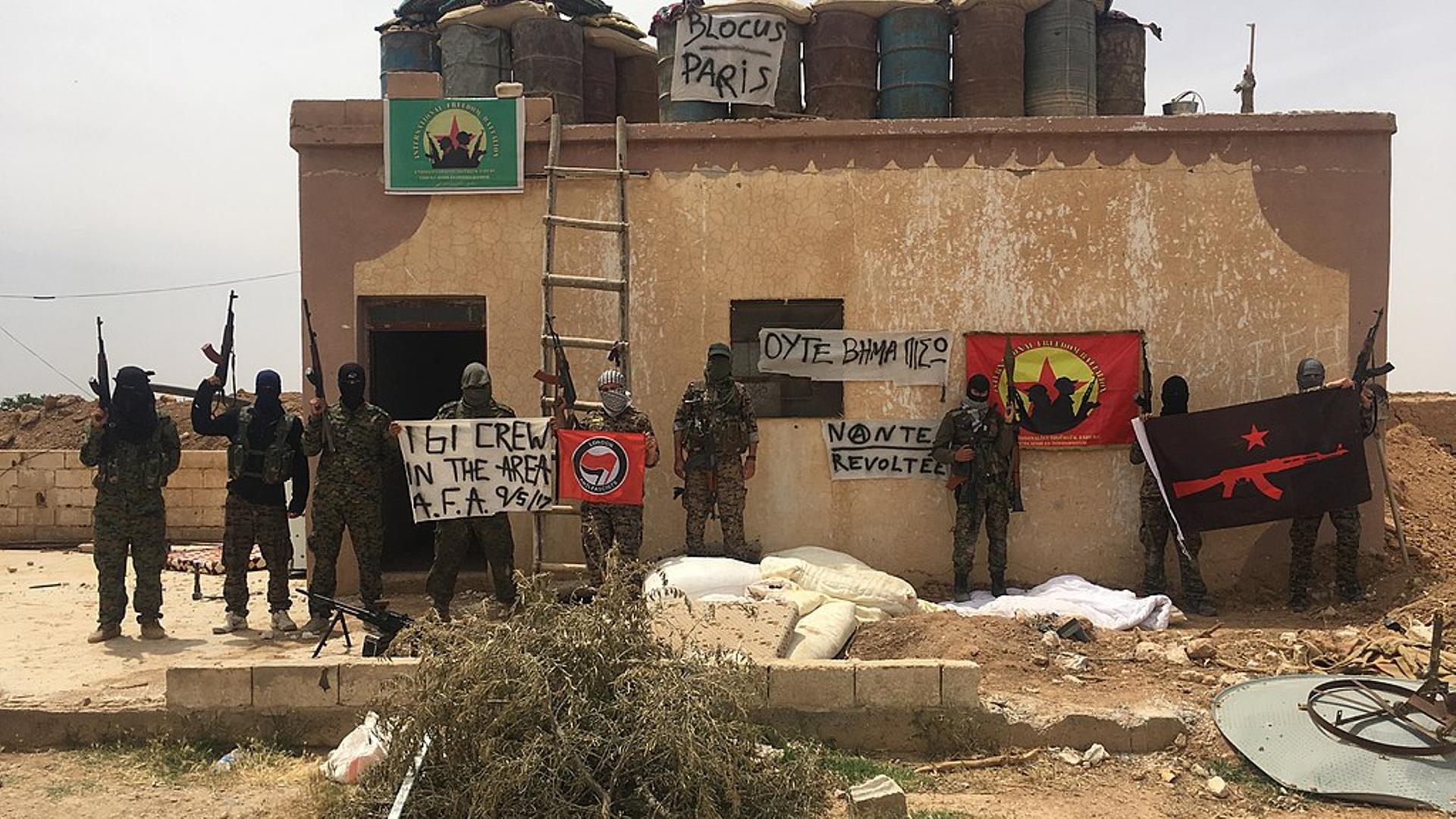 Since the recent clashes in the Nagorno-Karabakh conflict in an Armenian-occupied region, several political actors from Russia to France and Iran have implicitly or explicitly shown their support to Armenia.

But beyond established states, experts think Yerevan is receiving even more support against the Azerbaijanis from some terror groups, primarily the PKK, which has long been connected with armed Armenian groups like the Asala, which assassinated Turkish diplomats during the 1970s and 1980s across the world.

In Syria, the YPG, the Syrian wing of the PKK, is operating with US backing, using various armed militias including the Nubar Ozanyan Brigade (or Battalion), an Armenian-run group with strong ties to Yerevan and some of Turkey’s most extreme illegal communist groups like TIKKO.

Most recently, some reports have suggested that the Nubar Ozanyan Brigade might move to the occupied-Karabakh region to fight Azerbaijan state forces, which have launched a military operation to claim back occupied territory from Armenia following Yerevan’s provocations.

If the PKK-linked brigade moves to the occupied-Karabakh region to fight Azerbaijani forces, it could possibly provoke a Turkish military response to prevent the terror group’s reach in another critical territory.

Since 2016, Turkey has launched several back-to-back operations against YPG/PKK terror groups across Syria and Iraq. The Turkish parliament is currently reviewing another government request to extend the authorisation to use the country’s military forces to launch cross-border operations in 2021.

What is the Nubar Ozanyan Brigade?

The militia, which appears to be based in Syria’s Qamishli according to TRT World sources, was named after Nubar Ozanyan, an ethnic Armenian, who was one of the leading commanders of TIKKO, a long time ally of the PKK.

Both TIKKO and PKK, which have been recognised as terror groups by Turkey, were established on Turkish soil. Both groups have launched decades-long terror campaigns against the Turkish state, leading to tens of thousands of deaths and enormous material losses.

The militia was established on April 24, 2019 by Armenian communists, who wanted to mark the death of Ozanyan in August 2017 during YPG terror groups’ siege of Raqqa against Daesh terrorists.

While the group itself claims a Marxist-Leninist ideology, it was founded during a meeting in the Marziya Church in Tell Goran in northern Syria.

The brigade’s current leader, Nubar Melkonyan, who appears to have powerful connections, accepts that the militia receives foreign members from different countries.

“There are people from Armenia who joined the battalion[…] In particular we have people who want to join from Aleppo, England, France and America,” Melkonyan said during an interview.

“We want to turn our militia into a bigger brigade,” he says.

Ozanyan is a Turkish citizen whose real name is Fermun Cirak, born into an Armenian family in Yozgat, a central Anatolian province, in 1956.

During his life, Ozanyan fought under different Marxist-Leninist groups in diverse locations from Turkey’s eastern province of Tunceli to northern Syria and the Karabakh region, where he joined occupying Armenian forces to fight with Azerbaijani forces in the early 1990s during the Karabakh War.

Ozanyan’s most recent activities had been under the YPG leadership, which controls considerable territory in northern Syria thanks to Washington’s support and the Assad regime’s deliberate withdrawal from the region.

In mid-2015, he became one of the commanders of the so-called International Freedom Battalion (IFP), an armed group, which has fought under YPG leadership, recruiting and training various nationals including Kurds, Armenians, Arabs, Greeks, Canadians, Sardinians, Belgians and French.

During much of his life, Ozanyan remained under the overall command of TIKKO, as an influential figure over the terror group’s decision-making process.

Hamo Moskofian, a Beirut-based Armenian journalist, believes that various Turkey-origin illegal communist groups including TIKKO have been dominated by members with Armenian backgrounds like Ozanyan.

“As a reporter, I built close relations with Devrimci Sol (Revolutionary Left), Devrimci Yol (Revolutionary Path), Partizan Yol (Guerilla Path), Türkiye Komünist Partisi Lenincileri (Communist Party of Turkey – Leninists), THKP Acilciler and- TİKKO-Türkiye İşçi Köylü Komünist Partisi (Popular Party of Turkey and Workers and Peasants Communist Party of Turkey), PKK and some other organizations, many members of which were converted, Kurdified and Turkified Armenians,” Moskofian wrote in one of his papers.

Is the PKK itself moving into the Karabakh region?

There are also other signs that hundreds of PKK/YPG terrorists are currently moving to the occupied-Karabakh region to fight with Azerbaijani forces, according to Turkey’s security sources.

Hulusi Akar, Turkey’s defence minister, recently issued a strong warning against Armenia not to allow any foreign mercenaries and terrorists to operate in Armenia and the occupied-Karabakh region.

“Armenia has to stop its attacks immediately. They should return mercenaries and terrorists brought from abroad and leave occupied territories,” Akar said.

Experts think that the PKK has long used Iranian territory to reach Armenia to support the country’s military operations.

“It’s a well-known fact that for years Iran has allowed some PKK members to use its territory to go to Armenia [to support Yerevan’s military objectives],” Esref Yalinkilicli, a Moscow-based Eurasia political analyst, told TRT World.

US hate crimes rise to highest level in over a decade

How Covid-19 related crimes are spreading across Europe

What does a Biden-Harris administration mean for India?