Can judicial reforms save Argentina’s vice president from corruption trial? 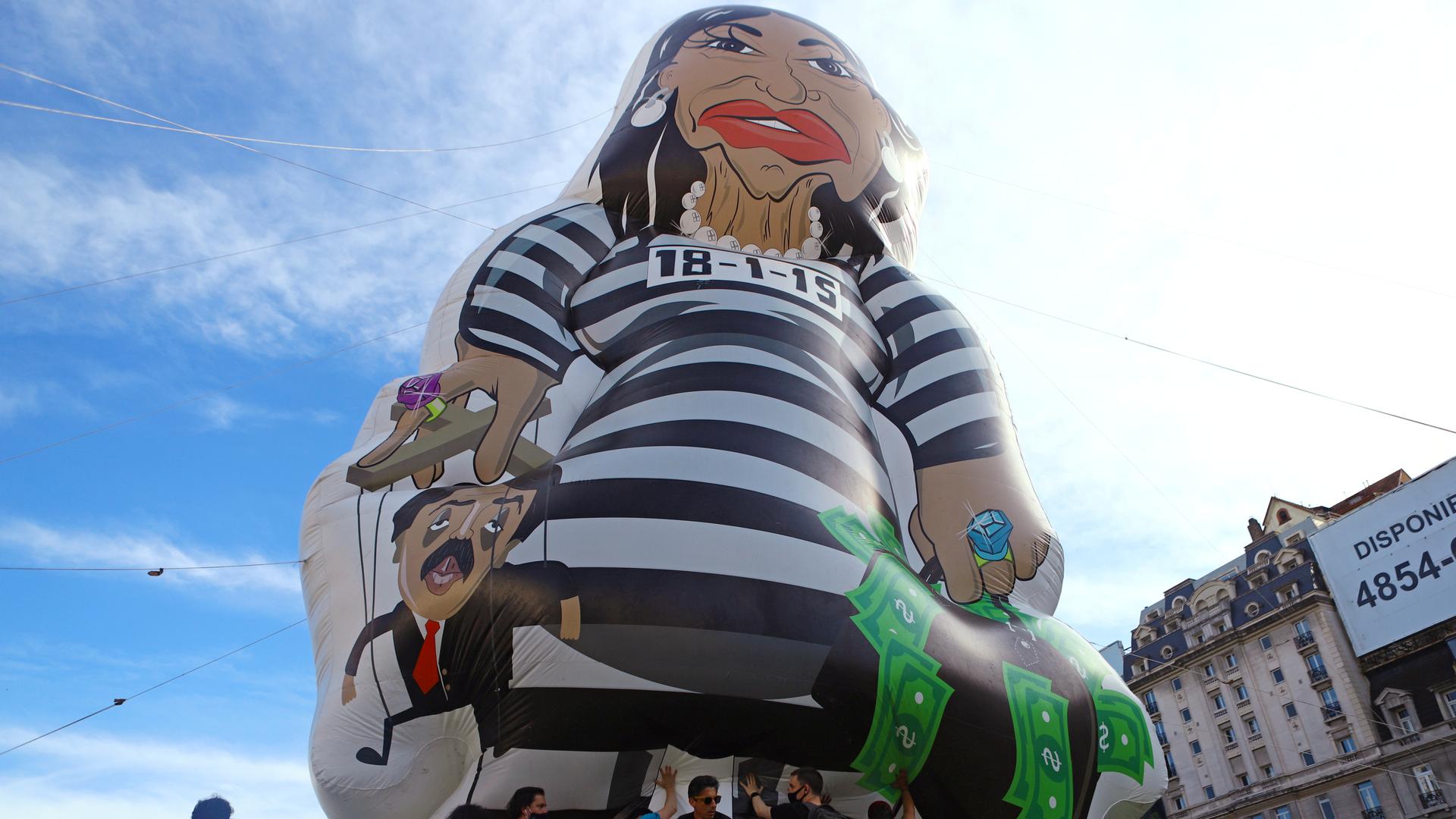 Can judicial reforms save Argentina's vice president from corruption trial?

Argentinians took to the streets on Sunday to protest against the administration of President Alberto Fernandez.

The demonstrators, who gathered around the obelisk in the central square in Argentina’s capital of Buenos Aires, chanted for “freedom, justice and the constitution.” Drivers passing the protest site showed their support by honking.

Christina Fernandez de Kirchner from being tried for corruption.

In addition, there were other demonstrations organised against Fernandez’s government in the cities of Cordoba, Rosario, Mar del Plata, Mendoza and San Carlos de Bariloche.

What is judicial reform?

Then president Cristina Fernández de Kirchner firstly tried to make a reform in Argentina’s judiciary in 2013, but her former cabinet chief, Alberto Fernández, opposed it saying that it would strengthen political control over the courts.

Fernandez said: “Tell me who benefits from the crime and I’ll tell you who the murderer is.” He added that former president Kirchner, who faced a series of corruption charges, would be the main beneficiary of the reform.

In July, Argentina’s government launched a bid to reform the judiciary by increasing the number of federal courts, diluting the power of those that already exist, in what the opposition has labeled as an attempt to manipulate the court system.

A bill has been drafted to increase the number of federal courts from 12 to 46. It will be sent to congress this week, the government said.

The government has a majority in the senate, but not in the lower house, where the plan could face amendments or rejection.

The centre-left president also announced the formation of an advisory commission made up of 11 experts to assess what additional changes might need to be made to the judiciary.

Current President Fernandez says the reform tries to change the country’s dysfunctional and politicised justice system. However, he is facing the same criticism now.

The Fernandez government supports the reforms intended to make the judiciary more transparent and efficient.

Some members of the ruling coalition have cases pending in the courts for corruption, including the current vice president and former president, Cristina Fernández de Kirchner.

The opposition of the country accused the president of protecting former President Kirchner, who is the current vice-president.

“There is an obvious driver here that is the search for impunity,” constitutional lawyer Roberto Gargarella said on local radio.

On the other hand, vice-president Kirchner removed three judges who presided over corruption cases in which she was allegedly involved.

“The sole objective [of judicial reform] is the impunity of Cristina Fernández de Kirchner, her children and [former] government officials. It could hardly be clearer,” a leading constitutional lawyer, Daniel Sabsay, told the Financial Times.

Kirchner picked Fernandez to run in her place in the presidential election last year. For that reason, many opposition figures believe she is the real power behind the current Fernandez government.

What’s next for Trump?

Is it correct to identify terrorism with ‘Islamism’?

Everything We Know So Far About The 2020 Election

Which Us States Are Still Contested And What Do Trump Or Biden Need To Win?