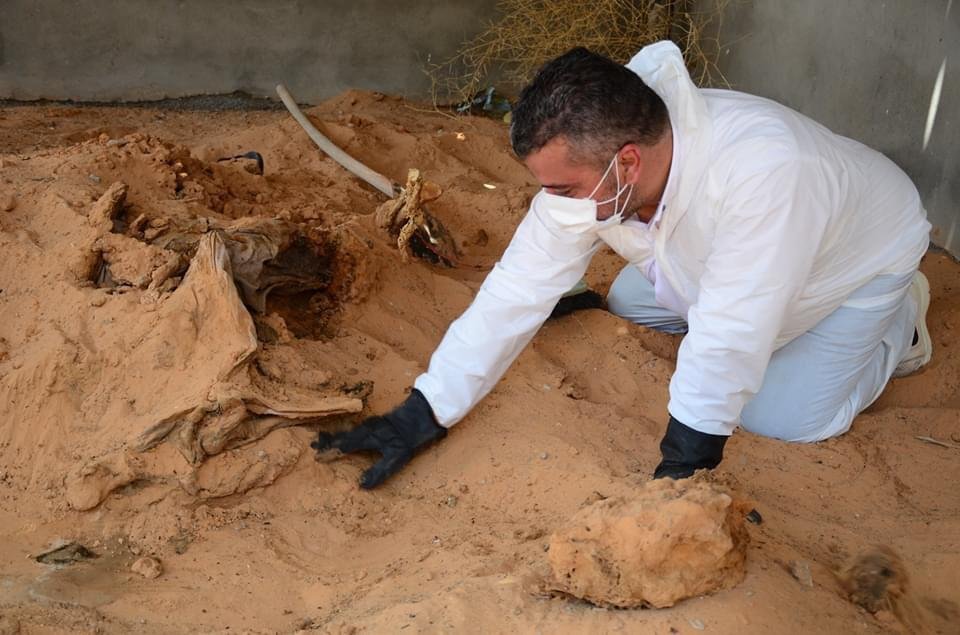 The grave of a mother, father and two children was found south of Tripoli, the Libyan Interior Ministry said Saturday.

The grave was discovered in the Sadiyah area which was recaptured from forces loyal to eastern putschist Gen. Khalifa Haftar, the ministry said in a statement. The statement did not indicate the family members’ causes of death.

Following the ouster of late dictator Moammar Gadhafi in 2011, Libya’s new government was founded in 2015 under a U.N.-led political agreement.

The government, however, has been under attack by Haftar’s forces since April 2019. While France, Egypt, Russia, and United Arab Emirates support Haftar, directly or indirectly, Turkey has shown solidarity with the U.N.-recognized, legitimate government representing the will of the Libyan people.

Haftar’s illegal forces in eastern Libya have launched numerous attacks to capture Tripoli, the nation’s capital, with more than 1,000 killed in the violence.

Has Libya become the powder keg of the Mediterranean Sea?

African Mercenaries and the Chad–Sudan–Libya Triangle