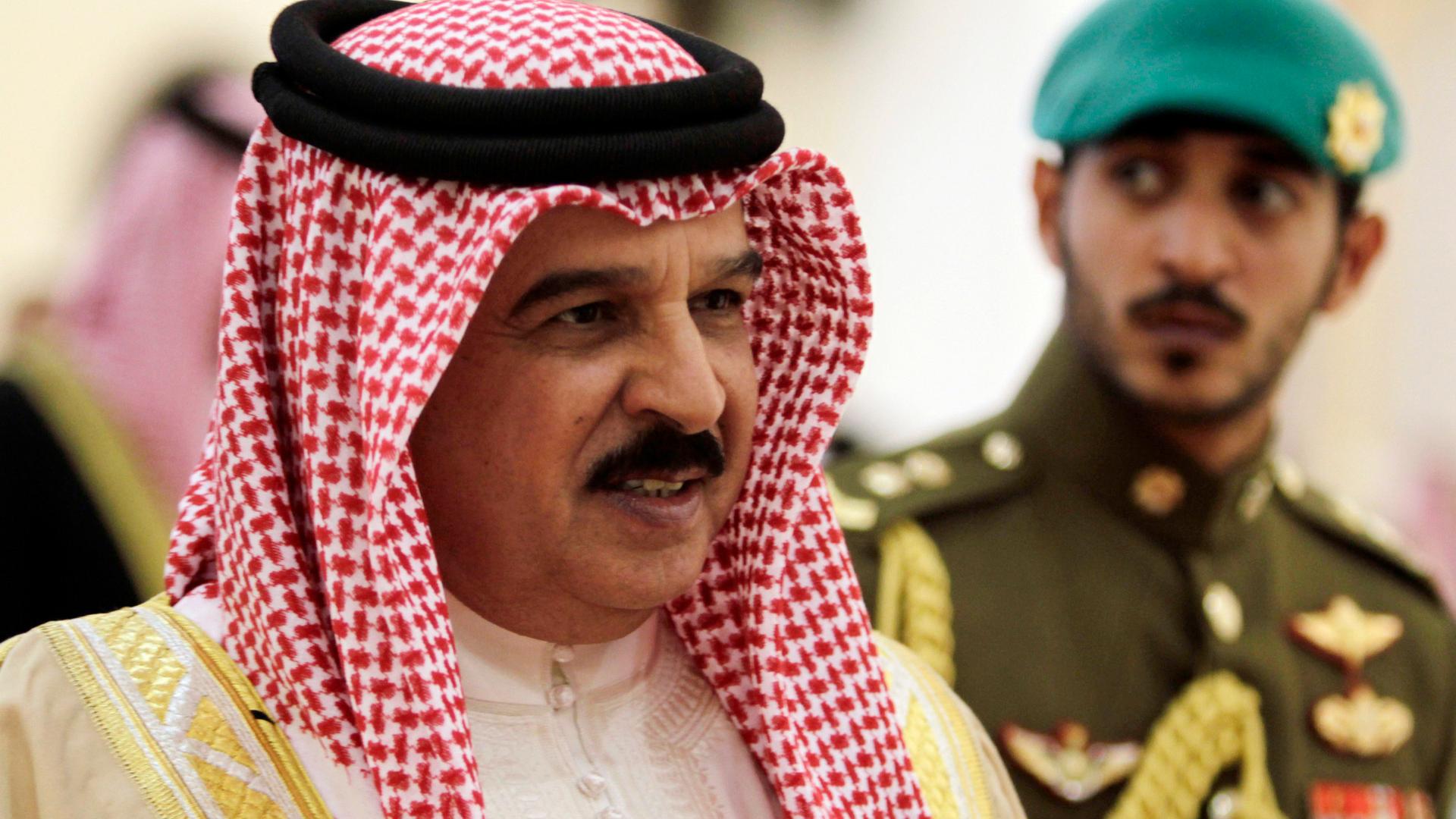 The promise of Chinese investment brings Iran in from the cold

Israeli elections are being fought by annexing Palestinian land

Competing against Israel in sports does not normalise occupation

Bahrain leads the charge in befriending Israel as Gulf nations prioritise the Iranian ‘threat’ and shove Palestine off the agenda.

It is no secret that the Kingdom of Bahrain and Israel are closely aligned on many regional issues, despite not having official diplomatic relations. Relations between these two Middle Eastern countries date back, at least, to the 1990s.

Yet today there is growing openness between Bahrain and Israel which reflects the extent to which Manama and Tel Aviv find themselves in the same boat regarding many regional issues, mainly stemming from their shared perceptions of the Islamic Republic of Iran as a grave threat to their interests.

Bahrain and Israel’s move toward a more normalised relationship was all the more evident last month following Israeli military strikes against Iraq, Lebanon, and Syria.

Bahrain’s Foreign Minister Khalid bin Ahmed Al Khalifa jumped to Israel’s defence: “Iran is the one who has declared a war on us, with its Revolutionary Guards Corps, its Lebanese party [Hezbollah], its Popular Mobilization Forces in Iraq, its Houthi arm in Yemen and others. So one who strikes and destroys their piles of ammunition is not to blame. That is self-defense.”

He also cited Article 51, Chapter Seven in the UN Charter in defending Israel’s right to protect itself from “any threat or aggression.”

It is difficult to imagine such language from Bahrain’s chief diplomat not leading to growing stress on Manama’s relationship with Lebanon, whose president called Israeli drone strikes a “declaration of war” on his country.

Bahrain’s position will add further problems to the archipelago sheikdom’s ties with Iraq against the backdrop of other Israel-related issues harming bilateral ties including the “sabotage” against the Bahraini embassy in Baghdad following the US-sponsored “Peace to Prosperity” summit that Manama hosted in late July.

Iraqi President Barham Salih and Prime Minister Adel Abdul Mahdi slammed the Jewish state for waging an “attack on Iraqi sovereignty”. Officials in Baghdad find it unacceptable for the leadership of any Arab or Muslim country to defend Israel in the aftermath of its first strike on Iraq since Operation Opera in 1981.

How we got to this point

Observers of the region should not be surprised by Bahrain’s open support for Israel’s attacks against Iraq, Lebanon, and Syria. In fact, such rhetoric merely marks a continuation of Manama’s warmth toward Tel Aviv that has only increased in openness for years.

In September 2016, Manama’s chief diplomat offered condolences after Shimon Peres’ death, praising him as a “man of war and a man of elusive peace in the Middle East.”

One year later, in the aftermath of a Saudi royal secretly meeting Israeli officials in Tel Aviv, the King of Bahrain, Hamad bin Isa al Khalifa, took a stance against the Arab boycott of Israel as was relayed by two American rabbis at the Simon Wiesenthal Center in Los Angeles.

These two rabbis also stated that the Bahraini monarch was opposed to restrictions on Bahraini and Israeli citizens’ freedom to travel freely between the Arabian archipelago and Israel. Significant was the fact that Prince Nasser bin Hamad Al Khalifa attended the event in California, which fueled speculation about Bahrain opening official diplomatic relations with Tel Aviv although that has yet not occurred.

In late 2017, the Trump administration announced its recognition of Jerusalem as Israel’s capital, a move which the Bahraini leadership referred to as a “side issue.” Three days after that announcement, a Bahraini interfaith delegation—This is Bahrain—came to Israel for discussions about Bahraini-Israeli ties and the prospects of normalised relations.

By December 2018, Bahrain was similarly dismissive of the idea that Australia formally recognising Jerusalem as the Israeli capital was negative from the standpoint of Palestinian interests. The Bahraini foreign minister tweeted: “Australia’s stance does not impact the legitimate Palestinian demands, first among them being East Jerusalem as the capital of Palestine, and it does not contradict the Arab Peace Initiative.”

In May 2018, the Bahraini foreign minister cited his support for Israel’s right to exist as justification for Israeli military operations against targets in Syria, which he identified as “sources of danger.”

Six months later, after Israel’s Prime Minister Benjamin Netanyahu paid a visit to Muscat, Oman (as the third Israeli prime minister to do so), Bahrain’s foreign minister declared that he “wishes success for the efforts being exerted by the Omani Sultan Qaboos Bin Said aimed at revising the peace process between Israel and the Palestinians.”

Earlier this year, Bahrain’s top diplomat said at the anti-Iranian Warsaw Conference that countering the “Iranian threat” was a higher priority than the Palestinian struggle.

“We have grown up saying that the Palestinian-Israeli conflict is the most important issue, and it must be resolved in this way or that, but in the final stages we have seen a greater challenge, the most serious in our modern history, the threat of the Iranian Republic.”

This summer, the “Peace to Prosperity” summit was yet another indicator of the Bahraini government’s willingness to accept risks in order to curry favor with the Trump administration and assert its lead role among Gulf Cooperation Council (GCC) member-states in terms of moving toward a more normalised relationship with Israel, which all members of the Council (save Kuwait) have embraced.

Indeed, it would be misguided to attempt to analyse Bahrain’s increased warmth toward Israel without factoring into account the role of its GCC allies, chiefly Saudi Arabia and the United Arab Emirates (UAE), which Manama has become increasingly dependent on for economic and security support since unrest erupted in the island kingdom in 2011.

It is very likely that the Bahraini government’s overtures to Israel are about testing the waters for a Saudi-Israeli opening of formal relations, and most definitely done with Riyadh’s approval.

In light of a recent Haaretz report about growing ties between the UAE and Israel based on sharing information on Iran, there is no doubt that the Islamic Republic continues factoring into the growth of ties between Arabian monarchies and Tel Aviv. Yet Arab Gulf-Israeli relations are clearly about much more than just fearing Iran’s regional conduct and such ties are not new at all.

During the Cold War, tacit partnerships began emerging between Arabian Peninsula sheikdoms and the Jewish State in alignment against the forces of Marxism, Communism, and Arab nationalism.

Today, in the post-Arab Spring period, a general fear of the Muslim Brotherhood offshoots’ potential to ascend to power in capitals like Cairo, Tripoli, and Tunis has also pushed GCC member-states and Israel into closer alignment. Unclear, however, is how authorities in the Gulf may address political risks of appearing too close to Israel at a time in which Arab regimes and public opinion are not on the same page regarding the Palestinian struggle and other Israel-related issues.

In countries such as, for example, Bahrain, where Arab nationalism has had a decades-old influence in domestic politics, the repercussions of a growing relationship between Manama and Tel Aviv that is less tacit with each month that passes are yet to be realised. Nonetheless, it is clear that leaders of Arab monarchies like Bahrain see the perceived benefits of embracing Israel as a regional partner outweighing all the costs.