Bernie Sanders’ statement on Kashmir is a welcome ray of hope 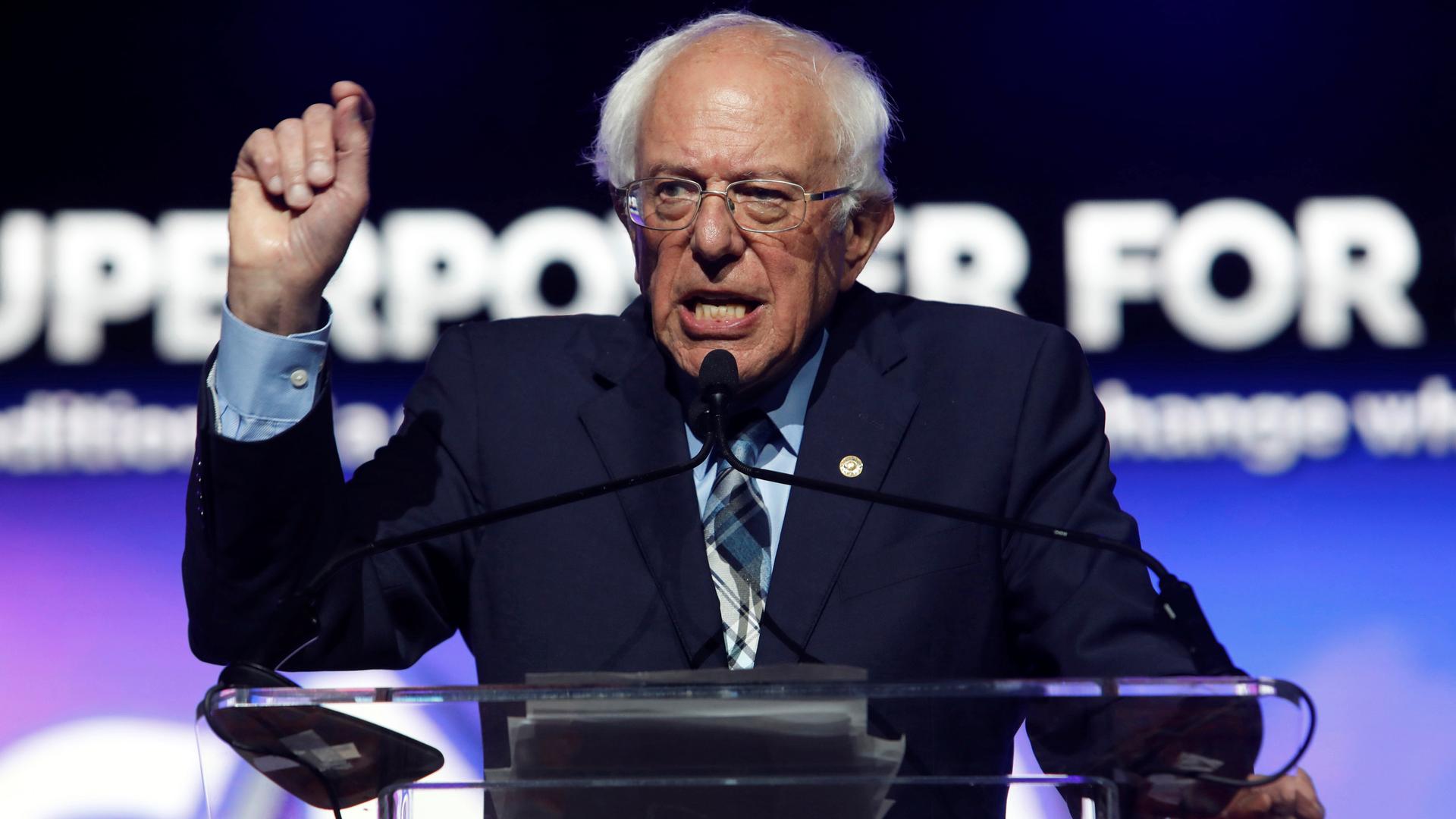 Bernie Sanders' statement on Kashmir is a welcome ray of hope

US election officials find ‘no evidence’ of lost or changed votes

A potential Bernie Sanders presidency could do wonders for race relations in the US and for its role in mediating conflicts globally.

The world got to hear on Saturday what Vermont Senator Bernie Sanders would do about Kashmir. Sanders, 2020 presidential hopeful, has a real shot of winning. If he does, it could transform the agenda of US diplomacy between Pakistan and India over Kashmir almost overnight.

“India’s action is unacceptable,” Sanders told the annual conference of the Islamic Society of North America, the Texas Tribune reported.

“The communications blockade must be lifted immediately, and the United States government must speak out boldly in support of international humanitarian law and in support of a UN-backed peaceful resolution that respects the will of the Kashmiri people.”

Crucially, Sanders used the words “Kashmiri people,” a not-so-subtle signal that he accepts the existence of Kashmir as an independent political entity. Sanders spoke alongside fellow presidential hopeful Julian Castro, former Secretary of the Department of Health and Human Services under President Barack Obama.

Of more than a dozen presidential candidates, only Sanders and Castro showed up. Castro faces steep odds in winning the Democratic nomination, although his attendance is evidence of more Democrats trying to engage directly with Muslim Americans. Castro did not mention Kashmir himself, focusing on the shared danger of racism that Hispanic and Muslim Americans face.

Along with outlining his domestic policy proposals, such as free college and healthcare, Sanders issued the most forceful condemnation of India’s blockade to come from a top-tier US presidential candidate. Sanders’ candidacy should have Hindu nationalist Prime Minister Narendra Modi worried about the outcome of the next US election.

In the same way, Saudi Crown Prince Mohammed bin Salman should take seriously Sanders condemnation of his deadly bombing campaign in Yemen – where the world’s richest Muslim country is bombing one of the world’s poorest Muslim countries into oblivion. Trump has vetoed the efforts of Sanders and other lawmakers in Congress to curtail US arms sales to Riyadh.

Much like MBS, Modi has benefited very openly from Trump’s disinterest in the suffering of people who don’t vote for him or publicly praise him, people like Kashmiris and Yemenis. On August 26, Trump relayed the contents of a call with Prime Minister Modi with the enthusiasm of someone groggy from a midday disco nap.

“We spoke last night about Kashmir, the prime minister really feels he has it under control,” Trump said. “They speak with Pakistan and I’m sure that they will be able to do something that will be very good.”

A chief reason Modi has been able to get away with the intensified military occupation of his country’s slice of Kashmir is Trump’s dangerous disinterest in doing his job, only perhaps believing that Modi is on his side and Pakistani Prime Minister Imran Khan is not. Khan, after all, has forged an economic alliance with China, the shared rival of India and Trump.

The good news for humanity’s survival is that Trump’s prospects, right now, for 2020 do not look great. This is not because of any sort of healing or unity that has taken place in the last three years since Trump’s election. Rather, it is because Trump won in 2016 because millions of Americans were too complacent about then-candidate Hillary Clinton. Trump will not have that advantage in 2020 against a Democratic challenger.

Polls also show Trump losing Sanders in a head-to-head contest. Sanders is close in the race with Massachusetts Senator Elizabeth Warren, who could even win the nomination.

Warren would be an improvement on Trump, surely. However, we have less of an idea about what she would propose for the conflict in Kashmir. She did not show up to the ISNA meeting and has not been as engaged in reaching out to the Muslim community in the US as Sanders has. He was one of the first candidates to break the silence in the US over Israel’s human rights abuses against Palestinians and call out Israeli Prime Minister Benjamin Netanyahu for being a racist.

Trump has been trying to destroy that pluralism since he started running for president, or even before.

While Sanders made a critical first step in challenging India publicly for its brazen escalation of the Kashmir crisis, he still has a long way to go. Democratic Congresswoman Ilhan Omar’s treatment by Trump and even mainstream commentators stand as evidence of the gulfs Sanders will have to try to bridge in American society.

By becoming the first president who is neither a Christian nor from a Christian background, a Sanders presidency would permanently transform the boundaries of the religious pluralism Omar talks about. When progressive American social experiments work, they work thanks to embracing, rather than rejecting, that pluralism.

Sanders could be a better referee for that pluralism than any other previous president. Pakistani and Indian American communities would be able to have a chance at dialogue with a president who understands, at least more than previous ones, what it feels like to be a religious minority in the US under threat from the kind of white supremacy Trump’s tenure encourages. Both Muslims and Hindus each comprise less than one percent of the total US population, which is about 70 percent Christian, according to Pew.

Just as Protestant and Catholics Irish Americans were vital to finding a peace deal in Northern Ireland in 1998, diaspora groups would be central to helping find peace between Israelis and Palestinians, too.

How Sanders chooses to use this power remains to be seen. And he might not get the nomination, and maybe he won’t win if he runs, but that seems unlikely.

One study suggests that a nuclear conflict in South Asia could lead to a phenomenon called “nuclear autumn,” where global temperatures drop as smoke from burning cities blots out the sun. Even with the relatively limited number of nuclear weapons each side has, a nuclear war between India and Pakistan could cause ecological catastrophe causing famine on a global scale.

On Saturday, with a speech in Houston, Sanders showed that he was the best hope to avert that version of Armageddon.