President Trump’s health and the elections 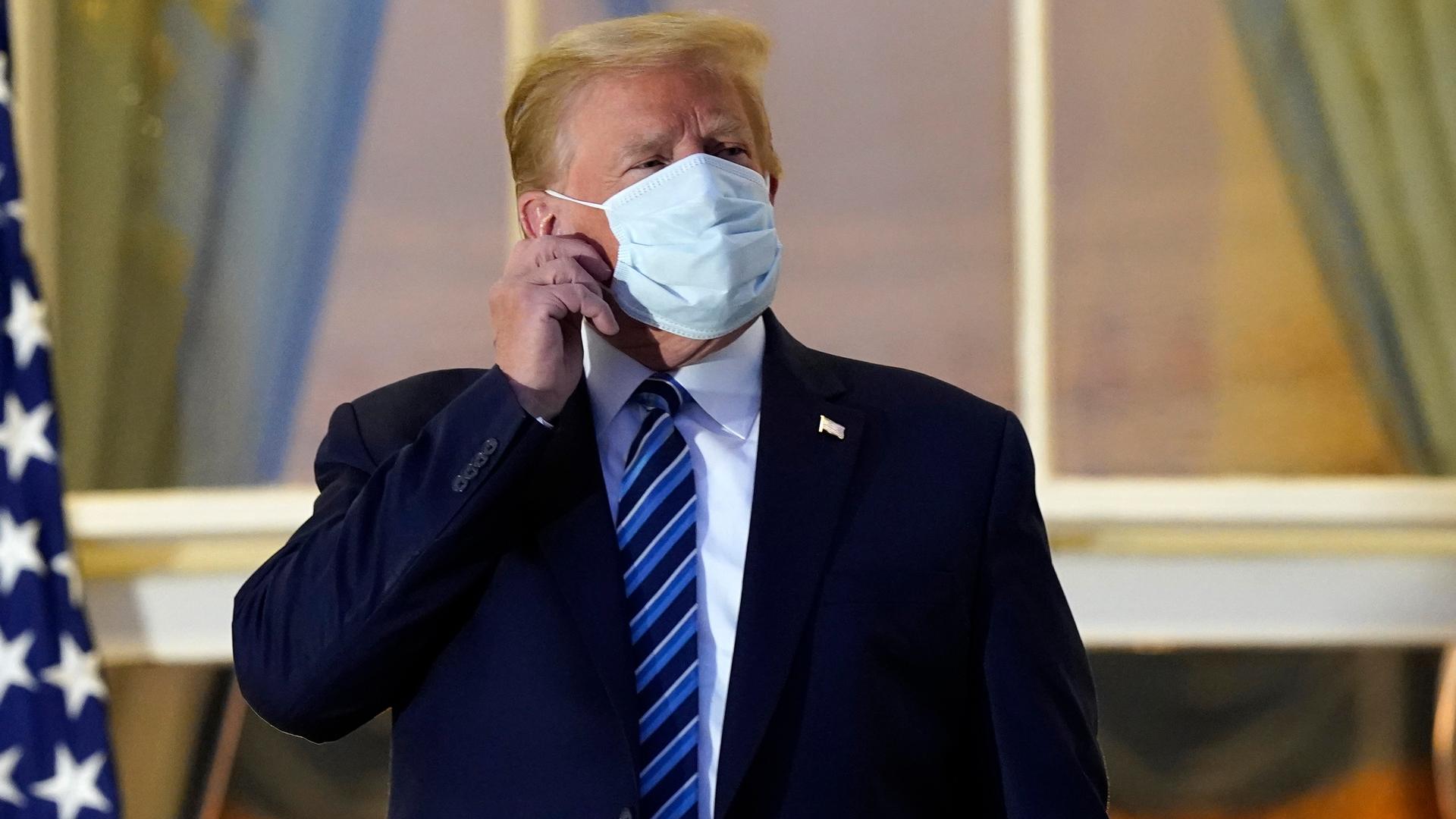 President Trump’s health and the elections

The election campaign has been thrown in limbo and with less than a month to go, it’s impossible to predict what will come next.

The news of US President Donald Trump and the First Lady testing positive for Covid-19 just one month before the presidential elections shocked the entire world.

While it is believed that Trump was infected either from one of his advisors, Hope Hicks or during one of the events that he attended, there are also numerous conspiracy theories circulating.

Over the last five days, people have been questioning where and how Trump caught the virus, who could replace him if his condition deteriorates and how this will impact the election.

At least ten people in President Donald Trump’s family, the US government and his circle of advisers and recent contacts have tested positive for Covid-19.

That White House spokesperson Kayleigh McEnany, the Trump campaign manager Bill Stepien, a personal assistant Nicholas Luna and three Republican senators are among those infected with the Covid-19 virus is concerning.

After being released from Walter Reed medical facility, President Trump plans to work at the White House while in quarantine.

“What is going to happen next?” is one of the most commonly asked questions at the moment. Through various statements, President Trump is sending the message, “I am getting better, I am working, and you should not be worrying about me.”

Naturally, having Trump quarantined will have a negative impact on his election campaign as he is normally a very active leader, and many planned rallies had to be canceled. It is not clear as of yet whether he will attend the second presidential debate to be held on October 15th in Miami.

I can say that the get-well-soon messages from his rival Joe Biden and President Obama have been extremely positive, especially as Biden’s campaign people have temporarily removed the negative campaign ads against Trump. When an illness is in question, these kinds of acts are likely to have a positive impact on voters.

I don’t believe that Trump will lose any votes, despite getting sick during the election process. Both President Trump and Biden have their voter base.

Biden avoids holding crowded rallies, but he is also conducting his election campaign in a confident manner. President Trump will probably get back on the horse again, as expected.

Naturally, this time he will follow social distancing rules and wear a mask. The important thing here is who undecided voters will vote for. When we look at the average of the latest polls, Biden is ahead with 8.3 percent. However, anything is possible with one month left to go.

We can say that the second wave of Covid-19 has arrived in the US with 7.6 million confirmed cases and a total of 214,000 deaths. Indeed, it can be seen that we are moving towards a period where tougher measures are going to be taken in the country as a result of President Trump underestimating the virus and getting Covid-19 himself. The average number of confirmed cases in just this last week were 43,274.

The voting with mail-in ballots is still taking place. Twenty-one million ballots have been mailed to voters only in the state of California. Millions are casting their votes by mail for the first time in the history of the US presidential elections. The fact that the US media is keeping Covid-19 on the agenda and the increase in cases during the winter season are also some reasons voters might prefer to cast their votes by mail. Of course, while President Trump is opposed to this, Biden is encouraging voting by mail.

However, I can say this clearly: we are heading towards complete chaos, as the results of the election will not be known right away. Indeed, the Supreme Court may even get involved.