This is how a Trump constitutional coup would unfold

A coup in the United States sounds absurd. But who would have thought the US would be in a position where the sitting president is refusing to concede defeat? 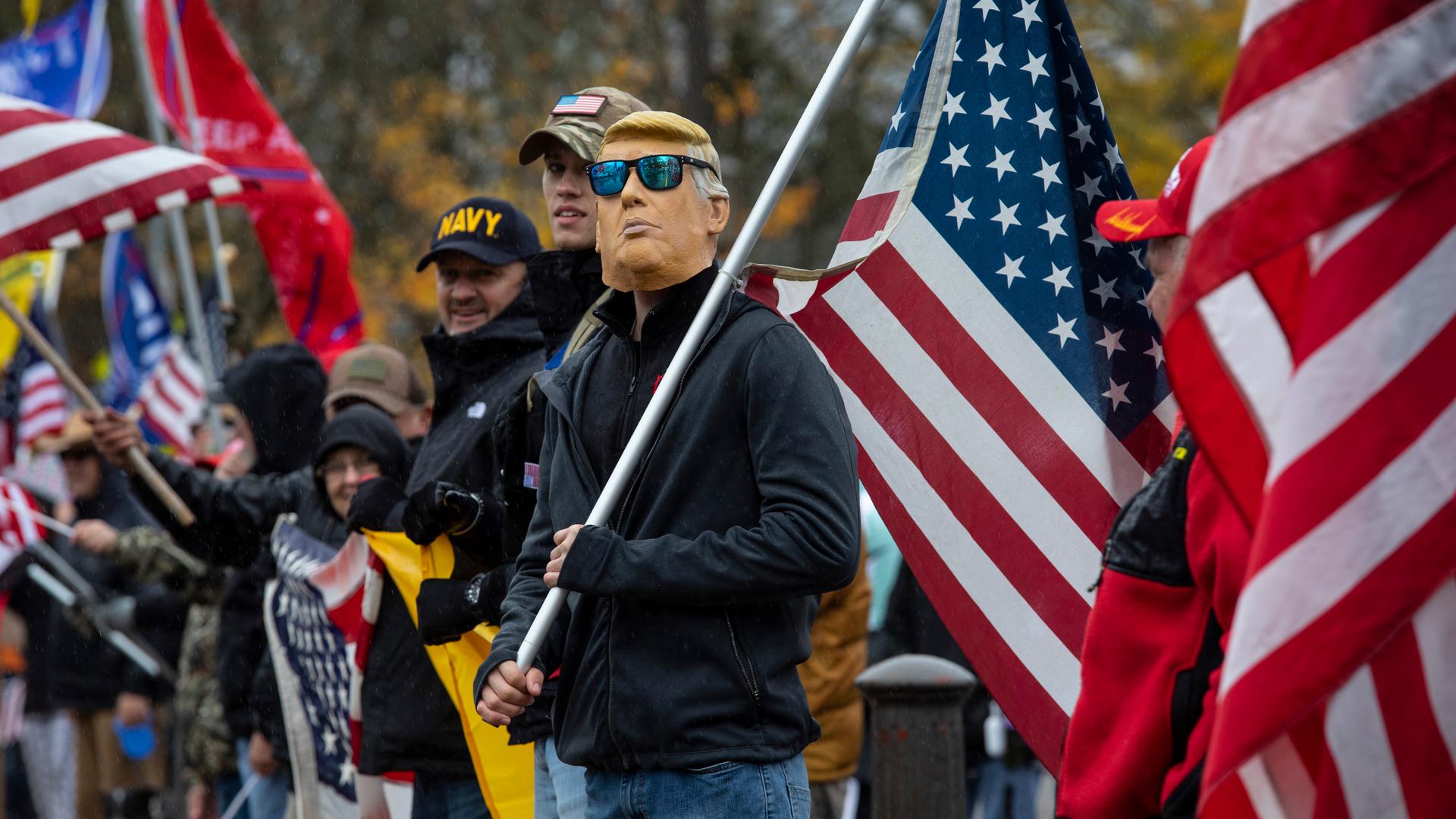 This is how a Trump constitutional coup would unfold

The stubborn refusal by both Trump and his party’s bigwigs to acknowledge that Biden has won not only the popular vote, by far, and the majority of delegates to the Electoral College, becoming the President-elect, has been addressed by the commentariat with several mutually compatible hypotheses: psychological flaws, a scam to get even more money from his supporters, a grab to keep his grip on the Republican party, a narrative of stab-in-the-back to inflame his frenzied followers, etc.

But there is an even bleaker explanation: Trump is staging a coup to be appointed president within the Electoral College by exploiting constitutional cracks as a deft Schmitt-like William Barr can accomplish.

The best predictor of aspiring autocrats’ behaviour, Masha Gessen writes, “are their own public statements, because these statements brought them to power in the first place.”

Trump has repeatedly stated all the points that this article enumerates both before and after the election. Some of his minions have parroted him, such as Lindsey Graham and Ron DeSantis, who have publicly declared their approval for Republican-controlled state legislatures to appoint electors to vote for Trump and to cast aside those voted by the people. They have even urged Trump followers to push those legislatures to override the pro-Biden election results. Mike Pompeo, on the other hand, has announced a second Trump administration.

No need of coup if the results of only one state, by tiny margins, can determine the outcome, as it happened in 2000 — a pliable Supreme Court would have bestowed the presidency upon Trump. But now, despite voter suppression, mail-in ballots boycotted by his administration, and umpteen obstacles to vote in the districts where the Republican party is feeble, Biden’s victory is too widespread and too big, to repeat the 2000 playbook.

Now only a full-fledged coup that formally respects the Constitution will do. Theoretically, such a coup, no matter how likely or unlikely, would unfold as follows:

As these scenarios will not only be analysed by scholars and lawyers but will also deeply affect millions of people, it is highly likely that pro-Trump and pro-Biden mass rallies will flood the streets of the American cities, struggles will erupt, violence could spread, and Trump can potentially order the deployment of active-duty troops and declare a national emergency. He tried to do so against the Black Lives Matter protesters months ago, but he was thwarted by Secretary of Defense Mark Esper, who has just been ousted alongside three other top national-security officials, and replaced by ultra-loyalist Trump cronies.

For this constitutional coup to succeed, all the actors involved must act on behalf of Trump or it has no chance of working. If not enough Republican states’ legislatures or governors, not enough Republican federal Senators, or not enough federal Supreme Court Justices follow the Trump-Barr script, the coup would collapse. But if they do, Trump would be the legal president and America would become an autocracy, one more Banana Republic that plagues the world.

When the Constitutional Convention of 1787 ended, Benjamin Franklin was asked by a lady as he left Independence Hall: “Well Doctor what have we got, a republic or a monarchy.” His reply was: “A republic… if you can keep it.” Now we all will see whether the Americans can keep it. Or not.

Author: Alfons Lopez Tena @alfonslopeztena
Alfons Lopez Tena is a Catalan analyst on public and international affairs. A lawyer, former member of Spain’s Council of the Judiciary and an ex-legislator in the Catalan parliament, He is the author of several books on law and secession.
Source