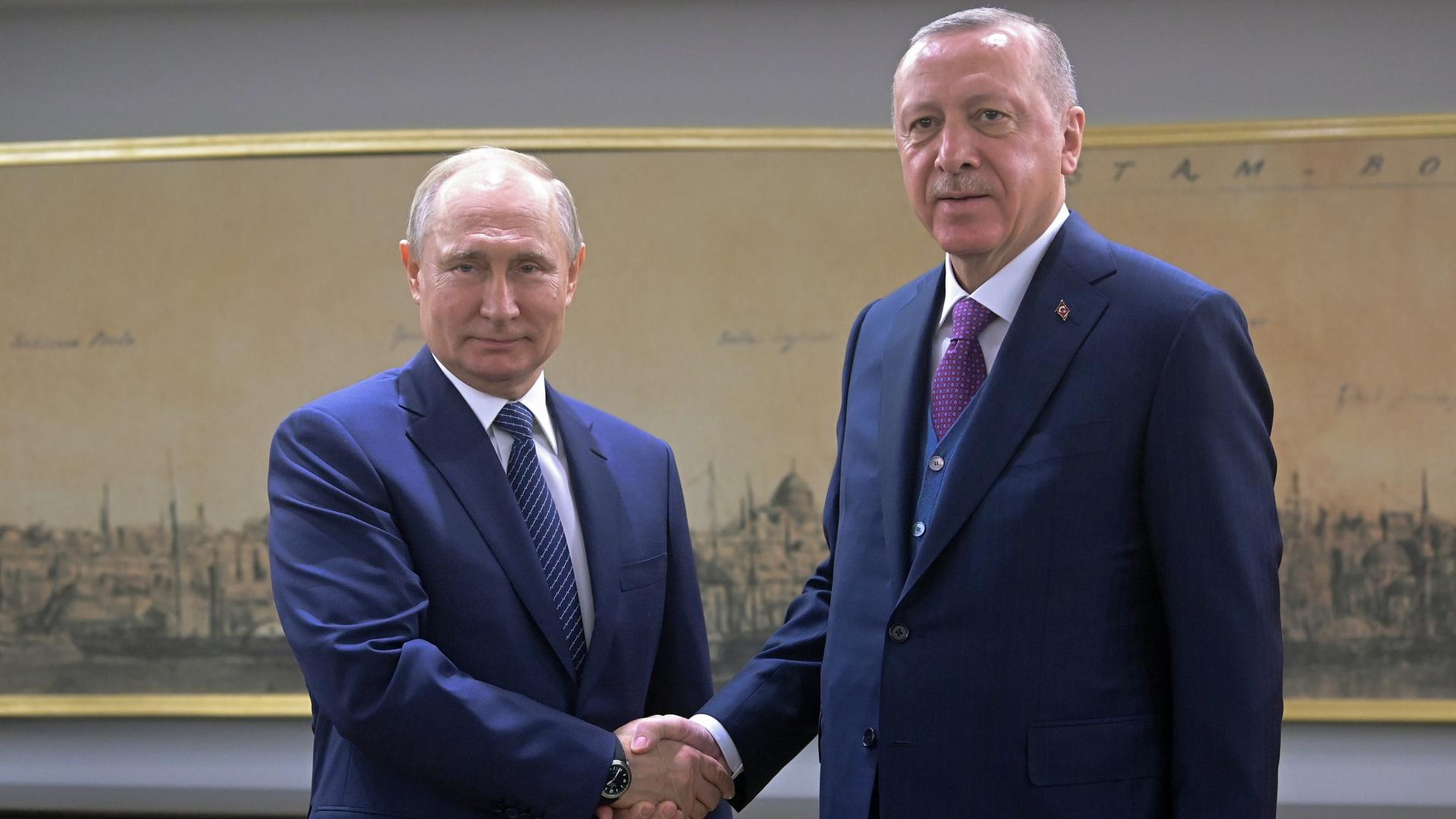 Turkey’s president has spoken to his Russian counterpart, addressing regional matters with special emphasis on ongoing clashes in Upper Karabakh.

Erdogan told Putin late on Saturday that Armenia must withdraw from the Azerbaijani lands that it has been occupying, noting that Azerbaijan’s ongoing counter-operations in the face of Armenian attacks are being conducted within its own lands.

During the phone call, the Turkish president further stressed that Armenia must be convinced to have the common sense to go the negotiating table.

Ending the ongoing conflict with a permanent solution and stabilising the region is of key importance, he added.

Earlier on Saturday, at a governing Justice and Development (AK) Party provincial congress, Erdogan said Azerbaijani President Ilham Aliyev had been sharing good news with him about progress by their forces in the conflict.

Erdogan said that a victory in Upper Karabakh is drawing near, with Azerbaijani scoring numerous successes in liberating occupied territories from Armenia.

READ MORE: Turkey says it will send troops to help Azerbaijan if requested

Since a new round of clashes erupted on September 27, Armenia has repeatedly attacked Azerbaijani civilians and forces, even violating three humanitarian ceasefires.

Relations between the two former Soviet republics have been tense since 1991, when the Armenian military occupied Upper Karabakh and surrounding areas, which together make up some 20 percent of Azerbaijan i territory.

READ MORE: US, Russia and France stand by Armenia: Erdogan