Canada, in early September, suspended the export of some drone parts to Turkey after they were used by Azerbaijan to defend its territories against Armenia in the occupied Karabakh region. 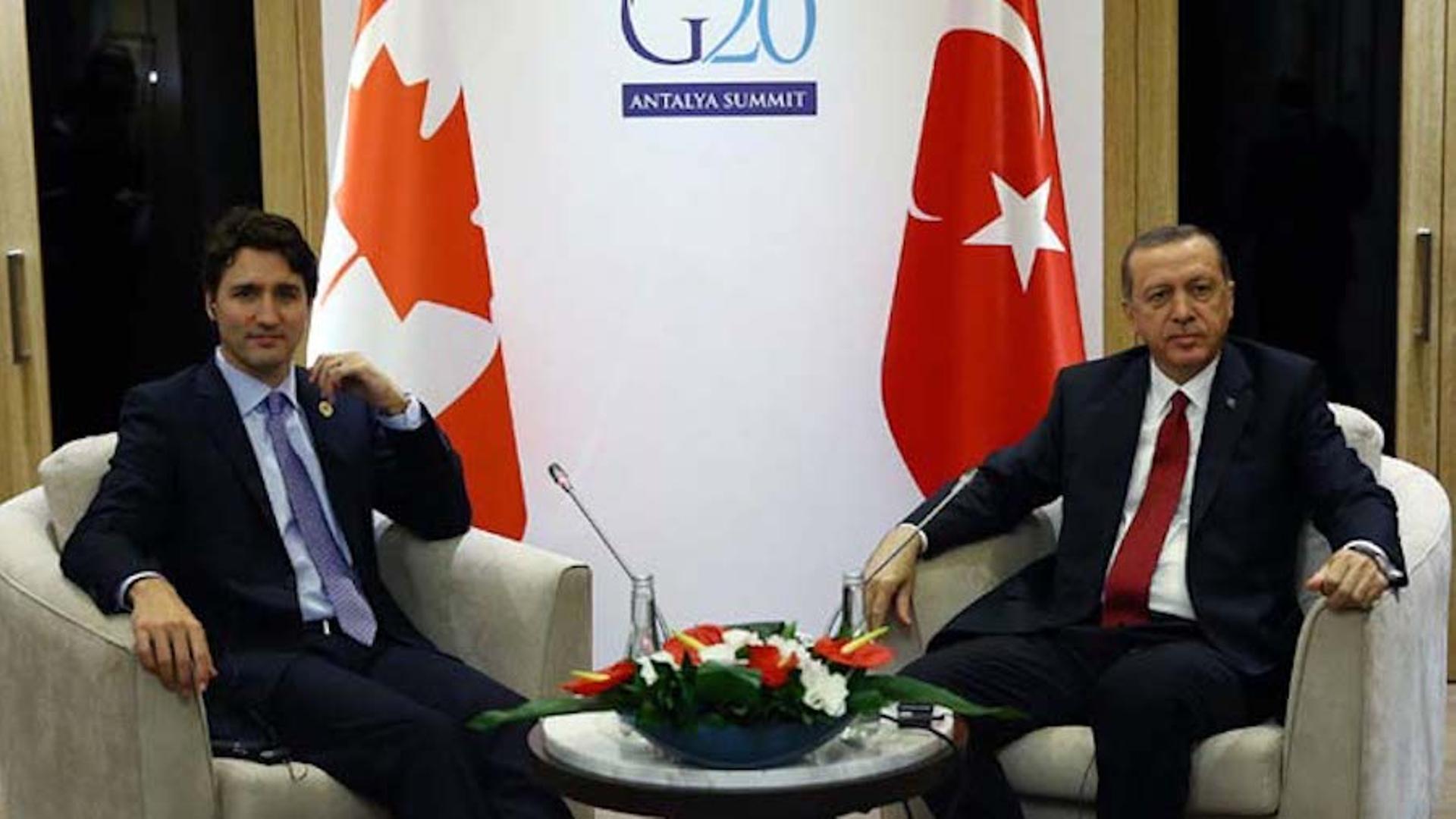 Turkish President Recep Tayyip Erdogan has told Canada’s Prime Minister Justin Trudeau that the suspension of a number of exports because of the Armenia-Azerbaijan conflict has damaged the spirit of the alliance between Turkey and Canada.

The Turkish Directorate of Communications said on Friday that the two leaders spoke on the phone.

Early in September, Canada suspended the export of some drone parts to Turkey after they were used by Azerbaijan to defend its territories against Armenia in the occupied Karabakh region.

Project Ploughshares, a Canadian arms control group, says video of air strikes released by Baku indicates the drones had been equipped with imaging and targeting systems made by L3Harris Wescam, the Canada-based unit of L3Harris Technologies Inc.

The Turkish president said the root cause of the conflict was the 30-year Armenian occupation of Nagorno-Karabakh and that Baku’s military campaign is within its territory that is recognised by the international community.

Erdogan and Trudeau also discussed steps to enhance trade volume and resolve issues regarding the defence industry, the Directorate of Communications said.

The recent clashes erupted between Azerbaijan and Armenia on September 27, and since then, Armenia has continued its attacks on civilians and Azerbaijani forces.

Relations between the two former Soviet republics have been tense since 1991 when the Armenian military occupied Upper Karabakh, or Nagorno-Karabakh, an internationally recognised territory of Azerbaijan.

The OSCE Minsk Group, co-chaired by France, Russia, and the US, was formed in 1992 to find a peaceful solution to the conflict, but to no avail.

A ceasefire, however, was agreed to in 1994. Multiple UN resolutions, as well as international organisations, demand the withdrawal of the occupying forces.

World powers, including Russia, France, and the US, have urged a new cease-fire.

Turkey, meanwhile, has supported Baku’s right to self-defence and demanded the withdrawal of Armenia’s occupying forces.

About 20 percent of Azerbaijan’s territory has remained under Armenian occupation for nearly three decades.

READ MORE: Azerbaijan mourns as it buries those lost in occupied-Karabakh clashes