Europe And Turkey Need Each Other, Coe Chief Says

Delegation of the Council of Europe (CoE) led by Secretary General Thorbjrn Jagland meets Turkish ministers in the capital Ankara. 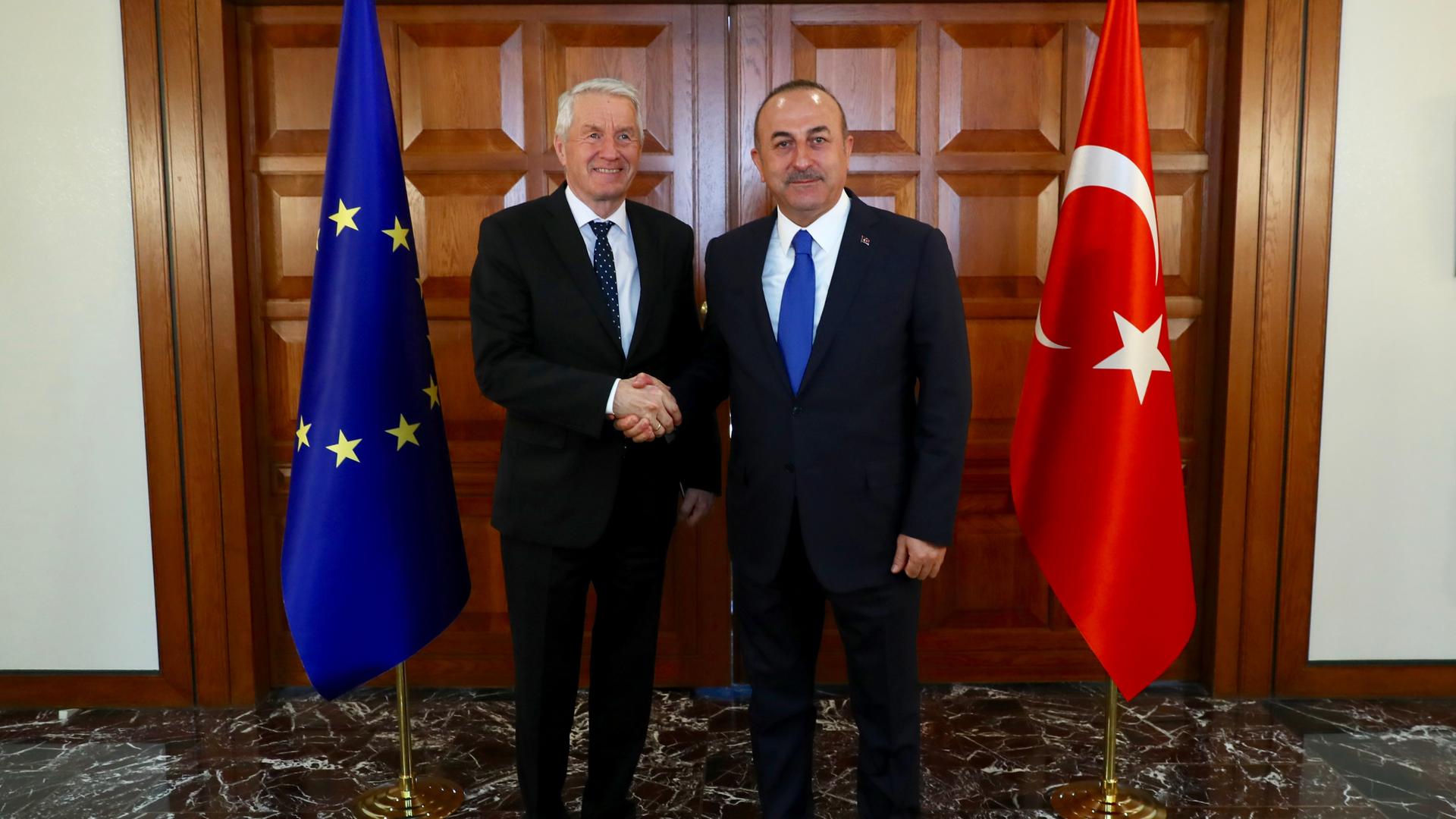 Europe And Turkey Need Each Other

A delegation of the Council of Europe (CoE) led by Secretary General Thorbjrn Jagland on Thursday met Turkish Foreign Minister Mevlut Cavusoglu in the capital Ankara.

“So as Europe faces new challenges today, we need unity and concerted action to preserve our system in the interests of the people of our continent. We cannot do this without Turkey,” Jagland said, according to a statement released by the council.

Jagland’s remarks came during his address to the candidate judges and prosecutors of the Justice Academy in capital Ankara.

“I will end by saying Europe needs Turkey and Turkey needs Europe. We must stand tall together,” he said.

Underlined the importance of Turkey’s fight against terrorist organizations, reiterated our expectations from #CouncilofEurope and its members, and discussed #Turkey-CoE common agenda at our meeting with Secretary General @TJagland pic.twitter.com/VkXVErOYKB

In a statement posted on Twitter, Cavusoglu said the meeting discussed the fight against terrorism and the common agenda between Turkey and the CoE.

Cavusoglu stated on his Twitter account that Grandi “thanked Turkey for hosting the largest number of refugees in the world” and assisting other refugees in regions, including Bangladesh and Somalia.

“We discussed the importance of responsibility sharing for the refugees,” he added.

Sources from the Foreign Ministry told Anadolu Agency on condition of anonymity that refugees, mainly from Syria, were the main focus of their discussion.

Turkey also shared details of its humanitarian assistance to the refugees including food, shelter, education and healthcare support with the UN official, said the sources.

They also discussed the recent developments in Syria and in the region.

Turkey hosts more than 3.5 million Syrians, more than any other country in the world. The country has so far spent more than $30.2 billion on the well-being of this displaced population.

Syria has been locked in a vicious civil war since 2011, when the Assad regime cracked down on pro-democracy protests with unexpected ferocity.

Since then, hundreds of thousands of people have been killed in the conflict, according to UN figures.