Top US diplomat Mike Pompeo received a cold shoulder from Turkish officials after he allegedly refused to travel to capital Ankara to pay an official visit, Turkish media report. 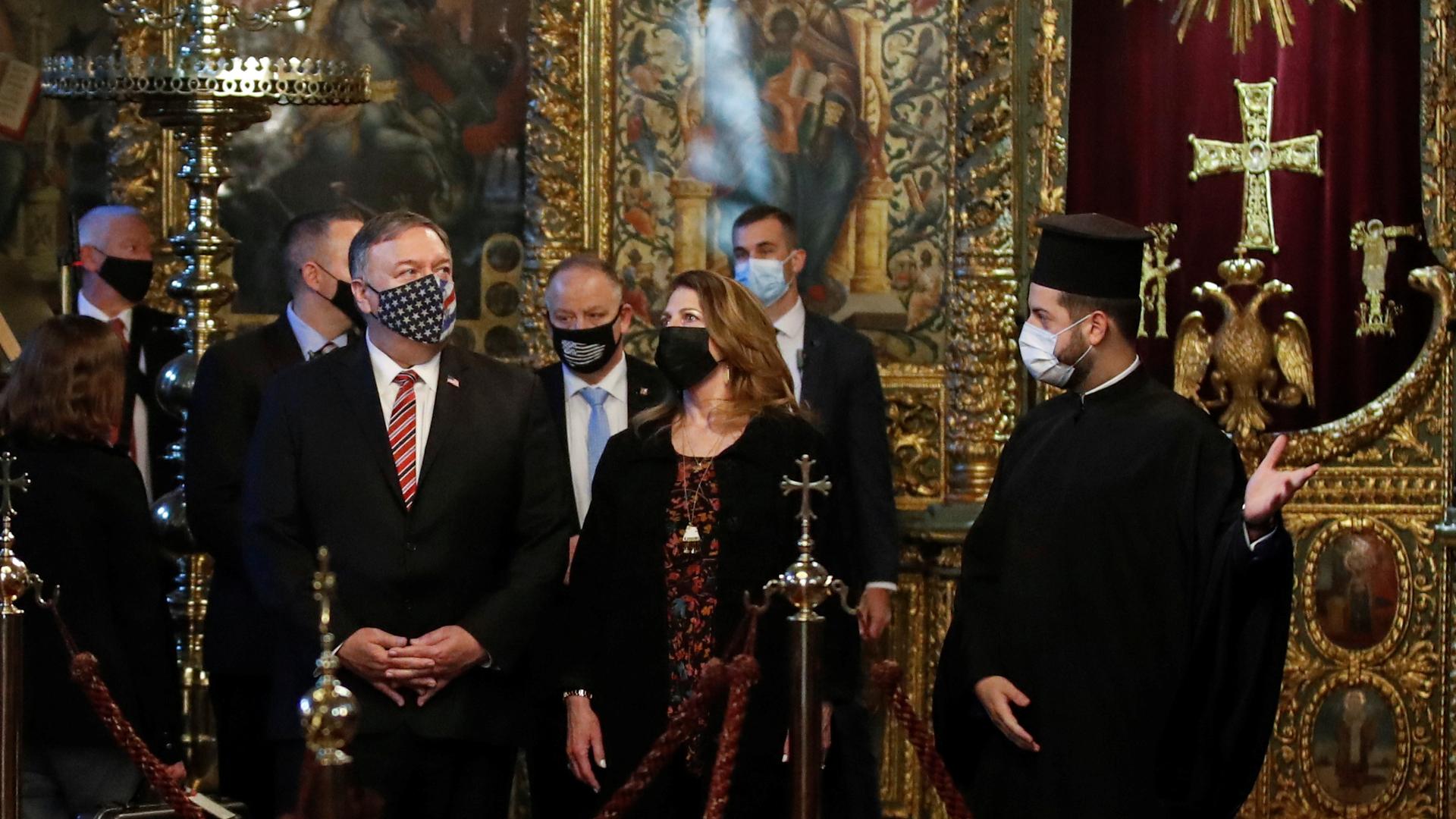 The US State Secretary Mike Pompeo has met with the Istanbul-based spiritual leader of the world’s Orthodox Christians during a short trip to Turkey that includes no meetings with any Turkish officials.

Pompeo, who is on a seven-country tour of Europe and the Middle East, tweeted pictures of him being greeted by Ecumenical Patriarch Bartholomew I, the leader of some 300 million Orthodox Christians, after being shown around the Patriarchate.

He was also scheduled to meet with the apostolic nuncio to Turkey, Archbishop Paul Russell.

Accompanied by a delegation that included his wife Susan Pompeo and US Ambassador to Turkey David Satterfield, Pompeo also visited the St George’s Cathedral, where he lit a candle.

Turkish media reports said Turkish officials were giving Pompeo the cold shoulder after he allegedly refused to travel to the capital to pay an official visit.

But senior State Department officials said the lack of official meetings in Turkey was due to scheduling issues during the brief stop.

They said meetings had been sought but Turkish officials were unable to come to Istanbul from the capital Ankara during the time Pompeo will be there.

The officials noted that Pompeo and his Turkish counterpart plan to see each other in early December at a meeting of NATO foreign ministers.

‘Down with US imperialism’

Meanwhile, around 25 members of a left-wing nationalist group staged a brief demonstration near the Patriarchate under heavy police presence, protesting Pompeo for meeting with Bartholomew instead of state officials.

The demonstrators chanted “Down with US imperialism.”

According to reports, the talks were to centre on religious freedoms in Turkey, which has angered Ankara and prompted officials to call on Washington to focus on human rights violations in the United States.

Last week, Turkey issued a sharply worded statement criticising Pompeo’s plans and said Washington should “look at the mirror” and deal with issues such as racism, anti-Muslim stance, and hate crimes.