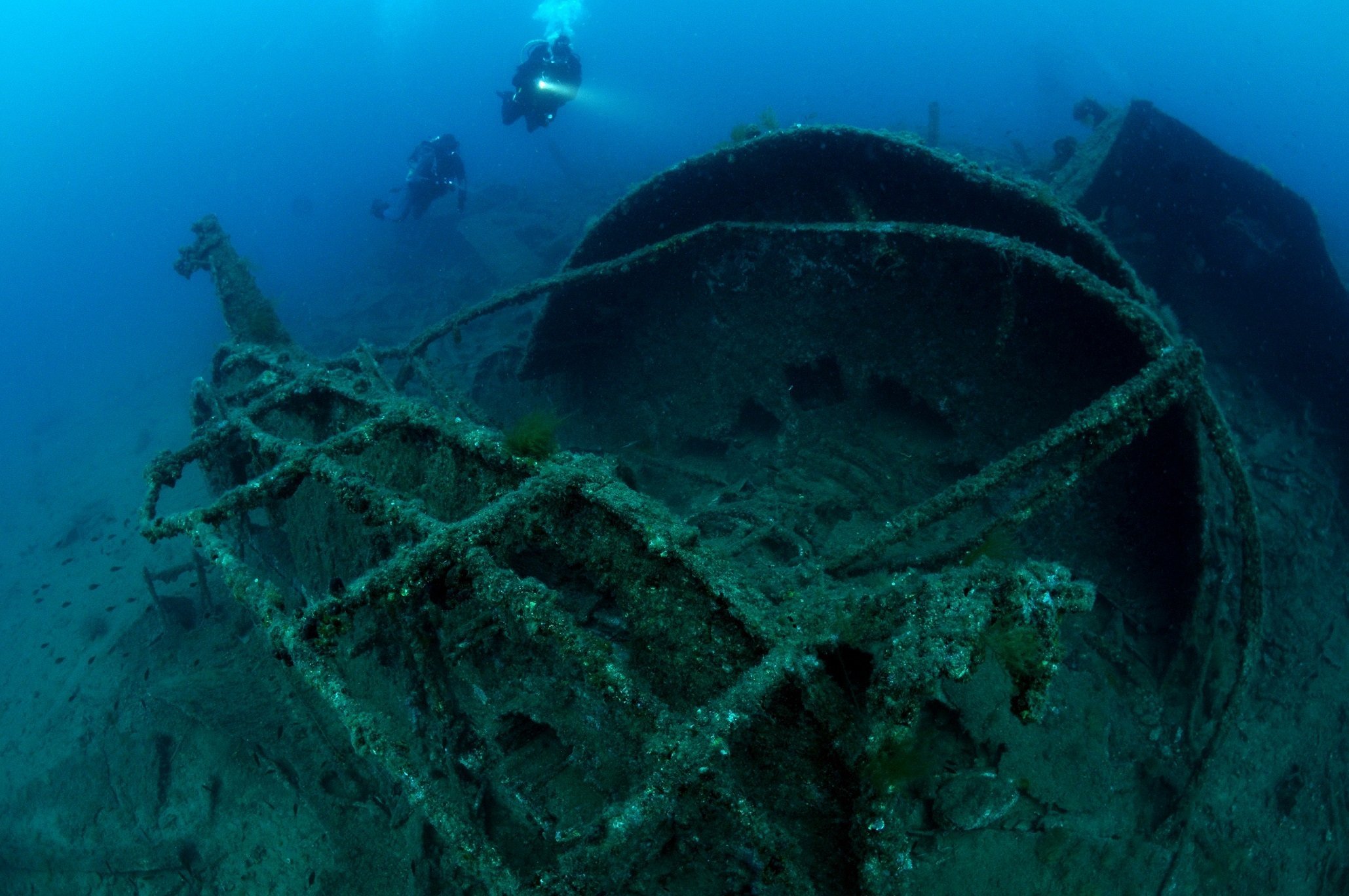 More than a century after Ottoman forces fended off British warships in the famous Gallipoli campaign, remnants of sunken ships are scheduled to be included in an underwater park.

HMS Majestic of the Royal Navy, which was torpedoed by a German submarine, the Ottomans’ ally during World War I, will be the first to be opened for diving tourism. A department of the Culture and Tourism Ministry, which runs Gallipoli National Park where the land battles were fought in the western province of Çanakkale, is overseeing the project. In cooperation with the Marmara Research Center of the Scientific and Technological Research Council of Turkey (TÜBITAK), the department plans to create the first World War I themed underwater park.

Ismail Kaşdemir, director of the Gallipoli Historical Field department, told Demirören News Agency (DHA) that they have detected the wreckage of 22 ships in the Dardanelles and off the coast of the Gallipoli peninsula.

The 120-meter (394 feet) HMS Majestic, which was commissioned by British Royal Navy in 1895, was torpedoed by a German U-21 submarine on May 27, 1915, neat the village of Seddülbahir village on the Gallipoli peninsula. It now lies at a depth of 24 meters with shells fired by Ottoman forces still intact. Before sinking, it came under heavy fire from ground forces while flanking the Allied personnel landing on the peninsula with coastal bombardments.

Kaşdemir says that after a ban on diving near the wreckage of ships was lifted, they launched the project to create the park.

“The battle of Gallipoli is often treated as a major landing campaign but many remnants of the battle lie under the sea. Along with wrecked ships, there are cannonballs, bullets and other material that sank in the sea,” he said. HMS Majestic is scheduled to be opened for divers in the spring of 2021.

The Ottoman Empire, which sided with Germany and Austria-Hungary during World War I, faced a major push from Allied forces seeking to control the Dardanelles as it was the gateway to the Ottoman capital Istanbul and the Black Sea. In February 1915, the British and French navies launched a massive attack on the straits and on March 18, the primary assault began. When battleships failed to seize the strait, the Allies dispatched troops that landed on the Gallipoli peninsula in April 1915. This campaign failed as well, with heavy casualties sustained on both sides.

Different takes on the Ottoman Empire: A summer reading list

Turkey Commemorates 97th Anniversary Of Founding Of Its Republic