Officials say one of the terrorists was killed while detonating explosives while the other was killed during a shootout with security forces in Hatay's Iskenderun district. 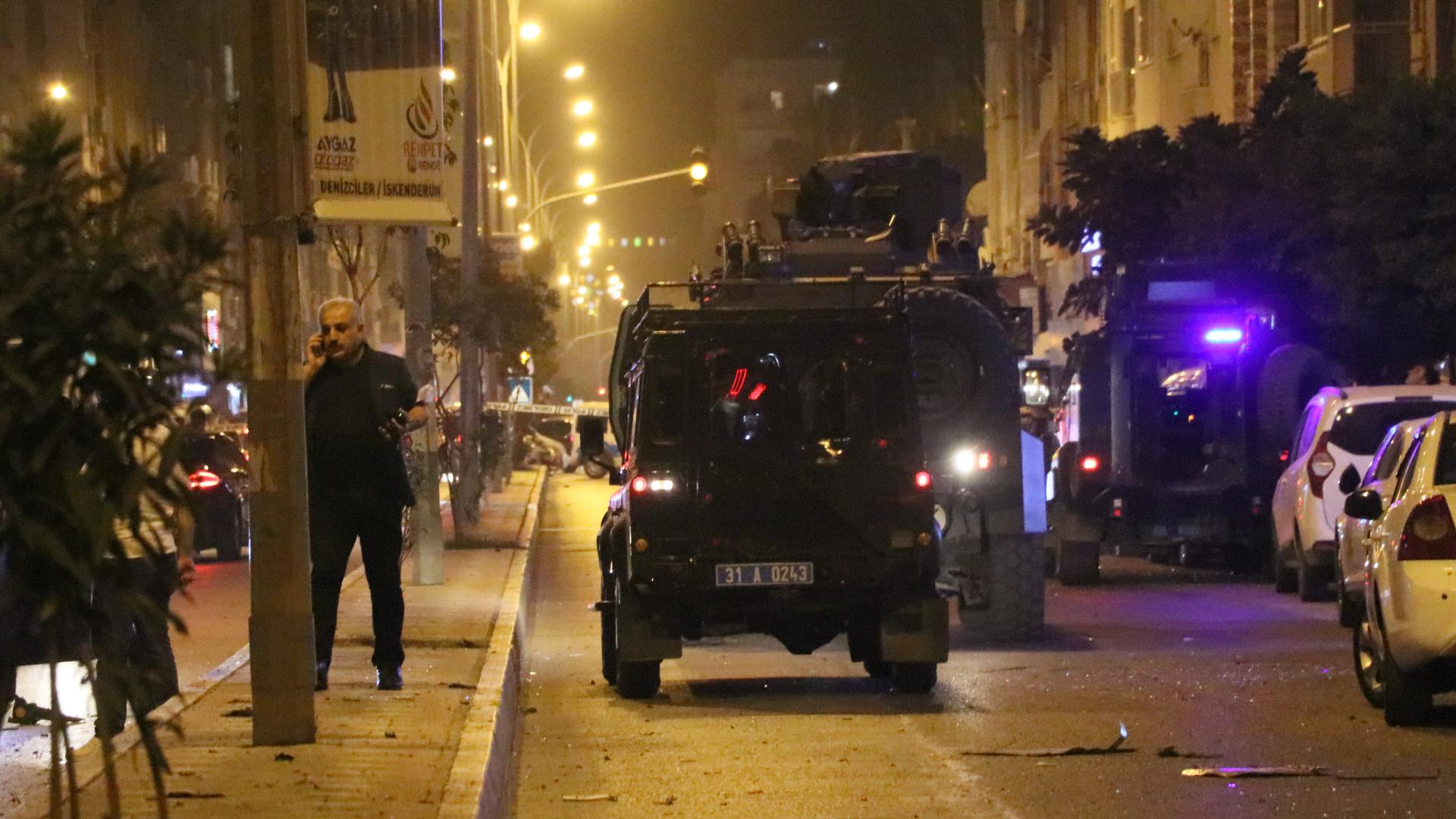 Turkey has conducted a clean anti-terror operation by killing two YPG/PKK terrorists in the country’s Hatay province near the border with Syria, officials said.

Turkish Interior Minister Suleyman Soylu said on Monday the two terrorists were involved in the explosion in Iskenderun district.

The explosion hit the town’s Fener Street, which was closed to traffic after the incident.

Ambulances and police squads were dispatched to the area, while Hatay Governor Rahmi Dogan said that there were no civilian or military casualties in the incident.

He said one of the terrorists detonated himself whom security forces had pursued. The second one also was killed at the end of the police chase, Dogan added.

Terrorists were identified by authorities at a security checkpoint in Hatay’s Payas district, Dogan said.

President Recep Tayyip Erdogan commended Turkish security forces for the anti-terror operation, saying Turkey will continue to fight against terrorism within and beyond the country’s borders.

He said the terrorists took off from Syria’s PKK/YPG-controlled Manbij town and landed on Nur or Amanos Mountain by using a paramotor vehicle.

Amanos Mountain is known to be used as a hideout by the YPG/PKK terror group.

In its more than 30-year terror campaign against Turkey, the PKK – listed as a terrorist organisation by Turkey, the US, and the EU – has been responsible for the deaths of nearly 40,000 people, including women, children and infants.

The YPG is the PKK’s branch in Syria, just across Turkey’s southern border.

READ MORE: What do we know about massive forest fires in Turkey?

Barrett Confirmed To Us Supreme Court In Trump Pre-election Win

Barrett Confirmed To Us Supreme Court In Trump Pre-election Win