Hundreds of thousands of Rohingya, a native Muslim minority facing genocide at the hands of Myanmar's army, were unable to vote in the parliamentary elections. 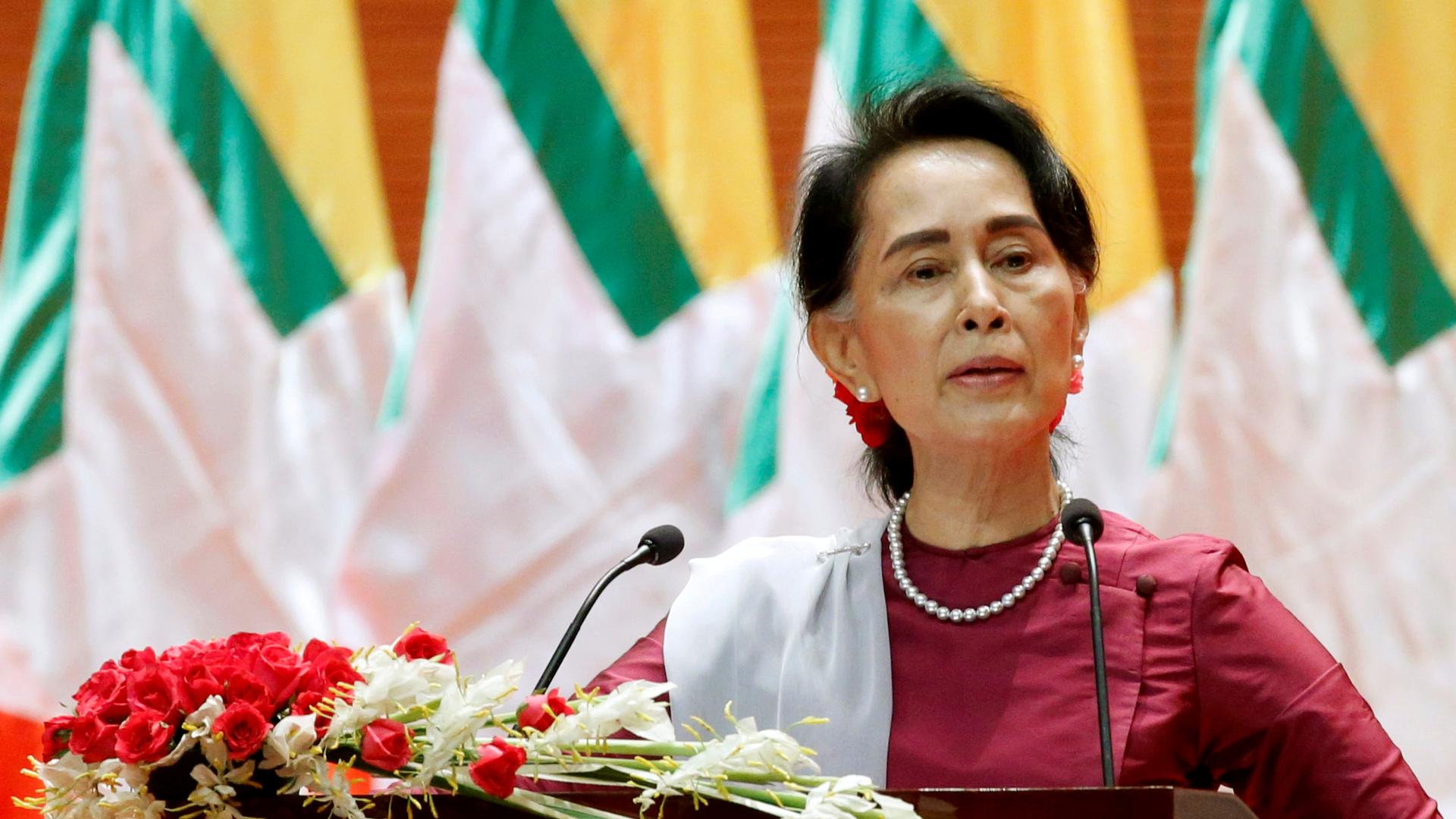 Myanmar’s governing party has said it had won enough seats in parliament to form the next government, after reporting a lead based on its unofficial count of votes from the country’s second general election since the end of strict military rule.

Party spokesman Myo Nyunt said that internal reports showed the National League for Democracy (NLD), led by Aung San Suu Kyi, had won the 322 seats in parliament needed, though no official results had been announced by the election commission.

“We thank the people,” he said. “For the people, for the party, this is such an encouraging election result.”

The Election Commission is expected to announce official results later on Monday.

Sunday’s election was seen as a referendum on the fledgeling democratic government led by Suu Kyi and the NLD, which remains hugely popular at home but has seen its reputation collapse overseas after a brutal genocide against the persecuted Rohingya Muslim minority, who were unable to vote in Sunday’s poll.

Up for grabs in the election are 315 seats in the 425-member lower house and 161 seats in the 217-seat upper house of parliament.

The NLD came to power after a 2015 landslide in which it won a total of 390 seats, a benchmark Myo Nyunt said it expected to exceed, according to data compiled from reports by party agents at polling stations across the country.

A spokesman for the second-biggest party, the military-backed Union Solidarity and Development Party (USDP) could not immediately be reached for comment.

The military, which ruled Myanmar for nearly 50 years until it began withdrawing from civilian politics in 2011, controls a quarter of seats in both houses of parliament, under a constitution it drew up and which Suu Kyi and her allies want to amend.

The NLD had been expected to win but with a smaller margin following the emergence of new parties and ethnic minority parties gaining support in some regions.

In contrast to the wave of optimism that greeted the NLD’s landslide win in 2015, Myanmar went into this election under a cloud of a surging Covid-19 outbreak, economic hardship and escalating ethnic conflicts.

Although Myanmar is seeing an average of 1,100 new coronavirus cases a day – compared with a handful in early August – fears of the virus appeared not to dampen Sunday’s turnout among the 37 million registered voters.

The Election Commission has yet to release data on turnout but in the biggest city, Yangon, long lines of voters wearing face masks and shields formed from dawn.

But more than a million people across the country were unable to vote after polls were cancelled due to insurgencies.

Hundreds of thousands of Rohingya, a native Muslim minority confined to camps and villages in Myanmar’s Rakhine State, most with their citizenship revoked, were also unable to vote.

The Democracy and Human Rights Party, a Rohingya party, said in a statement it was “utterly disappointed” that its people had been disenfranchised.

The election commission has said the polls in areas affected by conflict had to be cancelled for safety reasons and that only citizens were entitled to vote.

Myanmar has long razed Rohingya villages in a bid to deny the minority community their citizenship, by making their birthplaces inexistent.

Most Rohingya are not considered Myanmar citizens and the government accuses the native population of being migrants from neighbouring Bangladesh even though many can trace family roots back many generations.

The United Nations has said there was genocidal intent in a 2017 army crackdown that forced 730,000 Rohingya to flee to Bangladesh.

Myanmar rejects that saying its security forces were carrying out legitimate operations against Rohingya militants, but has so far provided no evidence to prove its claims.