Posts on the Facebook accounts of Ted Hui, Eddie Chu and Ray Chan say they have been arrested in relation to the incidents in the legislature's main chamber. The trio separately disrupted legislative meetings on two occasions. 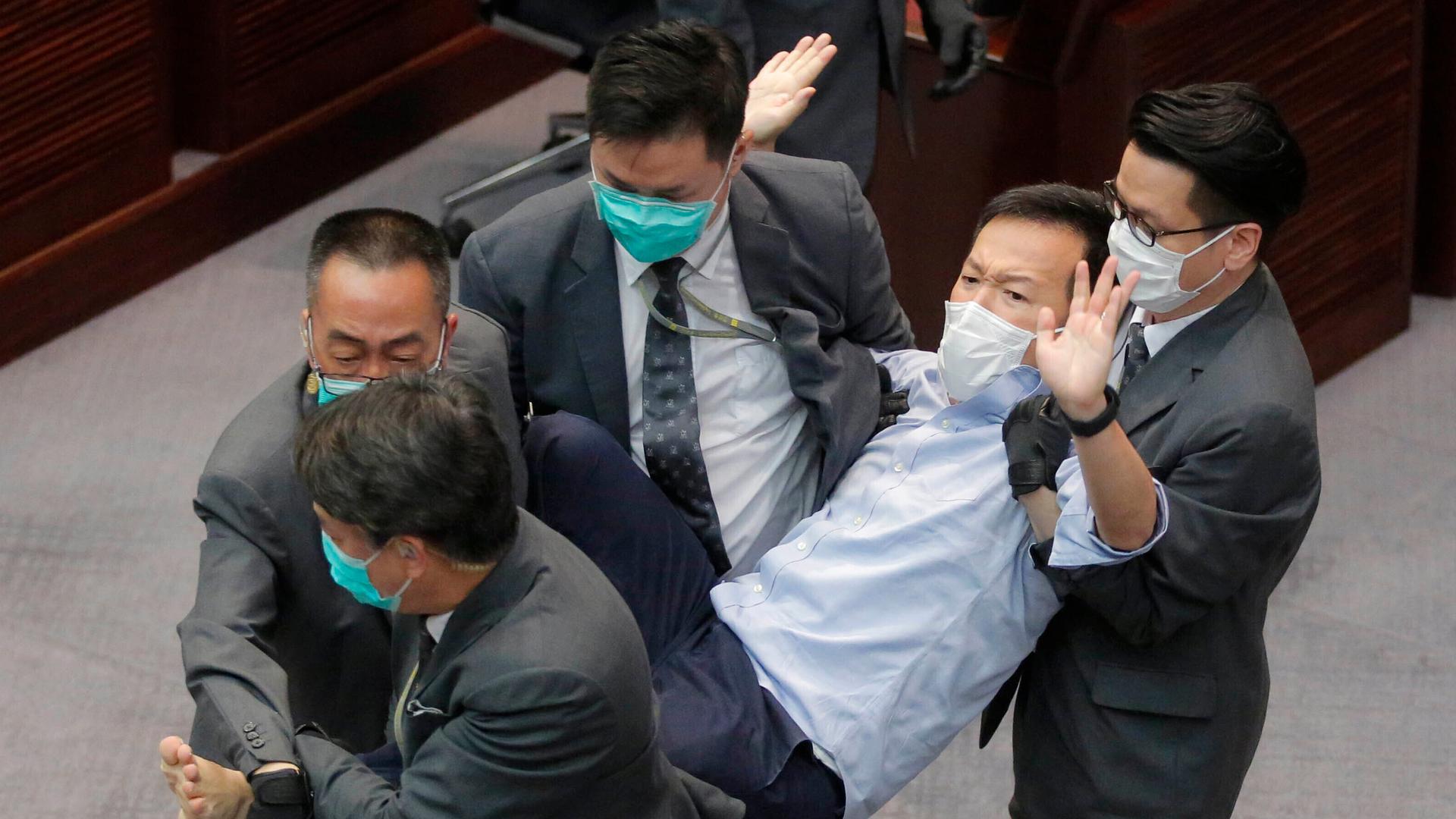 Police in Hong Kong have arrested three former lawmakers over May and June incidents in which foul-smelling liquid was thrown in the city’s legislature, an act police said was intended to cause harm.

The arrests come after Hong Kong’s opposition lawmakers resigned en masse last week in protest against the dismissal of four colleagues in what they see as another push by Beijing to suppress democracy in the city.

Police said that after an in-depth investigation, the three men had been charged with attempting to use harmful substances with the intent to cause harm, mental injury or irritation to others. They have been detained while the investigation continues.

Live television footage showed lawmakers Eddie Chu and Ray Chan rushing to the front of the chamber during a June debate over a controversial bill that would criminalise disrespect of China’s national anthem, splashing the reeking fluid as guards grappled with them. Police and firefighters arrived later.

In May, Ted Hui dropped a rotten plant in the middle of the meeting, footage showed.

Hui, who is part of the city’s Democratic Party, said on Wednesday that officers came to his home to arrest him after accusing him of disturbing legislature proceedings and mentally disturbing the council’s president, Andrew Leung.

Opposition members have tried to take a stand against what many people in the former British colony see as Beijing’s whittling away of freedoms, despite a promise of a high degree of autonomy under a “one country, two systems” formula, agreed to when it returned to China in 1997.

China denies curbing rights and freedoms in the global financial hub, but authorities in Hong Kong and Beijing have moved swiftly to quash dissent after anti-government protests erupted last year and engulfed the city.