Belarus is in a political crisis as tens of thousands of Belarusians have taken to the streets each week since the Aug. 9 election calling for President Lukashenko to resign after 26 years in power. 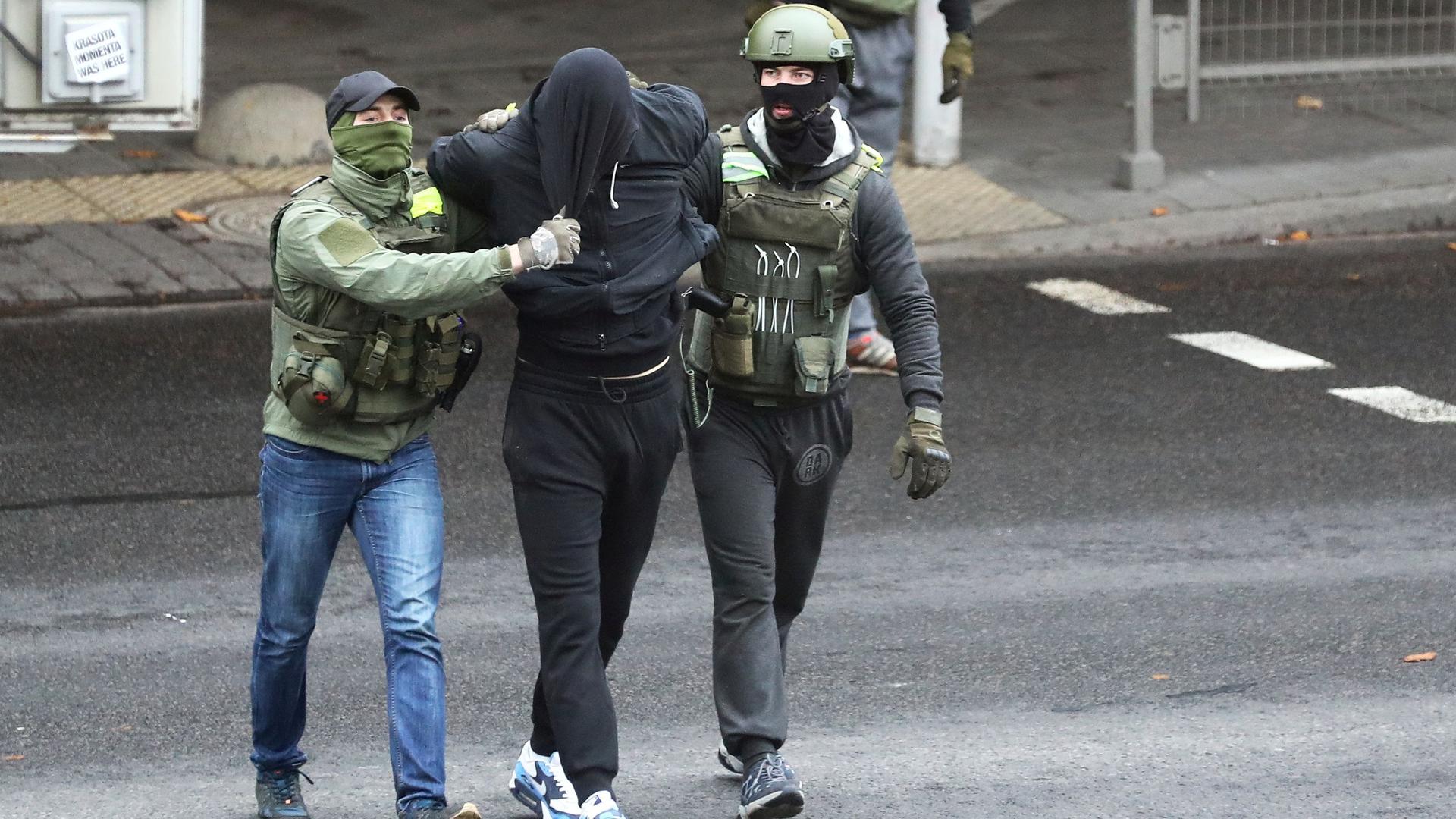 Hundreds of people were reportedly detained in Minsk in the latest anti-government protests since a disputed August election returned Belarusian President Alexander Lukashenko to power.

After an initial gathering in the centre of the capital was dispersed on Sunday by security services, demonstrators spilled out across the city, with groups of protesters staging small demonstrations and holding the red and white flags of the opposition.

In one shopping centre, law enforcement officials locked the doors and began spot searches of customers, looking for opposition banners and other materials.

Erdogan Highlights Double-standards In Treatment Of Muslims And Attacks

The Viasna Human Rights Centre, which is not registered in Belarus, said around 360 people had been detained.

Both had previously signed an open letter by 1,000 Belarus sports community members calling for new elections.

Belarus is in a political crisis as tens of thousands of Belarusians have taken to the streets each week since the Aug. 9 election calling for Lukashenko to resign after 26 years in power.

Thousands of people have been arrested and rights groups say hundreds of detainees have reported being subjected to beatings and other abuse.

On Saturday, 60 doctors and other medical staff who had gathered for a rally were detained, according to Viasna.

Belarus last week told the United Nations it was not investigating a single allegation of police abuse, despite coming under Western criticism since the election for violent crackdowns on anti-government demonstrators.