US cuts troop levels in Afghanistan, Iraq but stops short of full pullout 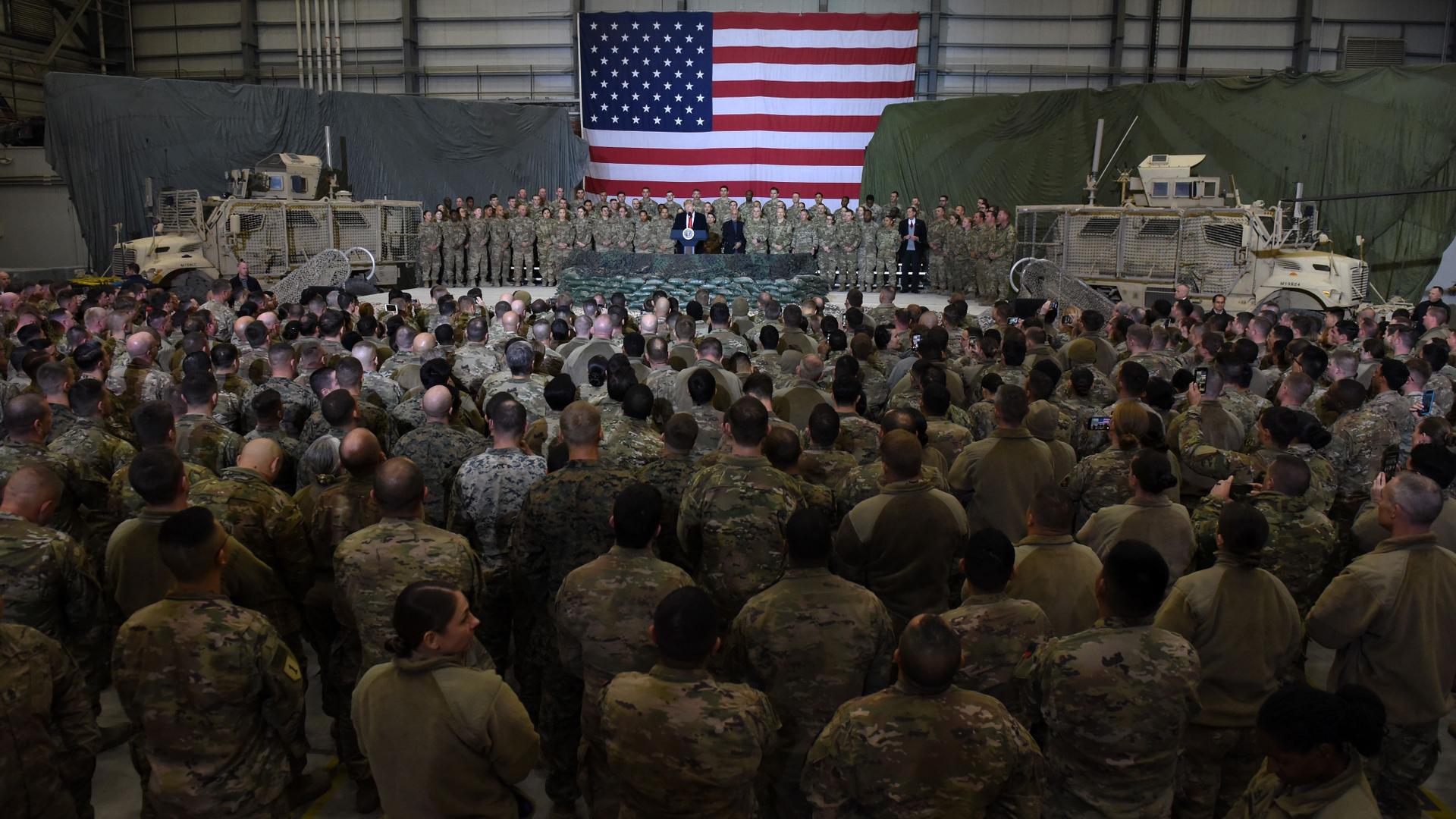 US cuts troop levels in Afghanistan

The US will cut its troops in Afghanistan to 2,500 in January, the lowest level in nearly two decades of war, as outgoing President Donald Trump follows through on a pledge to end conflicts abroad, Pentagon has announced.

Acting Defense Secretary Chris Miller said on Tuesday that around 2,000 troops would be pulled from the country by January 15, and 500 more would come back from Iraq, leaving 2,500 in each country.

The moves reflect Trump’s policy “to bring the wars in Afghanistan and Iraq to a successful and responsible conclusion and to bring our brave service members home,” Miller said.

The new plan will accelerate troop withdrawals from Iraq and Afghanistan in Trump’s final days in office, despite arguments from senior military officials in favour of a slower, more methodical pullout.

Trump has refused to concede his election loss to Democrat Joe Biden, who takes office January 20, just five days after the troop withdrawals are slated to finish.

The accelerated withdrawal goes against the longstanding advice from Trump’s military leadership, including Marine General Frank McKenzie, top US commander for the Middle East.

But officials suggested this week that commanders will be able to live with the partial pullout, which allows them to keep counterterrorism troops in Afghanistan and gives more time to remove critical equipment.

McKenzie and others have repeatedly argued that a hasty withdrawal could undercut negotiations to finalise ongoing peace negotiations between the Taliban and representatives of Afghan society, including the current Afghan government.

And they also warn that US forces should remain in the country to keep Daesh militants in check.

US Senate Majority Leader Mitch McConnell warned against undertaking any quick changes in American defense or foreign policy, including toward Iraq and Afghanistan.

“It is extremely important here in the next couple of months not to have any earthshaking changes in regard to defence or for policy,” McConnell told reporters, adding that a “precipitous drawdown (of US troops) in Afghanistan or Iraq would be a mistake.”

Several wounded in blast at WW1 event at Saudi cemetery

Us To Press Saudi Arabia For Full Investigation Into Khashoggi Murder

Iran Vows To ‘hit’ All Involved In Us Killing Of Soleimani