Police clear street camp north of Paris, where around 2,000 asylum-seekers had been living in cramped tents. 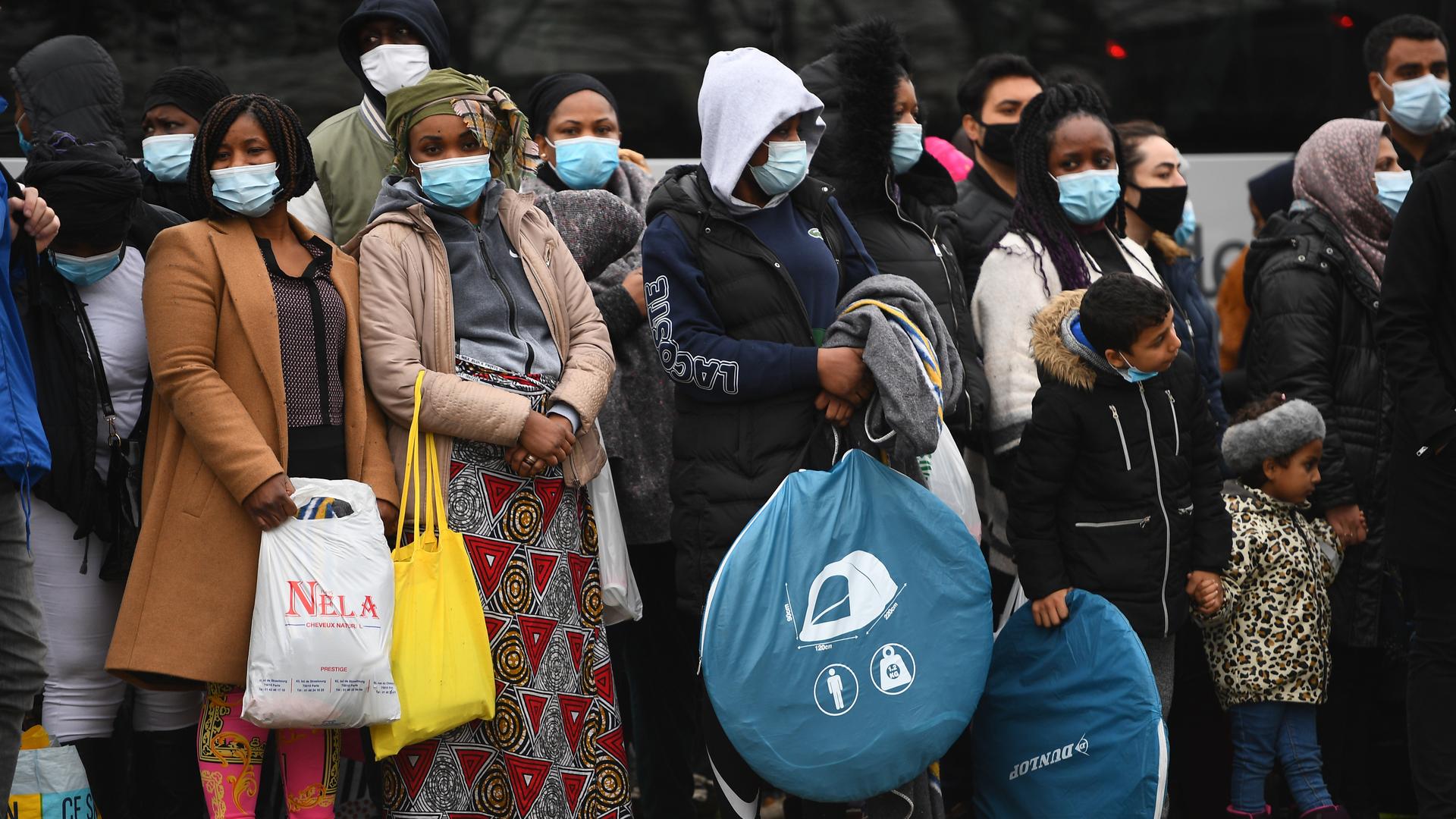 French police have cleared a migrant street camp outside the Stade de France stadium north of Paris where around 2,000 people, mainly Afghan and African, had been living in cramped tents.

Dozens of police were deployed to carry out the operation on Tuesday, which took place in the midst of a nationwide coronavirus lockdown.

Police: ‘These camps are unacceptable’

Paris is a key stop-off point on the European migrant route, with tented camps repeatedly sprouting up around the city only to be torn down by the police a few months later.

Over the past year, migrants have decamped to the suburbs to try to avoid being moved on by the police.

During the first anti-Covid lockdown in March-April, a smaller camp housing around 700 migrants was cleared in the suburb of Aubervilliers, also close to the Stade de France.

“These camps are unacceptable,” Paris police chief Didier Lallement told reporters, adding that those migrants who were cleared to remain in France would be given accommodation but that those without bona fide asylum claims “were not destined to remain on French soil”.

Many, mostly men, had travelled alone to Europe and who had been living on the streets in Paris for months, moving from one dismantled camp to another.

The vast majority were Afghan but some came from Sudan, Ethiopia, and Somalia.

Some 70 buses were laid on to take them to 26 shelters.

The head of the Paris branch of the Medecins du Monde NGO, Louis Barda, expressed concern for migrants living in squalid camps “where respecting barrier gestures is impossible”.

“These people are being locked down outdoors,” he said.

The medical charity Medecins sans Frontieres (Doctors without borders) carried out a sample test last month on 800 migrants living in different migrant centres in the Paris region where it provides assistance.

One in two, 50.5 percent, tested positive for Covid in ten temporary shelters, the survey showed.

MSF blamed the situation on overcrowding.

Many of the migrants who arrive in Paris see Britain as their final destination.

From Paris, thousands have travelled north to the French port of Calais and attempted to stow away on a truck heading across the Channel to England.

A small number attempt the crossing by boat.