Covid-19 has infected more than 229M people and killed over 4.7M. Here are virus-related developments for September 20: 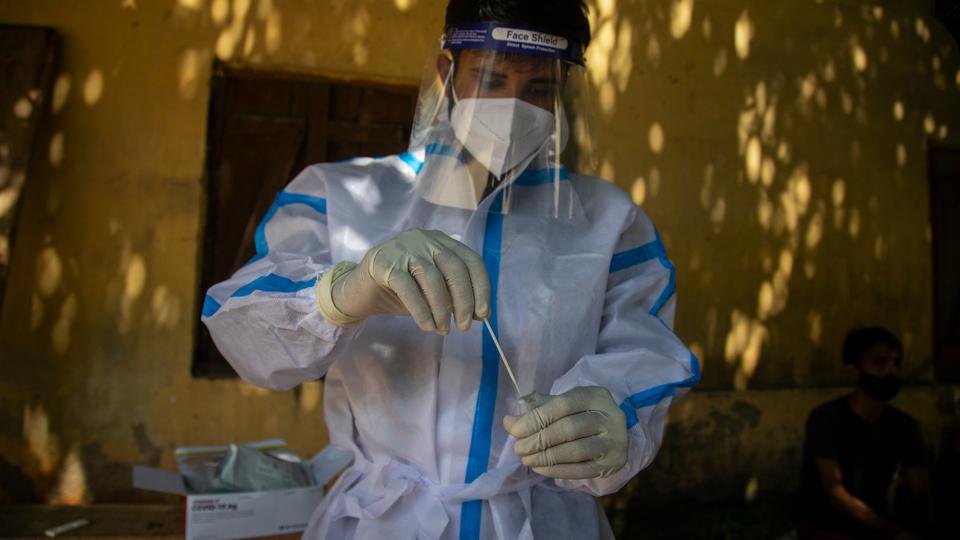 Indian health ministry has urged states and federally controlled territories to step up testing, warning that the festival season could lead to another spike in infections.

Local governments are responsible for local-level health policies in the country, as per the Indian constitution.

The warning came as the country conducted the lowest number of daily tests since mid-August as the health ministry urged local governments not to let their guard down during the September to November festival season.

States and federally controlled territories carried out 1.18 million tests on Sunday, government data showed on Monday, down from 1.56 million on Saturday and against a capacity of more than 2 million.

It comes as most states dropped compulsory testing for fully vaccinated travellers in recent weeks, as they try to boost their economies by making it easier for people to commute.

New  infections meanwhile have plateaued at around 30,000 a day as vaccinations surged but some health experts say this could also been down to reduced testing.

Reclusive Laos has locked down its capital Vientiane and barred travel between Covid-hit provinces, as cases soared to a record high.

The communist country appeared to have escaped the brunt of the pandemic in 2020, and by March this year had reported fewer than 60 cases – though the low number was due in part to limited testing.

But a surge since mid-April has seen its caseload steadily increase, and on Saturday the country reported 467 new cases of community infection, its highest ever single-day tally.

The Philippines will reopen up to 120 schools for limited in-person classes for the first time since the start of the coronavirus pandemic in a pilot approved by President Rodrigo Duterte, officials have said.

While nearly every country in the world has already partially or fully reopened schools for face-to-face lessons, the Philippines has kept them closed since March 2020.

“We have to pilot face-to-face (classes) because this is not just an issue for education, it’s an issue for the children’s mental health,” presidential spokesman Harry Roque told reporters.

“It’s also an issue for the economy because we might lose a generation if we don’t have face-to-face (classes).”

Under guidelines approved by Duterte Monday, up to a hundred public schools in areas considered “minimal risk” for virus transmission will be allowed to take part in the two-month trial.

Classrooms will be open to children in kindergarten to grade three, and senior high school, but the number of students and hours spent in face-to-face lessons are limited.

Fiji plans to reopen for international tourists by November, aiming to rebuild a pandemic-devastated economy while battling a Delta-variant coronavirus outbreak.

“Our goal is to free our country –– and our economy –– from the rut of the pandemic,” Prime Minister Frank Bainimarama said in a statement last week.

Once 80 percent of Fiji’s eligible population is vaccinated, it will offer quarantine-free travel to visitors from a “green list” of locations.

Of Fiji’s eligible population, 66 percent is now fully vaccinated and Bainimarama predicts the country’s target will be met by November 1.

Visitors would need to be fully vaccinated and test negative prior to departure.

New Zealand has eased coronavirus curbs slightly in its largest city of Auckland, as the government expressed confidence that there was no widespread regional transmission of the Delta variant.

But tough restrictions will continue even after midnight on Tuesday, when the alert level drops to 3 from 4 in the city of about 1.7 million at the centre of the latest Delta outbreak.

Schools and offices must still keep closed, for instance, with businesses limited to offering only contactless services.

Residents must still keep to their own “bubbles”, cannot visit friends or neighbours, or let children play together, Prime Minister Jacinda Ardern said.

“Bubbles must remain small and exclusive,” she told a news conference.

Vietnam’s capital Hanoi will further ease its restrictions from this week, the government said, with new cases on the decline and the majority of its adult population partially vaccinated.

Most construction projects can resume from Wednesday, authorities said late on Sunday, adding further easing would follow, with average new daily cases down to just 20.

So far 94 percent of Hanoi’s adult population of 5.75 million has received one shot of vaccine, with the aim of completing second doses by the end of November, said deputy chairman of Hanoi’s ruling People’s Committee, Duong Duc Tuan.

“We can’t maintain the social distancing measures indefinitely,” Tuan said in a statement.

Data needed to determine the advisability of booster shots of the Moderna and Johnson & Johnson vaccines is just weeks away, chief US medical adviser Dr Anthony Fauci said as officials signaled they expected boosters would be recommended for a broad swath of Americans.

US health regulators already have begun to consider a third dose of the Pfizer-BioNTech vaccine.

A US Food and Drug Administration advisory panel on Friday recommended a third shot of the two-dose Pfizer-BioNTech vaccine for people age 65 and older or at high risk, but declined to endorse boosters for the wider population.

People who have received the two-dose Moderna vaccine or one-dose J&J vaccine are still awaiting guidance on possible booster shots.

Chris Rock said he has been diagnosed with the virus and sent a message to anyone still on the fence: “Get vaccinated.”

The 56-year-old comedian wrote on Twitter: “Hey guys I just found out I have COVID, trust me you don’t want this. Get vaccinated.”

Rock has previously said he was vaccinated. Appearing on “The Tonight Show” in May, he called himself “Two-shots Rock” before clarifying that he received the one-shot Johnson & Johnson vaccine.

“You know, I skipped the line. I didn’t care. I used my celebrity, Jimmy,” he told host Jimmy Fallon.

‘Stockpiled vaccines must be given to poorer nations’

A vaccine summit being hosted by US President Joe Biden must come up with a plan this week to transfer 100 million stockpiled vaccines to poorer countries before they reach their expiry date, former British Prime Minister Gordon Brown said.

Biden is due to convene a virtual summit on Wednesday on the margins of the UN General Assembly, aimed at boosting vaccinations worldwide with the goal of ending the pandemic by the end of 2022.

Brown said he had sent Biden and fellow G7 leaders research by Airfinity, a scientific information and analytics company, which found 100 million vaccines stockpiled in rich countries in the northern hemisphere would expire by December without being used.

Out of 5.7 billion doses of coronavirus vaccines administered around the world, only 2% have been in Africa.

Brazil registered 244 more deaths and 9,458 additional cases, according to data released by the nation’s Health Ministry.

On Saturday, Brazil registered over 150,000 cases, due to a backlog of cases in Rio de Janeiro that had not been previously reported to the Health Ministry.

Mexico reported 4,983 new confirmed cases and 200 deaths, according to Health Ministry data, bringing the total number of infections since the pandemic began to 3,569,677 and 271,503 fatalities.

The ministry has previously said the real numbers are likely significantly higher.