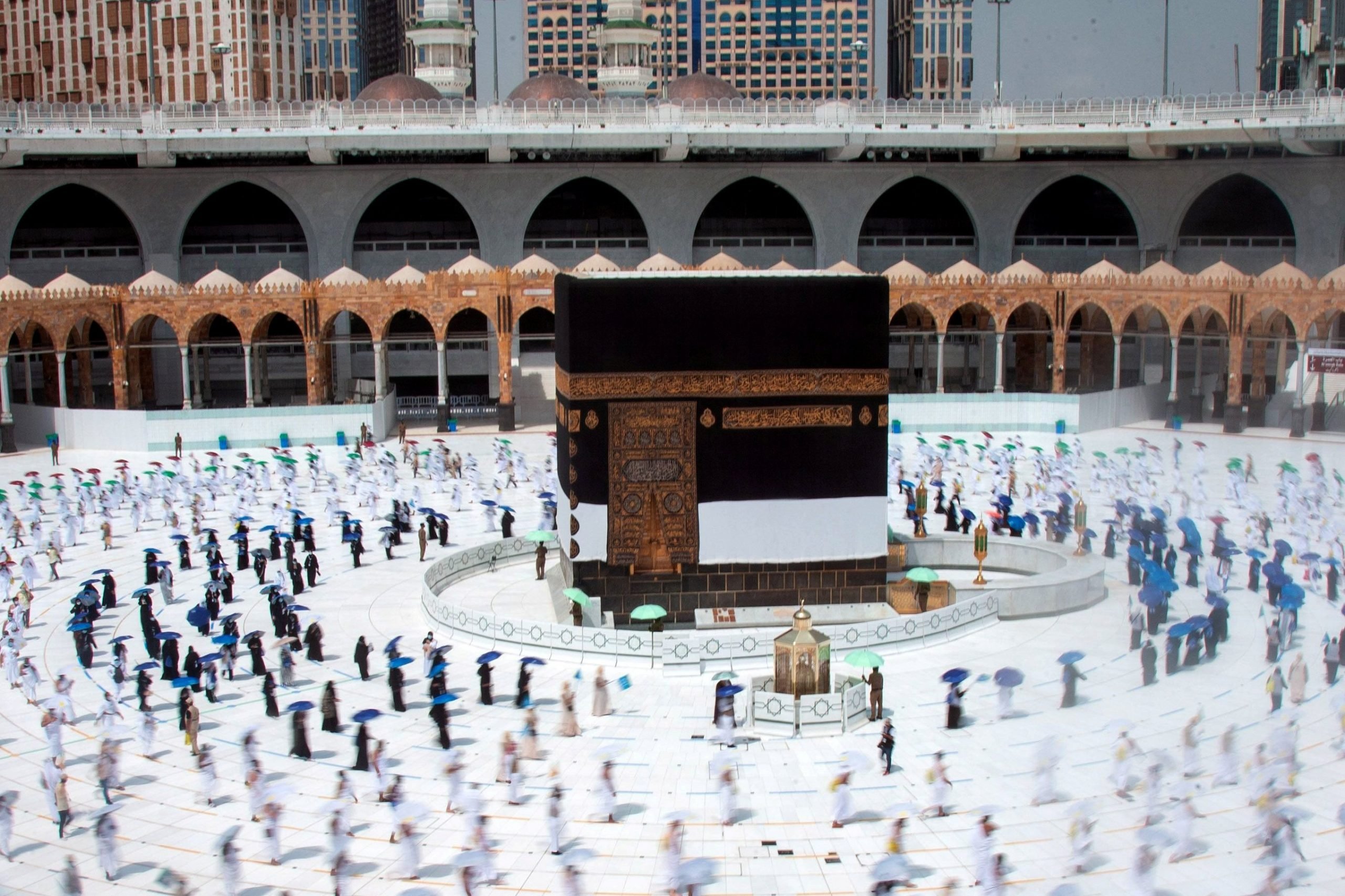 Muslim pilgrims maintain social distancing as they circle the Kaaba at the Grand Mosque during the annual Haj pilgrimage amid the COVID-19 pandemic, in the holy city of Mecca, Saudi Arabia, July 29, 2020. (Saudi Ministry of Media/Handout via Reuters)

Saudi Arabia will open the Umrah pilgrimage to Mecca to Muslims from other countries from Nov. 1, Saudi media reported on Thursday, as the kingdom relaxes measures it had taken to curb the spread of coronavirus.

“The Umrah pilgrimage is allowed for Muslims from across the world,” Saudi state TV said, citing a statement from the Ministry of Pilgrimage. The Saudi-owned, Dubai-based TV channel Al-Arabiya said Umrah will be allowed from Nov. 1

Saudi Arabia closed its borders in February to foreign Umrah pilgrims and in March stopped its own citizens and residents from taking part due to the COVID-19 outbreak.

The hajj went ahead in late July, on the smallest scale in modern history, with only up to 10,000 Muslim residents of the country allowed to take part – a far cry from the 2.5 million who participated last year.

Earlier in October worshippers were allowed to pray inside the Grand Mosque in the holy city of Mecca, as Saudi authorities partially resumed the year-round Umrah pilgrimage with extensive health precautions adopted after a seven-month hiatus in light of the pandemic.

Thousands of worshippers entered the Grand Mosque in the holy city of Mecca in batches to perform prayers at the sacred Kaaba, a cubic structure toward which Muslims around the world pray.

The Umrah, a pilgrimage that can be undertaken at any time, usually attracts millions of Muslims from across the globe each year.

On Oct. 4, Saudis and foreign residents of the kingdom were permitted to perform the year-round Umrah pilgrimage at 30% capacity or 6,000 people per day. As of Oct. 18, the kingdom has allowed 15,000 pilgrims per day – expanding the capacity by 75% – to pray at Al-Masjid al-Nabawi, or the Prophet’s Mosque, in Medina.

Bluster aside, neither Iran nor the US can afford a war right now

Who was responsible for the Saudi Aramco Attack?

The murder that shook the world