Digital exhibition takes visitors on journey from location to dislocation 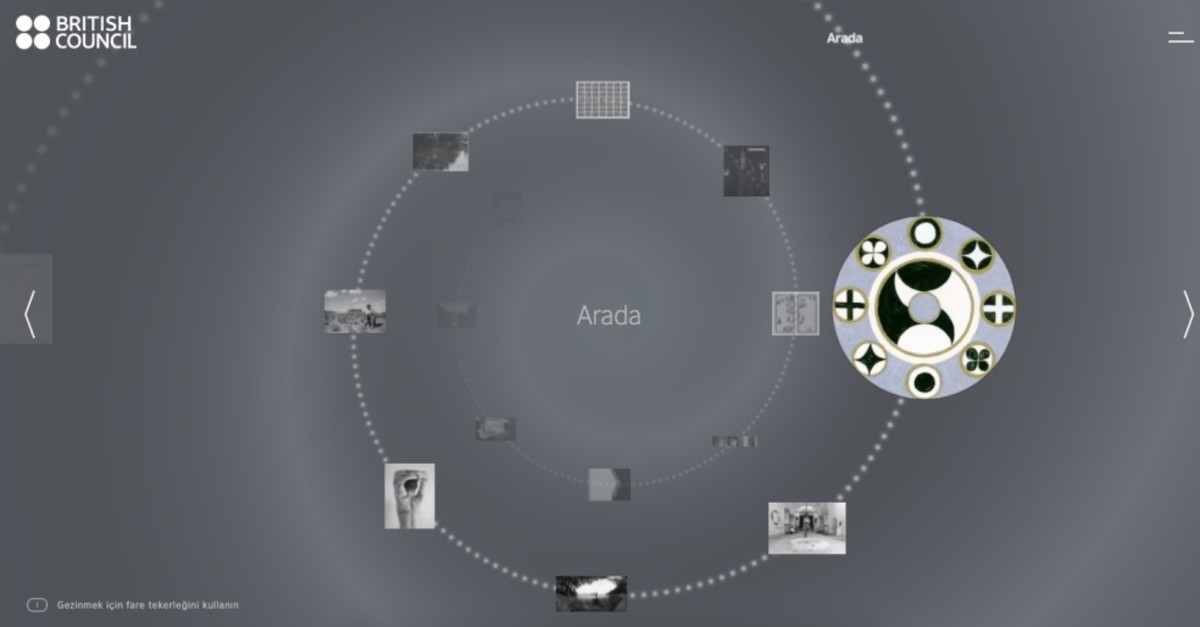 Digital exhibition takes visitors on journey from location to dislocation

The British Council Turkey initiated the digital exhibition platform “Museum Without Walls” in 2017. Aiming to present an artistic experience independent of time and space that follows a new theme each year, the virtual museum launched its fourth exhibition “Almost There” on Feb. 11.

Contrary to the other “Museum Without Walls” exhibitions in the last four years, “Almost There” is co-curated by multiple curators for the first time. The co-curators were selected from Turkey, Georgia and Ukraine. This year’s curators are Teona Burkiashvili from Georgia, Tatiana Kochubinska from Ukraine and Seyhan Musaoğlu from Turkey. The international group of curators is fitting to this year’s theme which focuses on people’s eternal desire to determine a place of their own in relation to a country. Giving insight into the recent human conditions of the world, the exhibition reflects the degrees of separation and displacement based on one’s country of birth. The idea of a universal identity is examined through a journey that the viewer is invited to take in this virtual exhibition.

Featured works explore social constraints as well as visible and invisible borders. The artwork is created by artists from Georgia, Turkey and Ukraine as well as some works by artists in the British Council Collection. The media used in the artwork include photography, video, recorded performance art, painting and installations.

Held around the concept of art for all, the online exhibition was designed specifically to be available from every internet-connected desktop or mobile device in the world and has been customized to serve as a comfortable exhibition experience for people with disabilities as well.

The first edition of the project in 2017 was “I Dreamed A Dream The Other Night,” curated by Elif Kamışlı, who is the exhibition curator of the Istanbul Biennial. The website was visited by 110,000 people during the virtual exhibit. The second one in 2018 was called “You Look Familiar” and curated by Ulya Soley, the collection manager at the Pera Museum in Istanbul and an emerging curator from Turkey. This edition was visited 159,000 times in three months.

Mine Kaplangı was selected to curate the third exhibition with her “Dancing with Witches” concept. That exhibition was inspired by a recent focus on the witch as a symbol of female power and works of English literature which foregrounded women’s rights and equality.

In between location and dislocation

According to data from the Ministry of Family and Social Policies, more than 2 million men and around 2.8 million women in Turkey experience various forms of disability. This makes up 15% across the globe.

In line with a British Council study, the average internet usage in Turkey is 84% among people aged between 16 and 24 and 79% of people aged 25-34. But, 27% of individuals with disabilities have not used the internet before. Bringing together works from the British Council Collection as well as from Turkey, Georgia and Ukraine, “Almost There” enables visitors to experience and discover the collection at their own pace and without any limitations of time or physical capability. The exhibition offers detailed text and audio-visual information on every piece and artist, including accessibility enhancing features such as audio description, Turkish and international sign language, contrasts and text enhancing, which are compatible with text-to-speech programs for the visually impaired.

Almost There can be visited at http://exhibitions.britishcouncil.org.

Ramadan as a subject: How the Islamic holy month has been reflected in arts and literature

First and only: Oscars 2021 to allow streaming-only films due to coronavirus pandemic

Before coronavirus, the plague shaped art

Patriot Systems Could Be Provided To Turkey For Security – Hulusi Akar

Read Rousseau, Plato And Dawkins? This Turkish Boy Has And He’s 10

Read Rousseau, Plato And Dawkins? This Turkish Boy Has And He's 10