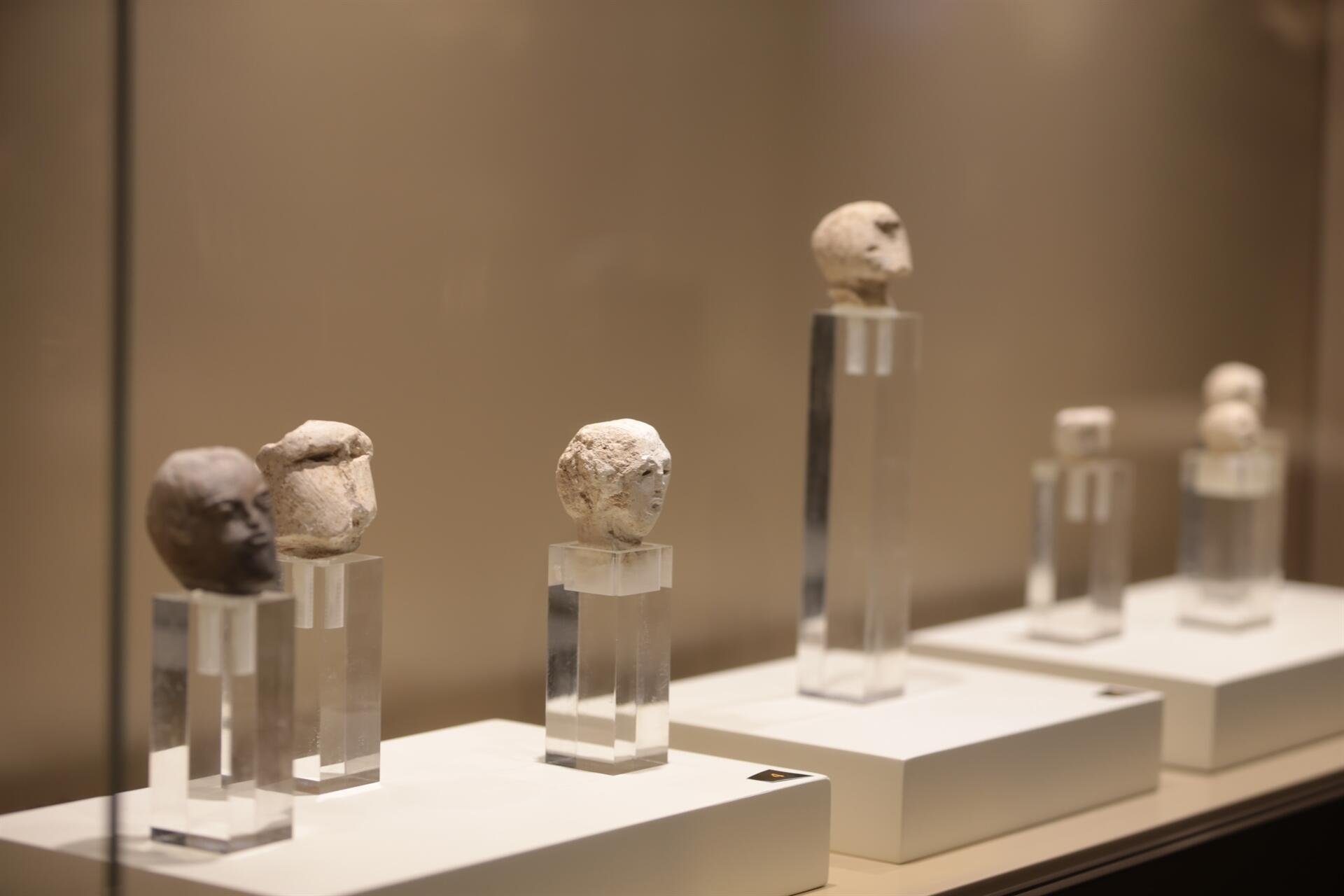 The Culture and Tourism Ministry and the Turkish Tourism Development and Promotion Agency (TGA) have introduced the Stone Hills, which host the first examples of settled life and social communities in the world, at an event held at the Şanlıurfa Museum.

The opening ceremony of the “Karahantepe and Neolithic Man” exhibition was also held during the event.

Speaking at the ceremony, Culture and Tourism Minister Nuri Ersoy said that the number of Turkish excavations increased from 57 to 147, and the total amount of funds allocated to excavations and research reached 58 million Turkish Liras from 1.9 million liras.

Stating that Göbeklitepe, which was included in the UNESCO World Heritage List in 2018, updated the information in archeology and all related branches.

“We called it ‘Zero Point of History.’ We will now go deeper. Because Göbeklitepe is not the one and only,” he added.

Ersoy noted that with 12 excavations to be carried out within the scope of the project, they will be interpreting the unknown stories of Anatolia’s contribution to the history of humanity.

“As part of this project, new settlements were discovered through surveys carried out in two regions. We are still continuing archaeological excavations in seven areas in Göbeklitepe, Karahantepe, Gürcütepe, Sayburç, Çakmaktepe, Sefertepe and Yeni Mahalle Mound. Within the first phase of the project, covering the years 2021-2024, excavations will also begin in Ayanlar, Yoğunburç, Harbetsuvan, Kurt Tepe and Taşlıtepe settlements. Geomagnetic and geo-radar measurements were carried out in some of these areas. Measurements will continue in parallel with the excavations.”

He also noted that the Şanlıurfa Neolithic Age Research Project is the largest and most comprehensive archeology project ever done in Turkey with the participation of eight universities from five countries and four international academies, institutes and museums.

“Moreover, this process will not only consist of research and excavation works. In addition to many international scientific meetings and events such as the International World Neolithic Congress, we will also make visitors welcome with promotion centers, exhibition and landscaping projects, transportation and infrastructure arrangements. A public investment of 127 million liras is envisaged for these projects,” the minister said.

Stating that a website was designed to share the phases of the project, Ersoy said, “We will also announce the results of the Şanlıurfa Neolithic Studies Project through scientific and popular publications, museum displays and symposiums.”

The Stone Hills are believed to be the place where the shelters turned into housings and real villages were formed 12,000 years ago. There are traces about the first use of pottery and people’s ability to carry out basic trade initiatives in the Stone Hills. The monumental structures found in the region are believed to have been communal places where people came together.