Covid-19 has infected more than 228M people and killed over 4.6M. Here are virus-related developments for September 18: 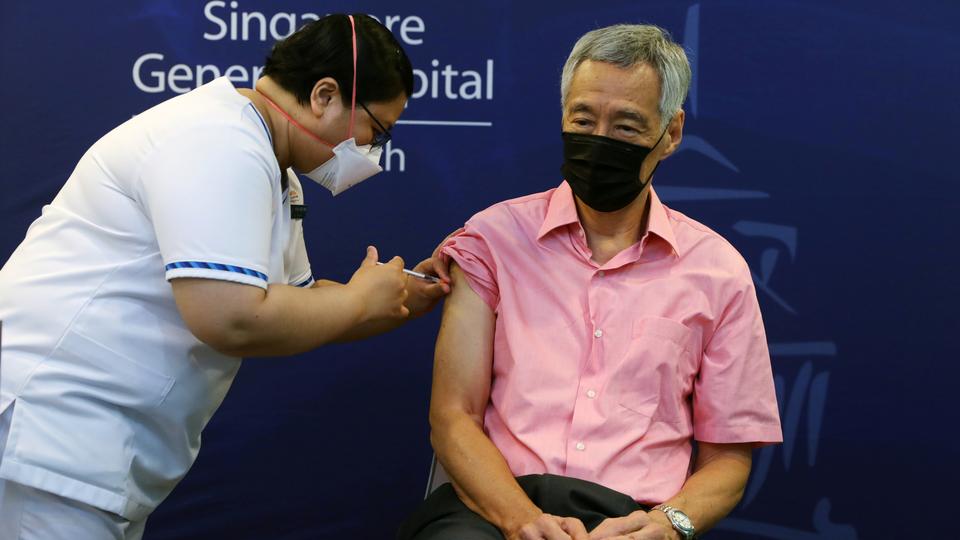 A recent rise in cases after the relaxation of some Covid-19 measures has prompted Singapore to pause further reopening. More than 80% of its population has been vaccinated against Covid-19.

Turkey to focus on keeping schools open despite COVID-19: Minister

Italy has reported 51 coronavirus-related deaths against 66 the day before, the health ministry said, while the daily tally of new infections rose marginally to 4,578 from 4,552.

Italy has registered 130,284 deaths linked to Covid-19 since its outbreak emerged in February last year, the second-highest toll in Europe after Britain and the ninth-highest in the world. The country has reported 4.63 million cases to date.

Patients in hospital with Covid-19 – not including those in intensive care – stood at 3,958 on Saturday, down from 3,989 a day earlier.

In the past few weeks, South Carolina has set records for Covid-19 hospitalisations and new cases have approached peak levels of last winter. Classes, schools and entire districts have gone virtual, leaving parents frustrated and teachers quitting weeks into the school year.

Since ending South Carolina’s state of emergency on June 7, Republican Governor Henry McMaster has maintained that parents alone should decide if children wear masks in schools, even as the state’s new cases soared from 150 a day on average to more than 5,000.

“We spiked the football too early. Instead of continuing to listen to medical professionals and interpreting the data, he has been guided by Republican Governors Association talking points,” Democratic state Senator Marlon Kimpson of Charleston said of McMaster.

The Republican-dominated Legislature added the provision that effectively stopped most school mask mandates despite guidance from their own state health and education officials, who have said the statewide mask ban in schools took away one of their best tools to stop the spread of Covid-19.

The UAE’s capital had restricted entry into the emirate to those with a negative PCR test. Earlier this month, Abu Dhabi removed the need to quarantine for all vaccinated travellers arriving from international destinations.

Police use pepper spray at protest in Australia

About 1,000 demonstrators gathered in the suburb of Richmond after the location of the protest was changed at the last minute to evade authorities.

There were minor scuffles as well as a violent confrontation involving a handful of protesters. Several protesters were arrested.

Most of the demonstrators defied regulations by failing to wear masks.

Some 2,000 police officers were deployed at road checkpoints and barricades, and on roving patrols, to try to stop the rally going ahead in breach of public health orders.

Russia has reported 799 more fatalities and 20,329 new coronavirus cases in the past 24 hours, according to the country’s official data.

Vietnam has approved Cuba’s Abdala vaccine for use against the new coronavirus, the government said on Saturday, as the Southeast Asian country is battling its worst outbreak.

Abdala becomes the eighth Covid-19 vaccine approved for use in Vietnam, which has one of the lowest vaccination rates in the region, with only 6.3 percent of its 98 million people having received at least two shots.

Vietnam has recorded 667,650 coronavirus infections and 16,637 deaths, the vast majority in the Delta-driven outbreak from late April.

“The ministry of health has approved Abdala vaccine, based on the country’s urgent need for its Covid-19 fight,” the government said in a statement.

Germany has recorded 8,901 new coronavirus cases and 63 more deaths in the past 24 hours, according to official data.

Singapore’s primary schools will shift to home-based learning for 10 days ahead of a key national examination, the education ministry said on Saturday, as the country reported 935 new Covid-19 cases the previous day, the highest since April last year.

Primary 1 to 5 students will move to home-based learning from Sept. 27 to Oct. 6.

Primary 6 students will go on a study break for a few days from Sept. 25 before sitting for the national examination to minimise risk of school-based transmissions and reduce the number of students placed in quarantine.

American Samoa has reported its first case of coronavirus on Friday.

The US territory’s acting governor and health officials said the islands’ first case of Covid-19 was of a resident who returned to America Samoa from Hawaii this week.

The infected traveler flew in on Monday, the first day of newly resumed commercial flights from Honolulu to Pago Pago. The route had been suspended since March 2020.

Officials say the resident was fully vaccinated and had traveled to Hawaii and the US mainland. They say the traveler tested negative for Covid-19 before boarding the flight back to American Samoa.

US panel recommends Covid boosters for people 65 and older

A panel of leading US medical experts advising the government voted in favour of authorising boosters of Pfizer’s virus vaccine for everyone aged 65 and up, as well as people at high risk of developing severe Covid.

The same committee however rejected an initial proposal, submitted by Pfizer and backed by President Joe Biden’s administration, to fully approve boosters to everyone aged 16 and over.

The decisions came after a day-long meeting full of data presentations and at times charged debate that was convened by the Food and Drug Administration (FDA). Tens of millions of Americans will soon be eligible for a third shot.

Mexico’s Health Ministry reported 3,754 new confirmed cases of the virus in the country and 192 deaths, bringing the total number of official infections since the pandemic began to 3,552,983 and the death toll to 270,538.

Some US hospitals forced to ration care amid staffing shortages, surge

Surges in virus cases in several US states this week, along with staffing and equipment shortages, are exacting a mounting toll on hospitals and their workers even as the number of new admissions nationwide ebbs, leading to warnings at some facilities that care would be rationed.

Montana, Alaska, Ohio, Wisconsin, and Kentucky experienced the biggest rises in new virus hospitalisations during the week ending September 10 compared with the previous week, with Montana’s new hospitalisations rising by 26 percent, according to the latest report by the US Centers for Disease Control and Prevention (CDC) on September 14.

Several European Union countries are increasingly opening their doors to Turkish people, who are fully vaccinated against the virus.

Due to the pandemic, many EU countries had stopped issuing travel visas and had even banned the entry of Turkish people with valid travel permits.

Countries that accept only those with the residence permit, have modified their rules in recent weeks.

In the new situation, the EU Commission gave equivalence to Turkey’s vaccination certificate on August 19.