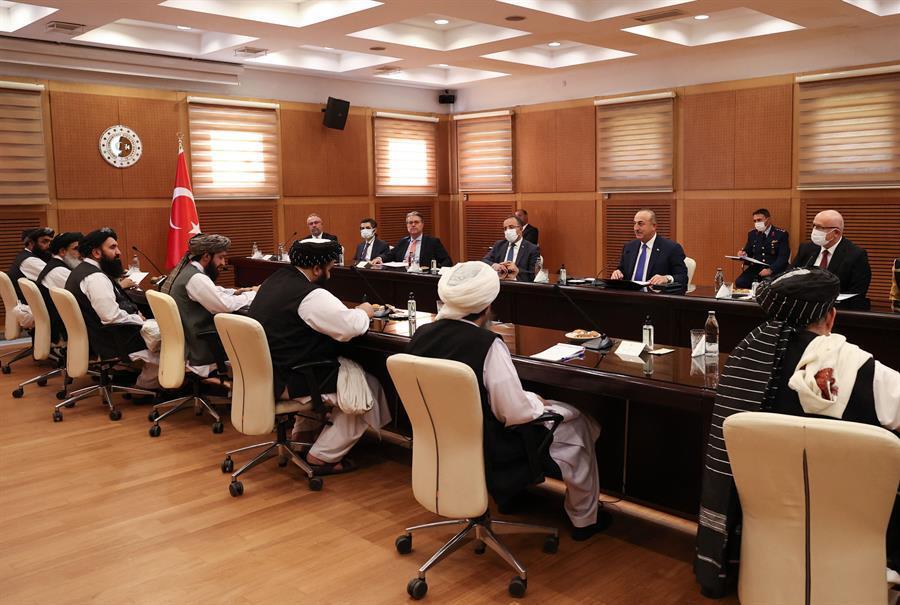 Turkey has urged the Taliban to form an inclusive administration which will include representatives from different ethnic groups of Afghanistan, Foreign Minister Mevlüt Çavuşoğlu said on Oct. 14 after he met with the Afghan delegation led by acting Foreign Minister Amir Khan Muttaqi.

“Today, we told them once again that they must be inclusive for the country’s unity and solidarity. We discussed the significance of including people in the administration from ethnic groups other than the Taliban,” the minister told the state-run Anadolu Agency after the meeting.

Turkey also advised for the education of girls and the employment of women, the minister said, adding, “We said, don’t see this as a precondition from the West or as their demand. We recommended that they see this as an expectation from the Muslim world and other Muslim countries.”

The Taliban asked Ankara to continue its support in humanitarian aid and development projects, Çavuşoğlu said.

The Afghan representatives would also hold talks with Turkey’s Red Crescent, the Disaster and Emergency Management Authority (AFAD) and the Presidency of Religious Affairs, he added.

Çavuşoğlu said that during the talks in Ankara, the Taliban officials said they would give the necessary support for Afghans wanting to return home. Talks also focused on what can be done to prevent an additional flow of migrants, he said.

“We have conveyed our expectations concerning security for the resumption of regular flights,” the minister also said.

Turkey has been working with Qatar to reopen the airport in Kabul for international travel, but repairs are needed before commercial flights can resume. There are currently two airline carriers, Islamabad-based Pakistan International Airlines and Afghanistan’s privately-owned Kam Air, which operate chartered flights to and from Afghanistan but at high costs to account for the insurance.

The Taliban say they want international recognition. They warn that weakening their government will affect security and spark an even bigger exodus of migration from the country.

The visit comes after Taliban officials held a series of talks with the United States, 10 European nations and the European Union in Qatar this week.

In a separate statement on Wednesday, Cavusoglu said he was planning to visit Kabul with some of his counterparts.