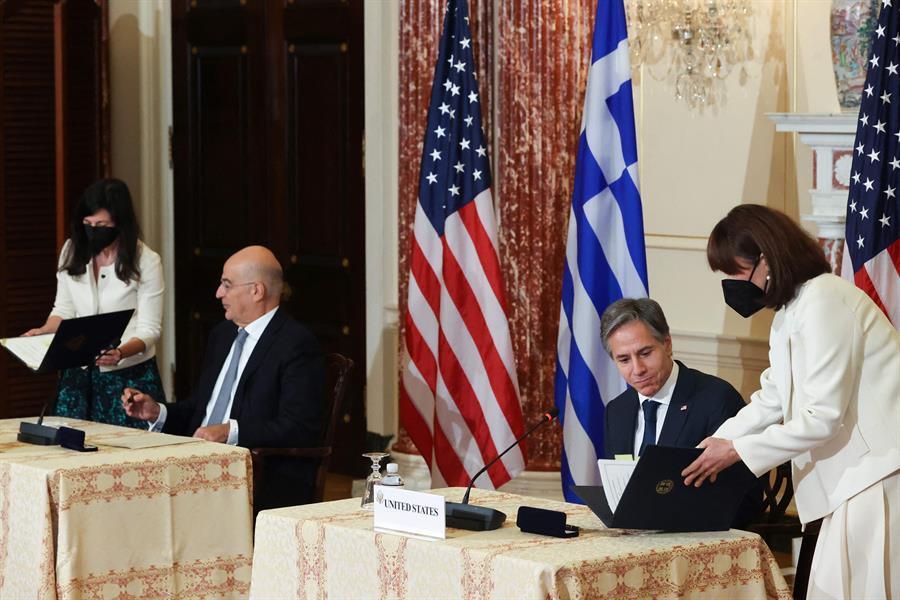 The U.S. and Greece signed an extension of their bilateral Mutual Defense and Cooperation Agreement on Oct. 14 in what the NATO allies said was a win for increased military cooperation and regional stability.

Speaking alongside Greek Foreign Minister Nikos Dendias at the State Department, Secretary of State Antony Blinken said the renewal will allow the agreement to “indefinitely” remain in force and enables U.S. forces to train and operate from additional locations in Greece amid “urgent challenges that are facing both of our countries.”

“Greece and the United States can become an even more powerful force for peace, for prosperity, and for human dignity,” he said. “Greece has been a pillar of stability in the region, and an advocate for democracy, for European integration, and robust trans-Atlantic ties, all of which make us stronger.”

The agreement, first signed in 1990, has been renewed in successive periods with the last extension occurring in 2019.

Dendias said the renewal “is symbolically and substantially the foundation of our long-term partnership.”

“You’re underlining that the United States, as well as Greece, are firmly determined to mutually safeguard and protect the sovereignty and territorial integrity of each country against actions threatening to peace, including armed attacks or threats thereof,” he said.

The extension comes one week after the Greek parliament ratified a pact with France which states Greece will purchase three French frigates that will be delivered in 2025 and 2026. It also includes security cooperation between the two countries, a move hailed by both sides as a step toward European strategic autonomy.

Greek Prime Minister Kyriakos Mitsotakis has emphasized that the agreement includes mutual defense assistance in the event of an attack on either county by a third, referring to the “casus belli” declared by the Turkish National Assembly in 1995.