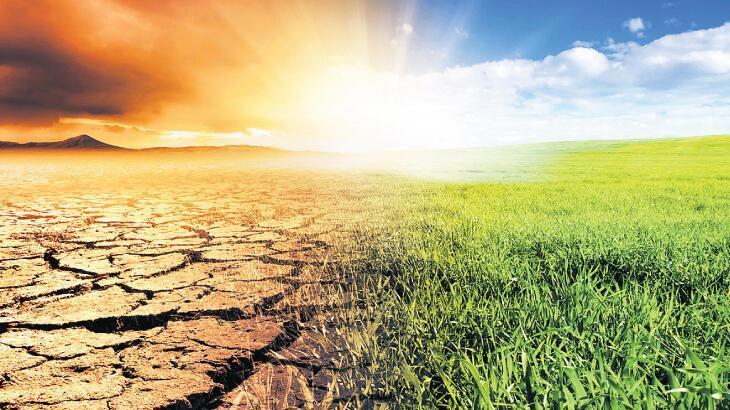 Within the scope of the decisions to be taken in the country’s very first “Climate Council” slated for January, the government will draw its own roadmap to fight against the effects of climate change, Environment, Urbanization and Climate Change Minister Murat Kurum has said.

In his first meeting with the media after “climate change” was added to the name of his ministry, Kurum said, “First, we will form a consultation mechanism consisting of public and private sectors, universities, youth and environmental organizations. Later, we will hold the council with their participation.

“Within the scope of the decisions taken in the council, the country will build a roadmap,” he added.

Noting that the country aims to be a leading country in the “green transformation,” the minister said that “they are working on a large scale plan.”

The Turkish parliament ratified the Paris Climate Agreement on late Oct. 6 and the deal came into force on Oct. 7 after it was published in the Official Gazette.

“We see the Paris climate deal as a milestone for us, targetting ‘zero emission’ by 2053,” he told daily Milliyet.

Now the ministry has two targets in the near future: The first is to configure the “Climate Change and Coordination Board,” and the second is to establish the “Presidency of Climate Change.”

“Lawmakers of the parliament are working on a ‘Climate Law.’ I hope the law will be ratified until the end of this year,” Kurum said.

“We will work [with support from the board and the presidency] on any law amendments needed over fighting against climate change,” he added.

The minister expressed one more target of his ministry.

Apart from the carbon tax, which will be implemented by the European Union, the country will establish its own “emissions trading system.”

“The resulting profit will be used for climate-friendly investments and clean production technologies in agriculture, industry, urbanization and energy. We will subsidize smart technologies,” he said.

One of the goals Kurum eyes on is to form climate-friendly provinces. “From now on, when we consider an urban renewal or an industrial zone in a province, we will ask for solar panels and waste collection centers there. These centers will have wastewater treatment systems that will produce electricity.”

Besides the future projects, the minister also underlined his ministry’s operations.

The ministry has increased the percentage of the protected sites across the country from 9.6 percent to 11 percent in the last two years.

“This means that we have protected land twice the size of Istanbul in one year,” he stated.

“We have saved waterfalls, streams and all creatures living on these lands from the danger of extinction or pollution,” he added.