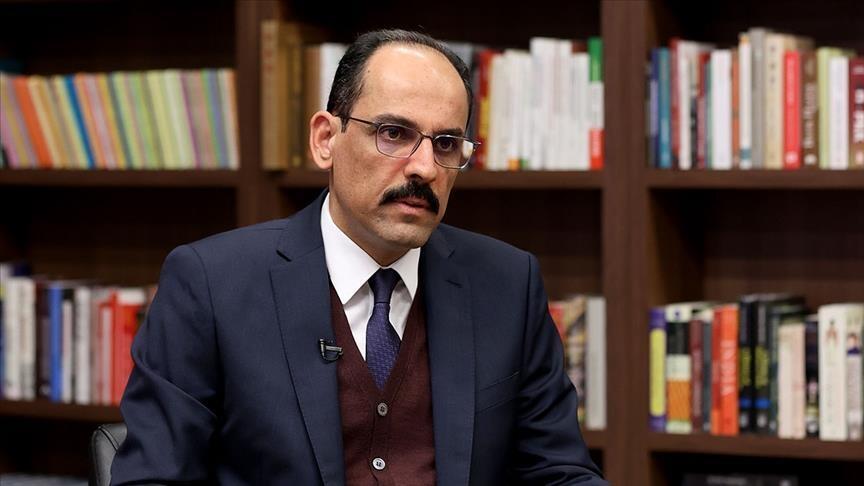 Turkey’s presidential spokesman told a German news website on Oct. 1 that Ankara was a strong NATO member and unconditionally loyal to the alliance.

Ibrahim Kalın told Der Spiegel magazine that Turkey contributed to many NATO missions and problems between member countries should not weaken the alliance.

Kalın emphasized that Europe is a powerful and important continent politically and economically and it should increase its influence and independence in geographical and strategic decisions instead of being overshadowed by the U.S.

He criticized Europeans for looking at Washington first in many decisions and said this was not an indicator of political leadership.

“We want to provide support to the Afghanistan administration for the reopening of the airport. Technical consultations have been initiated with Qatar on this issue,” said Kalın.

He said Turkey’s main focus point was ensuring the government is in a position to help itself and that Ankara is in contact with the Taliban on problems that existed before the group came to power, such as the economic situation, security issues, border protection and immigration.

“The way the Americans left the country created great chaos. We expect the Taliban to form a more inclusive government. The recently announced government has not met the expectations of the international community. But we must also be realistic about our expectations,” he said.

“Some of our European friends criticize us for deploying troops in Syria. However, this should please them. We keep people in areas we control. Only because Turkish soldiers are in Idlib, 2.5 million people are not fleeing the region,” said Kalın.

He said Turkey was treated as an occupying power for damage the country has caused to the PKK terror group.