The evidence presented by Pakistan should be examined seriously by the international community. 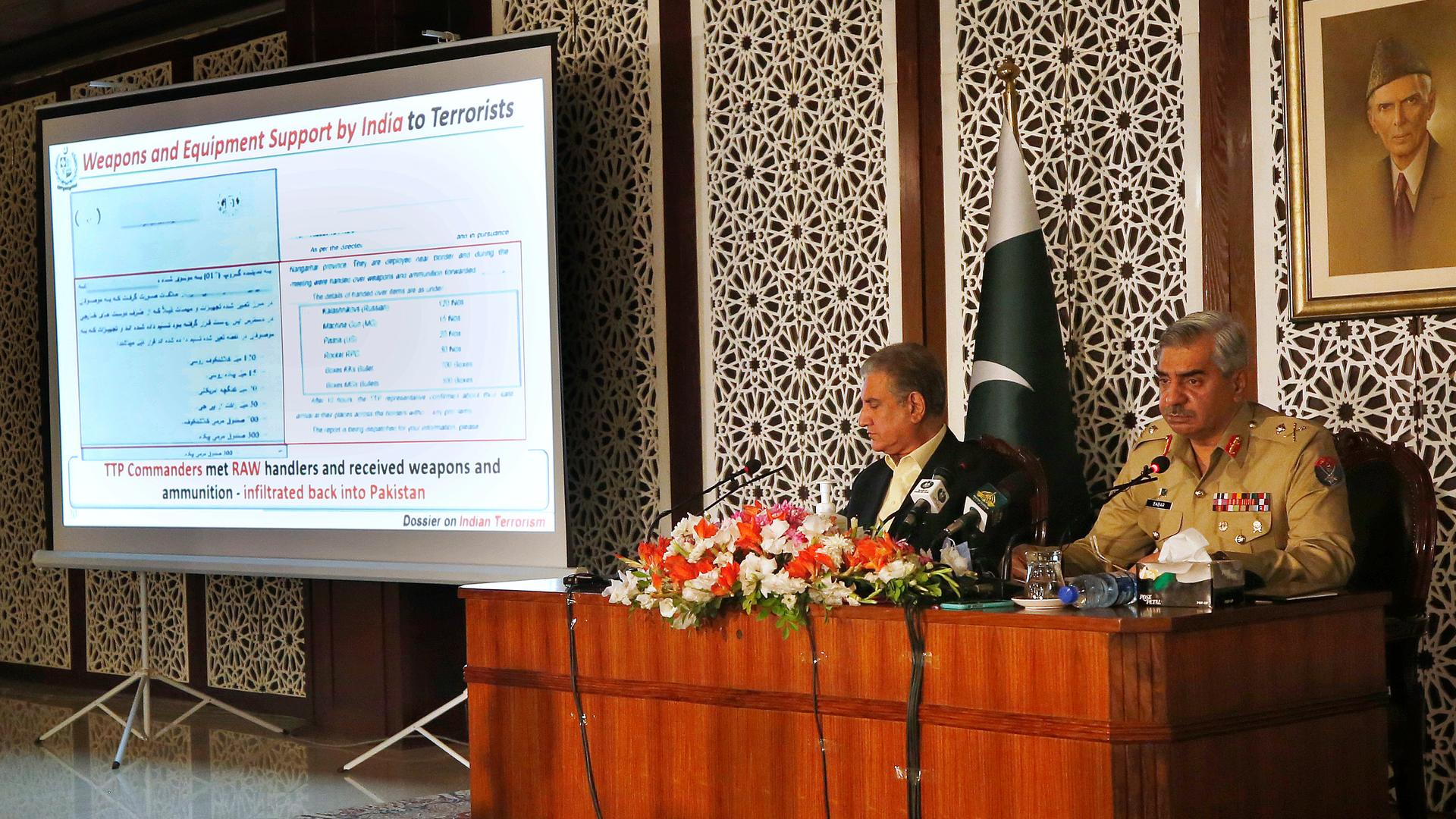 Barely a day after Indian and Pakistani forces exchanged artillery shelling across the Line of Control in Kashmir, leaving 13 dead and dozens wounded, the government of Pakistan came forward with what it claims is “irrefutable evidence” of Indian government ties to terrorism on Pakistani soil.

While Pakistan and India have routinely accused each other of sponsoring terrorism, Saturday marked the first time Pakistani government officials have done so armed with a mountain of evidence to back up their allegations – and thus it now falls upon the international community to take notice.

For too long Pakistan has been exclusively and unfairly branded a sponsor of terrorism in the context of India-Pak relations, the labelling operating as an albatross around the South Asian nation’s neck, one that has stymied the country’s economic-social-political development and helped India successfully sideline the Kashmir conflict from the international agenda.

In the post-9/11 era, Muslim-majority Pakistan has become synonymous with terrorism for the mere fact Muslims and Islam have been made the referent objects in global security discourse, and thus why much of the international community has come to view India-Pak tensions and conflict through this prism. Hindu-majority India is identified as a Western-Judeo-Christian ally in the “War on Terror” and Pakistan an enemy state or one worthy of suspicion.

In the “War on Terror” era, India has found a “favourable strategic environment for sabotage and subversion in Pakistan and this was taken to a new level of violence through state-sponsored terrorism by India,” observe Adeela Naureen and Umar Waqar for the Express Tribune.

It’s for these reasons Indian state sponsorship is one of the least examined topics in global security discourse, but the “uncontrivable” evidence provided by the Pakistani government and military officials at a news conference suggests the Indian government’s absence from terrorism literature should be a thing no more.

“We are now presenting irrefutable evidence to the world to demonstrate the Indian state’s direct sponsorship of terrorism in Pakistan that has resulted in the deaths of innocent Pakistanis. The international community can no longer turn a blind eye to this rogue behaviour,” Qureshi said.

While these revelations are both shocking and damning, they should not be misconstrued as new or controversial, as United States government officials have long recognised Indian state-sponsored terrorism in Pakistan, with former US Secretary of Defense telling an audience at Oklahoma’s Cameron University in 2011 that “India for some time has always used Afghanistan as a second front, and India has over the years financed problems for Pakistan on that side of the border.”

Even current and former members of the Indian Armed Forces have acknowledged India “uses terrorism to counter terrorism” in reference to Pakistan, including the late Indian Defence Minister Manohar Parrikar; Major (Retired) Gaurav Arya, who told a television audience he had participated in terrorist activities in Balochistan; and Naval Commander Kulbushan Jadhav, who was sentenced to death by a Pakistani military court after confessing to carrying out terrorism in Pakistan on March 3, 2016.

In sponsoring terrorist groups and proxy militias that operate in Afghanistan and on Pakistan’s eastern border, India has aimed to mire the country in destabilising violence, weaken its resolve over Kashmir and undermine its economic partnership with China by targeting Chinese state investments in the port city of Gwadar.

Earlier this year, BuzzFeed News released a trove of secret government documents, showing how many of the world’s largest banks and other financial institutions are moving trillions of dollars’ worth of suspicious transactions on behalf of drug cartels, money launderers and terrorist groups, with 44 Indian banks and financial institutions implicated in hundreds of “top-secret suspicious-activity-reports (SARs)” by the Financial Crimes Enforcement Network (FinCen), an agency within the US Treasury Department charged with combatting money laundering, terrorism financing and financial fraud.

Top Turkish, US diplomats vow to continue to work on Afghanistan

While this report raised questions about the extent to which the Indian government has participated or turned a blind eye to the financing and sponsoring of terrorist activities in Pakistan, Kashmir and Balochistan, it’s now reasonable to conclude it is an open and shut case in light of the evidence brought forward by the Pakistani government.

The international community can no longer pretend this isn’t the current reality, as it did in June when the United States and key European powers cited a lack of evidence for its decision to block a move by Pakistan to impose UN sanctions on four Indian nationals for using their work as engineers as cover to provide training and material support to terrorist groups.

These new revelations now demand a robust response from the UN Sanctions Committee, on in which all measures are considered, including an asset freeze, travel ban and arms embargo.

International recognition of the Indian government’s sponsorship of terrorism is a critical step in ending the biased and discriminatory marginalisation of Pakistan and resolving the conflict over Kashmir. The pretence of Pakistani state-sponsored terrorism can no longer be the impasse for global inaction.