French authorities have increased the state of emergency in the country but many view it as a way to exercise greater control over its population. 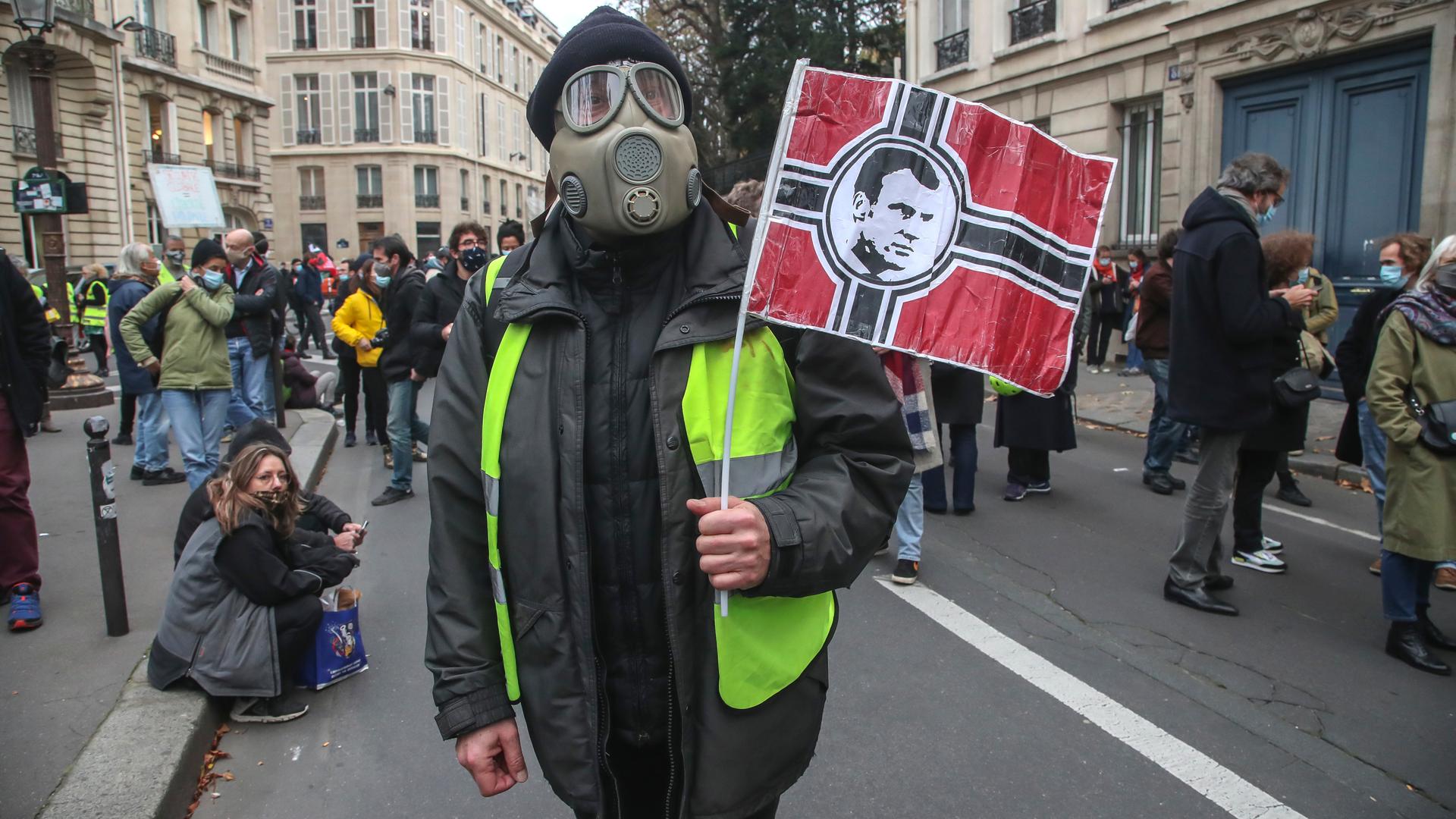 “You can’t confine our anger,” yelled protesters in Paris and other major French cities this past week, re-raising ongoing issues between the people of the state and their president and wider government.

Protests took place through a collective effort of the Yellow Vest collective, a coalition of journalists, the Human Rights Watch, as well as the general public against a law currently being pushed through.

The law of ‘comprehensive security’ pending imminent approval threatens one-year jail sentence plus a 45,000 euro fine for the dissemination of a recording of a police officer (or other policing forces).

Specifically, “disseminating by any means whatsoever and whatever the medium, with the aim of damaging his physical or mental integrity, the image of the face or any other element of identification of an official of the national police or of a soldier of the national gendarmerie when acting within the framework of a police operation.”

This has been met with both concern and outrage by politicians and citizens alike. The protest request was refused twice before approval for the 17th of November, where 33 individuals were arrested and hundreds of injuries were reported. Riot police were dispersed in multiple cities ahead of the protest and used water cannons and tear gas for crowd control; videos swarmed social media of CRS forces beating people with batons, pulling women by their hair, and indiscriminate aim of water cannons and tear gas.

Policing is known to be violent in France; it is currently at a palpably high level throughout the country with the government dealing both with a pandemic as well as a number dangerous incidents by both radical Muslim and white supremacist attackers in recent months. The government is employing two different strategies to control these issues that are undeniably expanding policing powers that are enabling abuse and corruption.

First, in response to recent attacks, Macron has raised the state emergency level of ‘Plan Vigipirate,’ a series of security measures and levels (re)created in 2015 as a response to terror attacks, to the highest level. This, according to the government website, three new actions will be taken by authorities; security at places of worship, in particular for the All Saints’ Day celebrations, and similar; safety of public buildings, with particular attention to schools and health establishments; security of French nationals, interests and holdings abroad. This also means the deployment of up to 7,000 military troops across the country to secure these areas.

Writing from a small French village in the heart of the country, with a very small population — predominantly elderly citizens and small families — tanks have been seen multiple times in addition to a rise in the number of gendarmerie forces as well as the municipal police.

The most concerning part is the government request to actively engage the general population in counter-terror efforts through looking for warning signs and ways to report suspicious behaviour, creating a culture of paranoia in an already extremely polarised society- the citizen is now asked to police his fellow citizen.

In response to the spike in coronavirus cases, Macron decided, almost three weeks ago, to set the country into another lockdown until a minimum of the 1st of December. This included closing down restaurants, even food delivery at certain hours, non-essential businesses, curfews amongst other security and sanitary measures.

However, after suffering in a number of areas in the initial lockdown, from a spike in domestic abuse to an economic crisis, people were not keen to repeat the experience; even the World Health Organization and other health experts advised against lockdowns unless absolutely necessary. This is particularly irksome to the population because throughout the summer the whole country re-opened, including borders when the health system was already clearly stressed and the virus still circulating.

By stimulating the economy, it is a clear consequence, a priori, that patient numbers will increase – irresponsible governance is becoming clear to the population, as well as a growing understanding of police corruption that comes in tandem.

Municipal police, as well as the national gendarmerie, have been dispatched to set up random check-stops all around the country, that is ultimately being viewed as a means for the government to generate money and tighter control over an increasingly rebellious population.

These checks are for a self-authorisation form that you must carry signalling your ID details as well as the motive for leaving the home. If you do not have one with you, you are liable to a fine of 135 euro.

Commercial parking now requires individuals to be wearing face masks and you will often find police in supermarket parking lots, almost hunting, for individuals to fine. This is furthered when officers meet resistance, they quickly invoke the emergency law power and can stop-and-search. This is often done based on appearance, however, when it comes to dispensing fines, there are very few who have one handed to them.

Further to this, if you do not pay certain fines, they compound and increase. A major issue on this topic has been in discussion domestically for the past two years when a report highlighted an annual bonus of 600 euro handed to officers based on the number of fines handed out throughout the year. Further still, the arming of municipal police (generally unarmed patrols) has raised concerns among some segments of society.

Yes, France is facing unprecedented times, and there is a need for a heightened security network. But as it is presented here the government plans seek only to intimidate, profit from, and generate paranoia amongst those living in France.

From unjustifiably aggressive riot police to the dispersal of military troops on the ground, callous and corrupted gendarme forces, and newly empowered municipal police, leaving the house has now turned into a game of Pac-man, even when you are not in the wrong.

Author: Nadine Sayegh
Nadine Sayegh is a multidisciplinary writer and researcher covering the Arab world. She has covered topics including gender in the region, countering violent extremism, the Occupied Palestinian Territories, amongst other social and political issues.
Source