Turkey Stands Firm On Protecting Its Rights In Eastern Mediterranean

Turkish Vice President Fuat Oktay has reiterated Ankara's stance and called on the European Union to adopt a balance approach amid ongoing tensions in the Eastern Mediterranean. 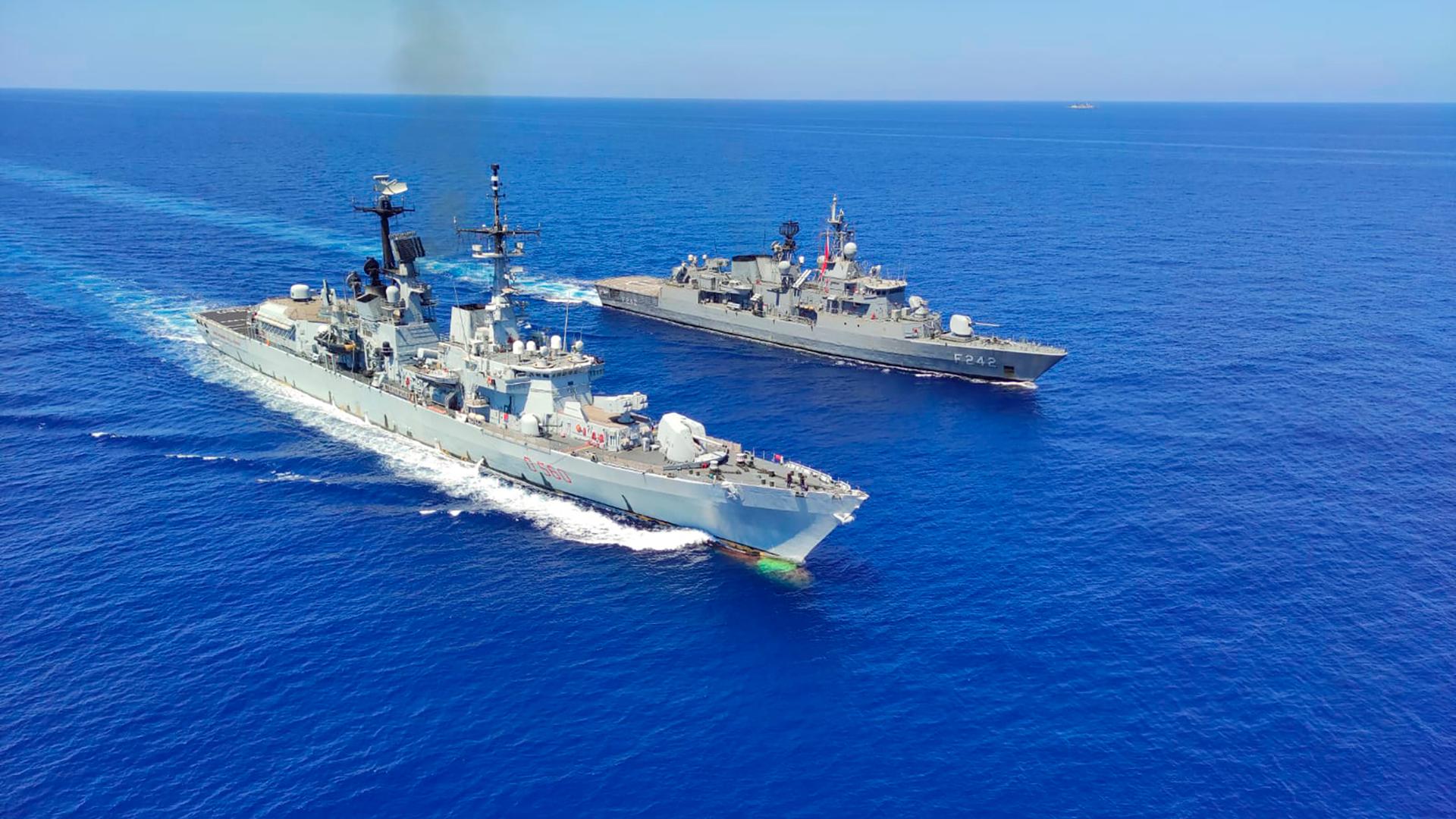 Turkey Stands Firm On Protecting Its Rights In Eastern Mediterranean

Turkey has reaffirmed determination to preserve its sovereign rights in eastern Mediterranean, criticising EU for being insincere “to call for dialogue on the one hand and make other plans on the other”.

In an interview on Saturday Turkey’s Vice President Fuat Oktay said: “Turkey expects equity from the EU, no one should expect Ankara to take a step back based on this equity.”

Oktay further asked: “If the Greek attempts to expand its territorial waters isn’t a cause of war, then what is?” stressing that the country “will protect its rights on every cubic meter in the Eastern Mediterranean waters no matter what.”

“It is insincere for the EU to call for dialogue on the one hand and make other plans on the other, regarding the activities we carry out in our own continental shelf in the Eastern Mediterranean,” Oktay also said on via his Twitter account.

He added: “We [Turkey] are well aware of peace and diplomatic language, but we will not hesitate to do what is necessary when it comes to protecting the rights and interests of Turkey. France and Greece are among those who know this best.”

Turkey has said it would hold a military exercise off northwest Cyprus for the next two weeks, amid growing tension with Greece over disputed claims to exploration rights in the east Mediterranean.

The long-running dispute between Turkey and Greece, both NATO members, flared up after the two countries agreed rival accords on their maritime boundaries with Libya and Egypt, and Turkey sent a survey vessel into contested waters this month.

Both sides have held military exercises in the east Mediterranean, highlighting the potential for the dispute over the extent of their continental shelves to escalate into confrontation.

On Friday night Turkey issued a Navtex notice – an advisory message to mariners – saying it would be holding a “gunnery exercise” from Saturday until Sept. 11 off northwest Cyprus.

The European Union’s top diplomat said on Friday the bloc was preparing sanctions against Turkey that could be discussed at a summit in late September in response to Ankara’s standoff with EU member Greece.

READ MORE: Will tensions in the Eastern Mediterranean escalate further?

Greece disputed Turkey’s current energy exploration in the Eastern Mediterranean, trying to box in Turkish maritime territory based on small islands near the Turkish coast.

Turkey, the country with the longest coastline in the Mediterranean, has sent out drill ships to explore for energy on its continental shelf, saying that Ankara and the Turkish Republic of Northern Cyprus (TRNC) have rights in the region.

Ankara has earlier said energy resources near the island of Cyprus must be shared fairly between the TRNC, which has issued Turkish state oil company Turkish Petroleum a license, and the Greek Cypriot administration of Southern Cyprus.