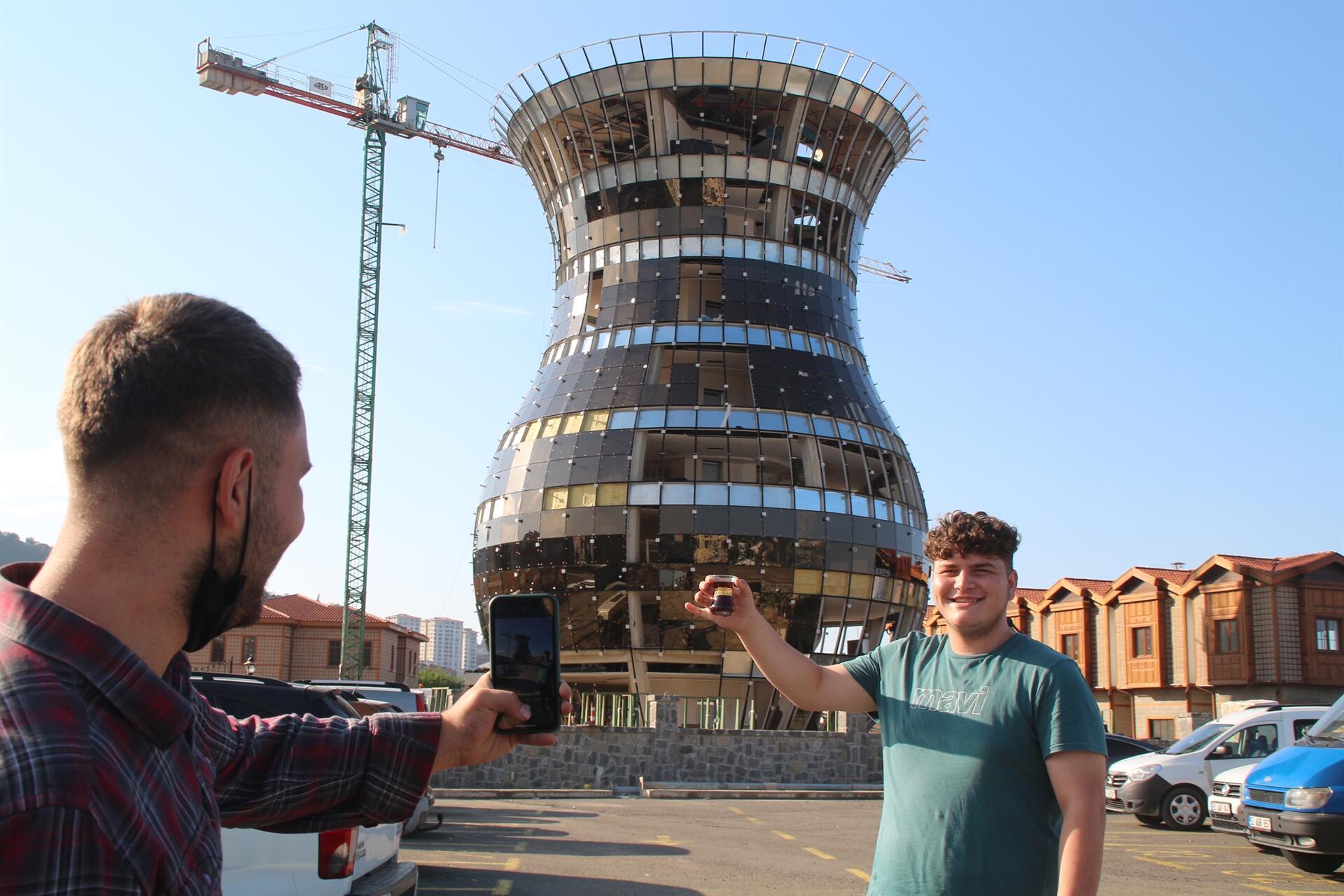 Local authorities have applied to the Guinness World Records to get a seven-floor building in the shape of a tea glass in the Black Sea province of Rize, known as “the capital of Turkish tea,” to be registered as the “the biggest tea glass.”

“It will be a source of pride for us to get a building to enter the Guinness records,” Mehmet Erdoğan, the head of Rize Commodity Exchange, told Demirören News Agency on Oct. 10.

Locals are also proud of the building named “Tea Mall.”

“If Paris has the Eiffel Tower, here we have the tea glass,” Salih Can Keskin, a local getting a selfie with the Tea Mall said.

Tea Mall, constructed by the local commodity exchange, will be a Turkish tea promotion center when it will open to public. There will be tea cafes, a tea museum, a 13D cinema-hall airing movies about tea and an observatory terrace at the 30-meter-high building.

“We designed the mall in the shape of the slim tea glass, which exists in our culture,” said Erdoğan, adding, “The building will enrich the province’s tourism.”

According to Erdoğan, officials from the Guinness Records Book will visit the province to check the mall and the result will be announced in April or May 2022.

“We liked the building because tea is very important for Rize,” Naciye Arıkan Horoz, another local, said proudly, and joked: “Though the windows made it look dark. The constructors have made the tea mall too strong and steep.”

Rize’s being “the capital of Turkish tea” dates back to 1924, one year after the Turkish Republic was established.

As Ottoman Sultan Abdülhamid II was a tea addict, tea seeds were brought from Japan in 1878 and planted in the northwestern province of Bursa.

However, it was understood then that Black Sea was more suitable for tea planting and as of 1918, the first tea seeds were planted in Batum, today’s Georgia.

After the Turkish Republic’s founding, the seeds brought from Batum were planted in Rize. As the result was promising, the first tea factory of the country was established in 1947 in the same province.